Video: In case you missed what was probably the worst penalty shoot-out of all time last night

Or the best, depending on your own personal point of view.

We all know that penalty shoot-outs are tough and are more often than not described as a ‘lottery’ (are they really though?) and there is an awful lot of pressure on the players involved to score from 12 yards given that the stakes are normally very high.

That said, there is no excuse for some of the shambolic efforts from the penalty spot during the Capital One Cup semi-final second leg clash between Manchester United and Sunderland last night, with only three out of the ten players who took penalties hitting the back of the net. It was also widely pointed out last night that the fact that four of the players who missed were English is a worry in a World Cup year, but that is only based on the fairly giant presumption that England will make it past the group stages in the first place.

Some of the missed kicks were simply weak and some of them were comically bad, but Sunderland will care little as they advanced to the final against Manchester City at the expense of a Man United side whose season continues to reach new lows on a weekly basis.

Had David Moyes been on Twitter in the aftermath of the shoot-out last night, his misery would have been compounded by the circulation of a past article from the Sunday Times in which he himself offers advice on how to win a shoot-out… 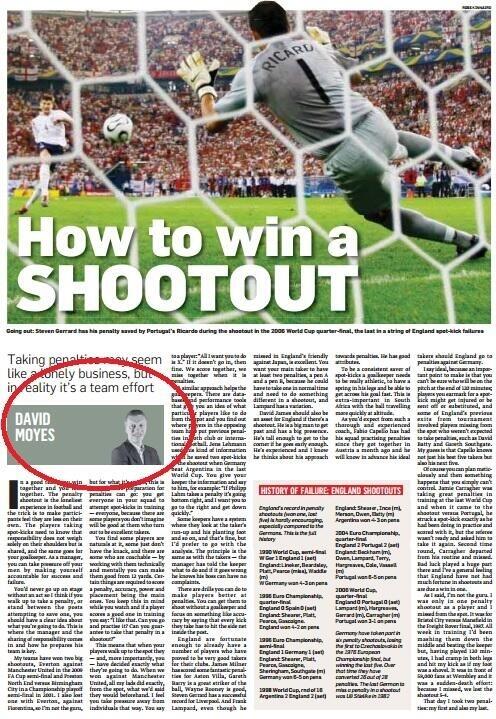 His mood in general, and that of United fans, however, was summed up by his reaction to the howler by David de Gea that looked as if it would eliminate the Red Devils before a late equaliser by Javier Hernandez brought the tie to penalties. 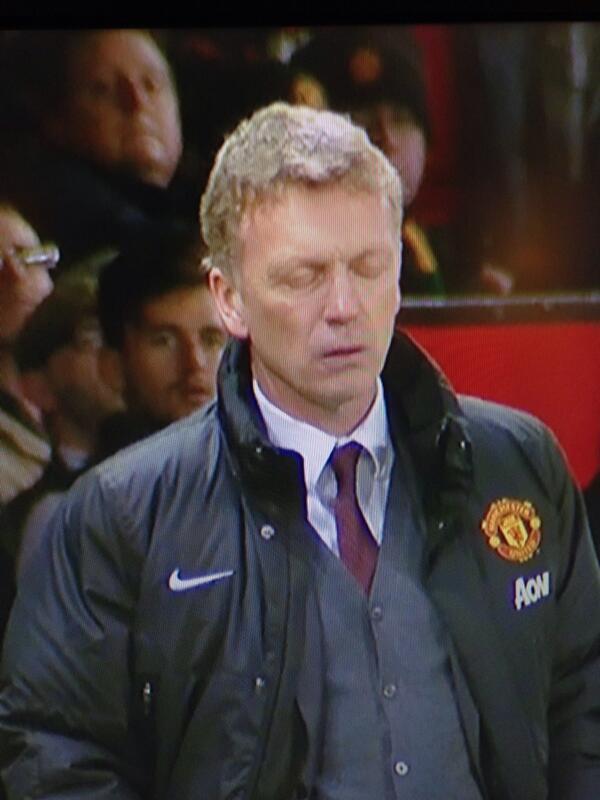 popular
People want "offensive" Crown Paints advert banned after attracting hundreds of complaints
Here's how to make €9-11 on Revolut in just a few minutes
Human remains found in suitcases are the bodies of two children
Netflix has just added 23 very big movies to its library
Arrest made after shop robbed at knifepoint in Dublin
QUIZ: Can you identify the famous song from the opening line?
New car-free town with population of 85,000 set to be built in Dublin
You may also like
2 months ago
BBC trainee accidentally posts message mocking Man United live on TV
1 year ago
COMPETITION: WIN a copy of Eric Cantona's new Manchester United documentary, The United Way, on DVD
1 year ago
Manchester United documentary written by Eric Cantona available to watch at home in Ireland this May
1 year ago
Marcus Rashford launches book club to help kids experience 'escapism' of reading
1 year ago
Paul Pogba releases powerful statement in response to 'fake news' from The Sun
1 year ago
The JOE Pub Quiz: Week 214
Next Page