Video: Remember Domhnall from the Late Late Toy Show? Last night was his big night at the Aviva

Spot the big beaming smile amongst the sea of serious faces in the Ireland team photo before kick-off against Serbia last night.

The result could have gone a bit better, but we’re sure that regardless of the defeat to Serbia, Domhnall Ó Confhaola had one of the most memorable nights of his life as he was given the role of official mascot for the Irish team at the Aviva Stadium.

If you don’t remember Domhnall – and we’re sure you probably do – he is the eight-year old from Connemara who stole the show during the Late Late Show just before Christmas thanks to his endearing personality and his awestruck reaction upon meeting Irish captain Robbie Keane.

During his appearance on the Late Late, Domhnall was told that he would be given the honour of acting as mascot for last night’s game against Serbia and along with captain for the night Glenn Whelan, he led the team out onto the pitch, met President Michael D Higgins and posed for the Irish team photo before kick-off. 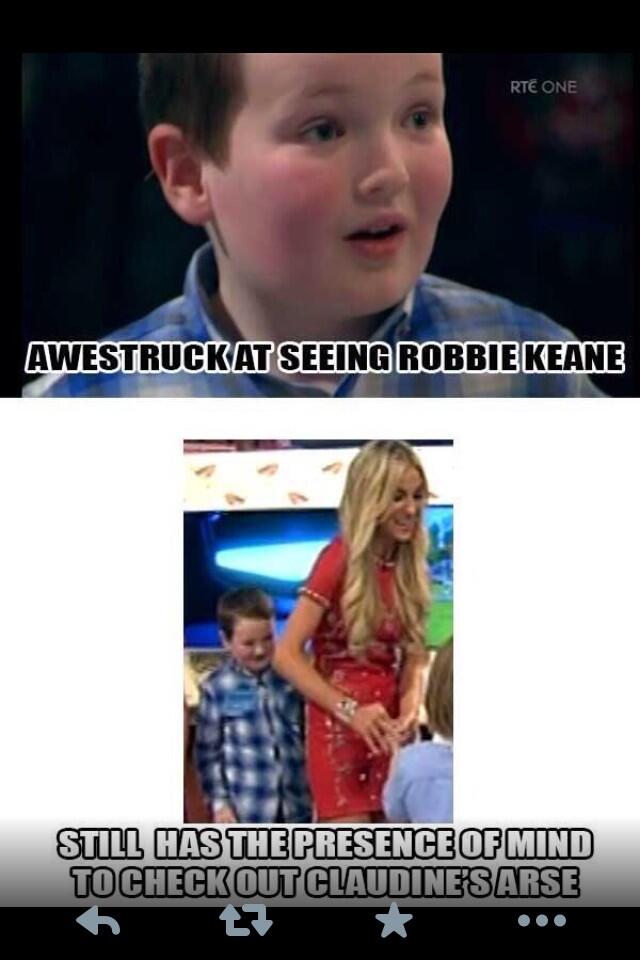 popular
Netflix has just quietly added 12 big movies to its library
Gardaí deny asking Cork shop to stop selling Animal Bars
HSE urges public to stop using popular e-cigarette
Wagatha Christie: Rebekah Vardy storms out of court just 30 minutes into final day
Man dies after being struck by lorry in Tipperary
The 50 most iconic songs of all time* have been revealed
Seven more suspected cases of unexplained hepatitis in Ireland under investigation
You may also like
1 month ago
Fine Gael senator apologises to Robbie Keane over salary comments
3 years ago
Eamon Dunphy is returning to our TV screens in a new series about famous Irish sporting icons
3 years ago
QUIZ: Can you name every country Robbie Keane scored against?
3 years ago
"You cheeky bollocks!" - The key takeaways from Mick McCarthy's first press conference as Ireland manager
3 years ago
Former Irish players have a great story about Brian Kerr and how he raised team morale
4 years ago
"By no means will I be sitting idle" - Robbie Keane wants to keep playing after leaving latest club
Next Page