We’ve seen some crazy goal celebrations in our time but we don’t think we’ve seen as many as detailed or any that take as long as this one by a Brazilian player in Finland.

We’ve never heard of Brazilian striker Marcello Matrone before, but according to the lads at 101 Great Goals, he’s well known for his over the top goal celebrations having acquired something of a reputation in recent years.

He was back to his old tricks during a victory for his side, FC Myllypuron, over HIK at the weekend, when he celebrated a goal by running over to the touchline and donning a curly wig and a red jacket that had been planted there beforehand.

He then launched into a dance routine that incorporated a trademark Michael Jackson spin and crotch-grab, all to the sound of Beat It, which began blaring over the stadium’s PA system as soon as the ball hit the back on the net.

All in all, the celebration took the best part of a minute and seemed to be more important to Matrone than the goal itself, but if anyone is looking for a reason as to why the ref might have added a little more stoppage time, then they can just blame it on the boogie. 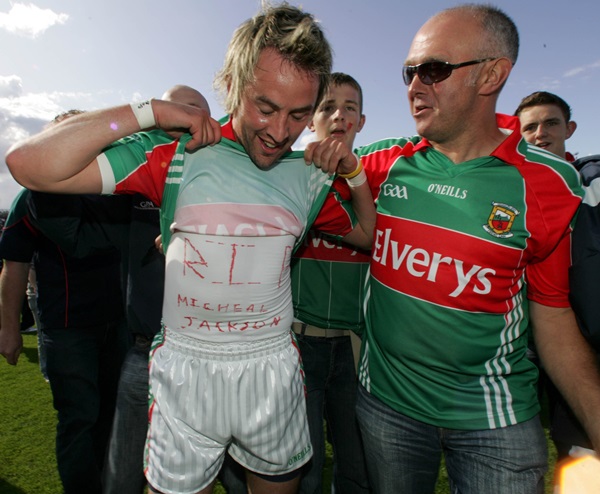