What's all this talk about a Cork passport?

The People’s Republic of Cork as it is affectionately known by local inhabitants has been viewed by many throughout the country as almost a separate entity. The news that next year will see a Cork passport introduced will not be a major surprise to anyone, but why is a passport needed for Cork and who is entitled to one?

We have reported before about the possibility of a Cork passport. Now it has finally come to pass.

Please JOE, tell us you are taking the pi**. A Cork passport?

We wouldn’t lie to you. The Cork Rebel Week passport will be launched as part of The Gathering 2013. The initiative is designed to boost tourism in the county and aid businesses at this challenging time.

Cork people have notions as it is. This could be unbearable.

That is not for us to say. It seems logical to us. The People’s Republic of Cork t-shirts are a pre-requisite for any Corkonian, their own passport is the next logical step.

How do I obtain a passport?

Proof of international travel will automatically entitle you to a passport. Rumours that Paul Galvin has already been refused a passport are unconfirmed as of yet. 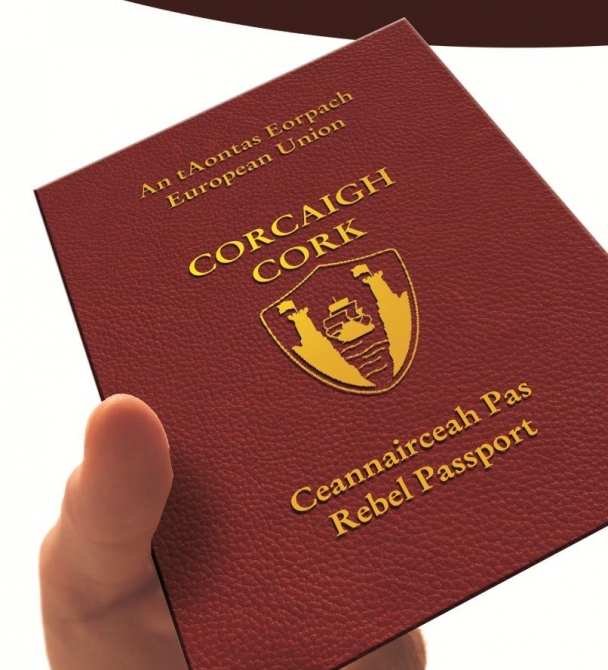 Do I need a passport to enter the Cork boundaries?

No you don’t. As you may have gathered, the passport is just for tourism purposes and is not a passport in the legal sense. You don’t even need to travel to the south to get one. The Gathering is encouraging people to buy one online to help drive the initiative.

So what is the passport for? Just an ego trip?

The Rebel Week passport will give holders extensive discounts in accommodation, hospitality, retail and leisure during Rebel week. So it makes sense financially to get a passport.

Okay, well if it gives you discounts maybe it’s not so bad. When is Rebel Week?

Rebel Week runs from the 14th-20th October 2013, which leads up nicely to the international jazz weekend the following week.

Seems like a good initiative. As long as I don’t develop the accent and turn into a langer while I am there.

Well that is entirely up to you and whether you are a social chameleon. The initiative will be formally launched at the end of January.

The move is sure to be met with scepticism, head-scratching and heavy sighing, but that is the reaction Cork folk derive at the best of times.

popular
One of the best movies of the decade has just been added to Netflix
20 years ago, one of the best sci-fi movies of the 21st century was a box-office bomb
Face of boy attacked by dog in Wexford is "completely destroyed", says his family
Surprise frontrunner emerges as potential next James Bond as producers 'love him'
Katherine Ryan says famous TV star is a ‘predator’ and everyone in industry knows
U2 drummer Larry Mullen Jr. says band may perform without him in 2023
One of the scariest films of all time is among the movies on TV tonight
You may also like
6 years ago
Here's why all Heinz ketchup bottles have the words '57 varieties' on them
6 years ago
JOE meets Brian O'Sullivan, the man behind Camile Thai Kitchen
6 years ago
Good news because Chopped is opening five new restaurants in Dublin and Kildare with 110 jobs created
6 years ago
RTÉ presenter's new app will measure how many people are talking about your favourite TV shows
6 years ago
Ireland are on the ropes and people are absolutely crying out for Wes Hoolahan to be introduced
6 years ago
WATCH: This video showing 'hand-rolled ice cream' in Dublin is mesmerising
Next Page