With the launch of their debut album 'Bad Blood', Bastille's day in the sun has arrived... the first of many

JOE takes a look at four Londoners driven by a man with a brilliant quiff and an awesome voice, on the road to success – Bastille.

London neo-synth pop group Bastille have released their new album 'Bad Blood' with its single 'Pompeii' reaching number five in the UK charts already and number 3 in the Live iTunes Top Ten. The band may have only been playing together a brief three years, but they have managed to amass a huge festival following and an impressive collection of music. 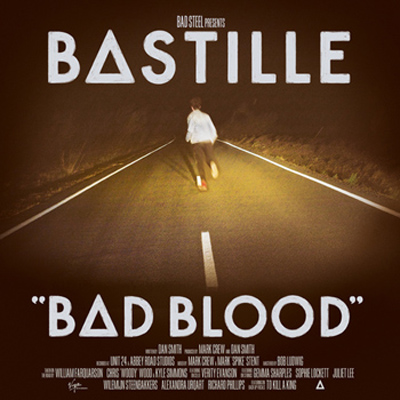 Bastille’s new album, ‘Bad Blood’ features the new chart hit ‘Pompeii’, a catchy, 80’s–esque tune that is sure to get folk dancing about the place with it’s playful synth pokes. The band were formed by singer/ songwriter Dan Smith (the quiffed one) in 2010 and named themselves Bastille as Smith was born on Bastille day - July 14. The band includes Smith, Chris 'Woody' Wood, Will Farquarson and Kyle Simmons.

Bastille have already become favourites at Glastonbury and The Isle of Wight festival and supported Brit Award winner Emeli Sande last year. They signed to Virgin Records in December 2011 and their songs have been slowly sneaking into mainstream via TV shows such as The Vampire Diaries (Oblivion), Made in Chelsea (Flaws) and Hollyoaks (Get Home).

Bastille have also been supporting Two Door Cinema Club on tour recently and covered an impressive mash-up of some Bruno Mars, The XX and Rihanna in the BBC Live Lounge.

The Big Reviewski || JOE · TBR Spotlight: The Falcon and the Winter Soldier Episode Five - 'Truth'
popular
The JOE Friday Pub Quiz: Week 239
The 50 most iconic songs of all time* have been revealed
PICS: The man with the biggest penis in the world has one unbelievable problem with it
Amazon is spending $650 million just on the first season of their The Lord of the Rings show
Stephen Donnelly says he "couldn't care less" about being mentioned by his department on Twitter
Peaky Blinders star Helen McCrory dies aged 52
People think they've figured out the ranking of the viewers on your Instagram Stories
You may also like
4 years ago
This new app will help you keep track of the Luas strikes
4 years ago
TWEETS: Mixed reaction as Joan Burton steps down as leader of the Labour party
4 years ago
VIDEO: All the thrills and spills from the AIB Start-up Academy Final
4 years ago
Which one of our finalists is going to be our AIB Start-up Academy Final winner?
4 years ago
JOE speaks to AIB Start-up Academy finalist Martin O'Connell from Nasal Medical
4 years ago
Snapchat's latest filter has been described as "offensive", "racist" and done in "poor taste"
Next Page