Continuing our World Cup previews, we have a look at another of the Group A teams, Croatia.

He's the little man who conducts operations from the middle of the park for Croatia and also at his club Real Madrid. We are, of course, talking about the supremely gifted Luka Modric (pic below). He was a much sought-after midfielder when playing with Spurs in the Premier League, mainly due to his brilliant attacking displays, and both Chelsea and Manchester United identified him as a key signing. 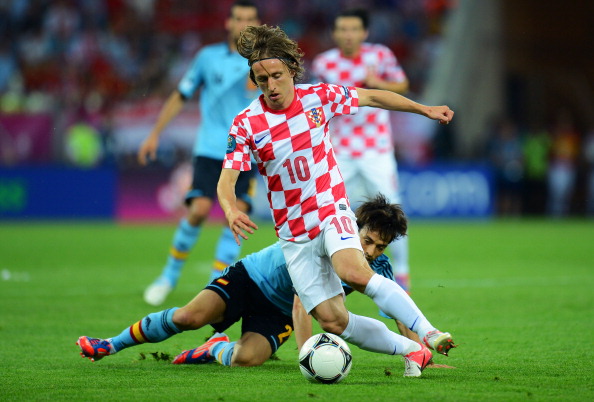 He opted to move to Spain and the pressure cooker atmosphere of the Bernabeu and despite a slow start, he has now become a fixture in the Real Madrid line-up. A constant, buzzing, probing presence in the heart of midfield, if Croatia are to make an impression at this World Cup, they will need Modric to be at his best.

He may have had a disappointing season with his club in terms of appearances, but 20-year old Mateo Kovacic from Inter Milan is a player of great quality. Brazil could be the perfect platform for him to show exactly why, as an 18-year old, Inter paid his former club Dinamo Zagreb a whopping €15 million to secure his services. 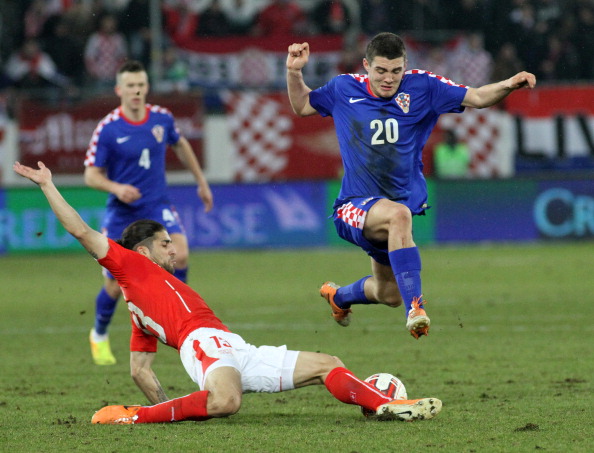 Giovanni Trapattoni once described Kovacic as a mixture of Kaka and Seedorf. Lofty praise indeed and it will be fascinating to see how the youngster gets on in Brazil.

Shortly after becoming manager, former Croatian boss Slaven Bilić and his rock band released a single, "Vatreno Ludilo" (Fiery Madness), which recalled the team's progress during the 1998 World Cup and praised their present ambitions. The song went to number one in the Croatian charts. Now imagine Martin O'Neill and Roy Keane doing likewise?

During Euro 2012, which, let's face it, was a huge disappointment for the Irish, the bond between Croat and Irish supporters was great. Both sets of fans sang heartily together in the square in Poznan and got on famously well. Some more than others as you can see here.

Borgen. It's a local TV drama which is punching way above its weight and impressing people all around the world. Croatia has a population of only 4.5 million and despite this, they have an outstanding record in qualifying for major football tournaments including an amazing third place finish at the World Cup in France in 1998.

Croatia will give anybody a hard match, but they will find it tough going in Brazil. They will put it up to the hosts in the opening game before succumbing to the inevitable and then we see it as a straight fight between them and Mexico for the runners-up spot in the group behind Brazil. My gut is telling me that it is Mexico who will edge that battle so I am predicting Croatia to finish third and thus be heading home early.

popular
Netflix has just quietly added 30 big movies to its library
Welder awarded €15,000 for unfair dismissal despite admitting to drinking alcohol before work
One woman dead and four injured after separate crashes in Clare and Mayo
10 years ago today, the scariest movie ever made (according to science) was released
Amazon Prime Video has just added 37 big movies to its library
Netflix reveals full line-up of new shows and movies arriving in October
Man in his 40s dies following assault at funeral in Kerry
You may also like
7 years ago
Video: It's a year today since the most remarkable game of last year's World Cup
7 years ago
Opinion: The late, great Bill O'Herlihy and what made him such a national treasure
7 years ago
Video: The best showboating from this summer's World Cup in Brazil
8 years ago
Video: The Tralee man with the most famous GAA jersey at the World Cup has made a video recounting his amazing experience
8 years ago
GIFs: FIFA reveal the best goals of the 2014 World Cup
8 years ago
FIFA announce a team of the World Cup based on fan votes and it has a few issues
Next Page