It's nearing the end of Christmas party season but one employment law firm in Cork is advising employers to call an end to Christmas parties permanently.

John Boylan of BDM Boylan Solicitors said employers should seriously consider not having Christmas parties as he said he's aware of 20 people suspended from work in Cork this year for their Christmas party behaviour.

Speaking to Patricia Messinger on C103's Cork Today Show, he said that three of those 20 have already been dismissed from their positions.

"Behaviour is getting worse," Boylan said.

"We’ve found a big upsurge in assaults happening at Christmas parties and drug use is getting much more common."

Boylan said that the Labour Court and ordinary courts in Ireland have decided the Christmas party is an extension of the workplace and therefore employees are subject to the same disciplinary procedures and dignity at work policies as in the office.

However, Boylan believes that some employees are not treating it like a work event and free bars at the party are not helping matters. 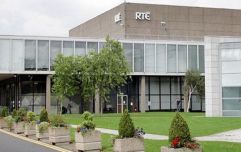 END_OF_DOCUMENT_TOKEN_TO_BE_REPLACED

"A lot of employers are discovering a new trend, which is nudity at Christmas parties.

"In Ireland when some people hear free bar, they think there’s going to be no tomorrow and they get, literally, out of their minds hammered and they end up taking all their clothes off in the middle of the dance floor."

Boylan thinks alternatives to Christmas parties should be considered by employers.

"If you asked the question if people want a Christmas party you might be surprised that in a lot of cases they don't," Boylan added.

"In over 50% of cases I can say it actually negatively affects morale. You can give up to a €500 voucher to people tax-free for example."