20 new stores will bring the number of Centra stores in Ireland to just under 500.

Centra’s plans come on the back of the announcement of a record sales figure of €1.7 billion in 2019, a 4% increase on the year previous.

The new stores and new jobs will form part of a €27 million investment package, which will also see a number of stores across the country being revamped. Centra currently employs almost 11,000 people across 473 stores in Ireland.

Centra says the increase in the sales figure stems from a 2016 brand repositioning to offer healthier food options - including new vegan, vegetarian and prepared evening meal offerings - and the success of its ‘Inspired By’ gourmet range, Frank and Honest Coffee and Moo’d ice-cream kiosk.

Speaking at Centra’s annual conference at the Great Southern Hotel in Killarney, Martin Kelleher, Centra Managing Director, said: “Centra continued to go from strength to strength in 2019, benefitting from the brand repositioning a number of years ago to transform the convenience store experience. 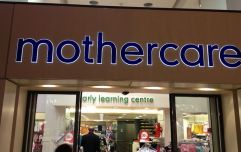 END_OF_DOCUMENT_TOKEN_TO_BE_REPLACED

“People increasingly view Centra as a destination shop, so we’re seeing increased footfall as groups of consumers eat together in-store or do top-up shops for dinner. We continue to surpass shoppers’ expectations by rolling out new innovative and healthy ranges and working hard to ensure our customers have a great experience in our stores.

“We could not deliver any of this without our retailers, who are some of the best entrepreneurs in Ireland. They have embraced our new ideas and also shared their own innovative solutions with us to spread across the network. As a result, Centra continues to lead in the convenience market.”