Over half of Irish professionals believe their career progression has been limited by an identifying factor such as race, gender, or mental health status.

A little under half of female professionals in Ireland believe that their prospects of being hired for a job were hampered during the interview process because of their gender.

Female professionals in Ireland are more than three times as likely to feel their chances of selection for a job have been lowered because of their gender than men (46% vs 14%), according to The Hays Ireland Diversity & Inclusion Report 2019.

More than 770 employers and employees were surveyed to determine the findings in the report, which also detailed that just under eight in 10 Irish professionals believe that hiring managers would benefit from ‘unconscious bias’ training.

Unlike explicit bias or prejudice, ‘unconscious bias’ is a subtle, learned stereotyping behaviour that forms subconsciously and can influence a person’s attitude towards a group of people based on a characteristic, such as their race, age, gender, or sexual orientation.

Research in The Hays Ireland report reveals that only a third of Irish professionals say their organisation currently provides this kind of training.

It was also revealed that 44% of professionals think that their organisation’s leaders have a bias towards hiring people who look, think, or act like them, a significant reduction on the last year, when the figure stood at 55%. 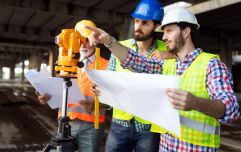 END_OF_DOCUMENT_TOKEN_TO_BE_REPLACED

Just over half (51%) of Irish professionals, meanwhile, believe their career progression opportunities have been limited by an identifying factor, like race, gender, or mental health status and a similar portion of professionals (52%) believe that their chances of selection during interview have been reduced because of their age.

Other findings in the report included:


popular
Downton Abbey creator confirms plans to start work on a sequel
The 50 most iconic songs of all time* have been revealed
Louis Walsh explains why he grabbed Mel B's backside on television
QUIZ: How many of these Recess characters can you name?
WATCH: Trailer released for CG remake of Pokémon: Mewtwo Strikes Back
QUIZ: How many of these characters from Breaking Bad can you name?
Disney+ has brought forward its launch date in Ireland and confirmed its price
You may also like
2 weeks ago
Irish company sees productivity increase by 27% after introducing four-day week
1 month ago
Minimum wage in Ireland to rise to €10.10 per hour next year
1 month ago
Screwfix to create 400 jobs in Ireland across 40 new stores
1 month ago
Bosses at big Irish companies are earning 50 times the average employee salary
1 month ago
Two in five Irish professionals are dissatisfied with their salary
2 months ago
800 employees to get pay rise as Lidl Ireland commits to matching latest living wage
Next Page