Michael Carey, Co-Founder of East Coast Bakehouse and a man who has played a massive role in Ireland's biscuit industry in the last 30 years, has some strong words for the vast majority of food companies.

When it comes to the food industry in Ireland, nobody knows more than Irish biscuit tycoon Michael Carey.

This week's guest on The Architects of Business in partnership with EY Entrepreneur Of The Year™, Michael talks about the lessons he learned from losing his job as Managing Director with Kellogg's in the UK and Ireland and his time running Jacob's biscuits.

"The obsession that very few food companies have is an obsession with food," he insists.

"And getting the food right.

"Getting the quality of the food, the taste of the food, the nutrition of the food, getting those elements right should be the most basic but it's extraordinary, (many) food companies, particularly the big ones... they really don't take care of their food."

Michael - an EY Entrepreneur Of The Year™ Finalist in 2005 and current programme judge - insists that there is a massive pressure on food companies to sell products cheaply.

"There's a process of re-engineering of food products to get costs down, there's a huge pressure on food manufacturers to sell products cheaply. Consumers expect cheap products, retailers push down the cost of products. The response from food manufacturers generally is to shave the quality of the food." 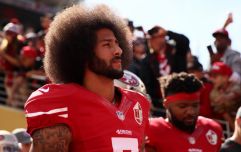 END_OF_DOCUMENT_TOKEN_TO_BE_REPLACED

He describes how companies are going through a 'salami slicing process' - gradually reducing the quality of ingredients unbeknownst to the consumer, until the product becomes noticeably inferior - and in the biscuit trade one particular base ingredient, Palm Oil, is not doing the public any favours.

The Architects of Business, brought to you in partnership with EY Entrepreneur Of The Year™, is available every Monday morning on iTunes, SoundCloud and YouTube.


popular
Study shows it takes men four months of dating before they’re happy to share food with their partner
Tayto have launched two brand new crisp flavours for you to get stuck into
Met Éireann issues status yellow rainfall warning for four counties
Gardaí launch investigation into four-lane motorway sulky race
Here are all the best new titles coming to Netflix in March
The story behind Netflix's latest true crime documentary is absolutely off-the-wall bonkers
It's Week 20 of JOE's 19 in 90 quickfire quiz
You may also like
15 hours ago
Woman plays violin while surgeons remove tumour from her brain
21 hours ago
A breakdown of the radical new immigration points system proposed for the UK
2 days ago
World's richest man commits $10 billion to help fight climate change
2 days ago
Irish passengers are on board two ships where the coronavirus has been detected
4 days ago
R. Kelly faces new charges alleging sexual abuse against a minor
1 week ago
242 new deaths recorded on deadliest day of coronavirus outbreak
Next Page