Each week here on JOE we’ll be bringing you the personal thoughts and tips from Irish entrepreneur Michael Cowan, founder & CEO of the Manor Brewing Company.

“If you build it they will come”

After revealing the name of our new beer Mont™ exclusively to JOE.ie readers last week, I’ve been getting a lot of positive feedback, which is always appreciated in the pre-launch phase. Now that we have given our beer a name, designed primary packaging, created a product range, and started our pilot brews, next comes the hardest part in bringing our beer to market. Unlike Kevin Costner’s famous line in Field of Dreams, starting up a craft brewery isn’t simply a case of ‘if you build it they will come’. Unfortunately... 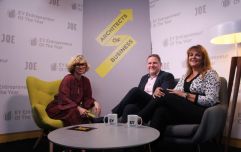 "Keep staying true to your mission" – Guiding your business through Brexit

END_OF_DOCUMENT_TOKEN_TO_BE_REPLACED

Our proposed brewhouse building, ‘The Bell Tower’ was built in the eighteen century, on the grounds of the Manor, in the granite village of Manor Kilbride in the Wicklow Mountains. Originally it was used for barley & wheat grain storage when The Manor was a working farm. At one point it was providing barley for the Guinness malt houses in the late 1800s. My wife’s family, the Cullys, bought the Manor in the 1960s, and The Manor has been my adopted home since 1998 (I’m an expat Kiwi, incidentally). So in 2014 it has come full circle and is now home to our new business, the Manor Brewing Company.

At this stage of our evolution, the single biggest challenge we now face is getting planning permission from the Wicklow County Council to brew for commercial production from the Bell Tower. It is a key element of our unique business model, and fundamental to creating an authentic Irish mountain beer. Waste water treatment, building renovations, traffic management, and health & safety are the main areas that need WCC approval before granting planning permission.

In order to understand how other craft breweries got through their early planning hurdles, and to seek advice from some of the pioneers of craft brewing, I’ve been out visiting a few craft breweries. During a visit to Sam Black’s Kinsale Brewery recently (www.blacksbrewery.com), Sam remarked that there seems to be a lot of ‘mountain beer’ popping up at the moment, and he was bemused by it given that Ireland's ‘mountains’ are hardly the Alps!

As a New Zealander myself, you’d think I’d be inclined to agree, but after living under the pristine Wicklow Mountains for many years (and even drove off the edge of the Sally Gap once, in snow & ice), I’ve learnt it’s not size that matters when it comes to mountains, it’s the purity!

See you back here next week for our 4th episode of our Start-Up Diary. In meantime, follow us on Twitter @ManorBrewingCo for more status updates.

popular
County where winning Lotto jackpot ticket worth nearly €9 million was sold confirmed
Dublin Bus and boat involved in city centre collision
Netflix has just quietly added 30 big movies to its library
Here's the line-up for this week's episode of The Late Late Show
Welder awarded €15,000 for unfair dismissal despite admitting to drinking alcohol before work
10 years ago today, the scariest movie ever made (according to science) was released
Graham Norton reveals the one celebrity he'd love to have interviewed
You may also like
4 years ago
Top entrepreneur Tom Brennan names the one mistake he wishes he never made in business
4 years ago
"It’s impossible to break him!" - Top sports scientist describes Ireland's most durable player
4 years ago
“I told him he was mad!” – Cully & Sully on their early days in business
7 years ago
Calling all entrepreneurs! The AIB Start-up nights are back in town
7 years ago
JOE meets the Irishman & former pro gamer aiming to create the world’s safest online gaming community
7 years ago
30-year-old entrepreneur increases company’s minimum wage to €65,500 a year
Next Page