Almost €7 billion worth of EU products will have duty taxes imposed upon them.

A long list of EU products named by the US government will be subjected to tariffs of up to 25%, following a judgement made by the World Trade Organisation (WTO).

It is in reaction to the Trump administration claiming that EU governments have illegally subsidised aircraft manufacturer Airbus.

US Trade Representative Robert Lighthizer stated: "For years, Europe has been providing massive subsidies to Airbus that have seriously injured the US aerospace industry and our workers.

"Finally, after 15 years of litigation, the WTO has confirmed that the United States is entitled to impose countermeasures in response to the EU’s illegal subsidies. Accordingly, the United States will begin applying WTO-approved tariffs on certain EU goods beginning 18 October.

"We expect to enter into negotiations with the European Union aimed at resolving this issue in a way that will benefit American workers." 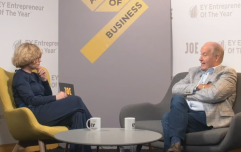 "We never sat down with a strategy," Jack Dobson on taking a leap of faith

END_OF_DOCUMENT_TOKEN_TO_BE_REPLACED

The WTO have authorised the US to impose duties on $7.5 billion (€6.85 billion) worth of European goods, some of which include Irish butter, cheese, liqueurs, and pork products.

The full list of EU products can be found here, which appears to include whiskey produced in Northern Ireland (but not the Republic Of Ireland), but does also include any and all Irish shellfish and any juices produced in Ireland.


popular
Downton Abbey creator confirms plans to start work on a sequel
The 50 most iconic songs of all time* have been revealed
Louis Walsh explains why he grabbed Mel B's backside on television
QUIZ: How many of these Recess characters can you name?
WATCH: Trailer released for CG remake of Pokémon: Mewtwo Strikes Back
QUIZ: How many of these characters from Breaking Bad can you name?
Disney+ has brought forward its launch date in Ireland and confirmed its price
You may also like
2 months ago
Irish company "started at a kitchen table" sold for €326million
2 months ago
Gardaí warn of ongoing banking scam as businesses lose hundreds of thousands of Euro
2 months ago
"I won't be a pen pusher," Blue Insurance co-founder Ciaran Mulligan
3 months ago
Irish company launch new emission-free electric mopeds to combat traffic congestion
3 months ago
EY announces creation of 600 jobs across six cities in Ireland
3 months ago
Business people should be able to listen to their gut and not their accountant – Niall McGarry
Next Page