The bill is due to be debated in the Dáil on Thursday.

A bill proposing the legalisation of medicinal cannabis in Ireland is expected to be passed through Dáil Éireann.

The bill, proposed by People Before Profit TD Gino Kenny, provides for the regulation of cannabis for medicinal use so that patients can receive a legally protected, secure supply that is safe and effective.

END_OF_DOCUMENT_TOKEN_TO_BE_REPLACED

According to the Irish Times, the bill has the support of Fianna Fáil, Sinn Féin, Labour, the Social Democrats, the Green Party and the Anti-Austerity Alliance.

The Independent Alliance, meanwhile, which consists of Michael Fitzmaurice, Tom Fleming, John Halligan, Finian McGrath and Shane Ross, are to exercise their right to a free vote on the proposed legislation.

The bill will be debated in the Dáil on Thursday, with a vote expected to follow next week and with such a high level of support, it is anticipated that the bill will be passed. 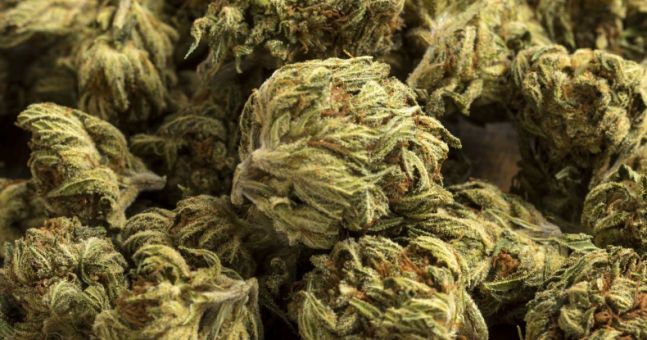 If and when it is passed, the bill, which proposes the establishment of a cannabis regulatory authority tasked with regulating the sale, labelling, advertising and marketing of cannabis and related products, will go to the Oireachtas health committee for examination.

Health Minister Simon Harris is said to have concerns about the bill and is awaiting a report from the Health Products Regulatory Authority (HPRA) about the issue, a report which is due in January.

Harris, as well as Sinn Féin, Fianna Fáil, Labour and the Independent Alliance, are likely to seek changes to the bill at committee stage.

House of Rugby Ireland · Munster can't beat Leinster, Six Nations squad and John Cooney interview
popular
Half of arrivals into Ireland this week were returning from holidays, says Taoiseach
Scrubs, Family Guy and Grey's Anatomy coming to Disney+
Hedge fund requires bailout after Reddit users cause 800% increase in GameStop shares
QUIZ: Can you name all of these countries just from one of their cities?
Marc MacSharry says "if the KKK is selling a vaccine", Ireland should buy it
RTÉ Prime Time footage shows tanned Irish holidaymakers returning from Lanzarote
Proud Boys leader has past of working undercover for law enforcement
You may also like
18 hours ago
Taoiseach Micheál Martin says people need to stop going on holidays
5 days ago
NPHET in favour of stopping all non-essential travel
6 days ago
“Nothing is more serious.” HSE Chief warns of worsening Covid-19 situation in Irish hospitals
6 days ago
‘Dark red’ zones with stricter travel restrictions set to be introduced in the EU
6 days ago
Leo Varadkar: We are "nowhere near where we need to be" to begin easing lockdown restrictions
1 week ago
Covid restrictions to last "well into February," says Coveney
Next Page