The cheapest and strongest alcohol products in Ireland were also revealed.

Alcohol Action Ireland have published their annual alcohol market review and price survey. They've revealed that Irish men can drink to their weekly low risk threshold for as little as €8.49. For women, that amount is €5.49.

The survey was conducted over seven days and examined the drinking behaviour across four nationwide locations, two urban and two regional/rural centres.

After this research was published, Dr Bobby Smyth said: "At this level of affordability, for a tenner you can buy enough drink to cause a fatal alcohol overdose.”

The study also showed that cider products remain the cheapest and strongest alcohol products that are currently available to the Irish consumer. Beer products are the second cheapest, with wines and spirits placing third and fourth respectively.

The survey also argues against the retailing model that's currently being used nationwide by the alcohol industry and their retail partners. They believe that this model maximises the yields from alcohol sales to all retail partners.

Alcohol Action Ireland also argue against this model on the grounds that it's just as cheap to buy alcohol at a local convenience store as it is at a large supermarket. 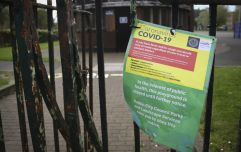 END_OF_DOCUMENT_TOKEN_TO_BE_REPLACED

Eunan McKinney, Head of Communications at Alcohol Action Ireland, said:“Given the ubiquity of cheap alcohol in all stores, the loss of the original structural separation measures proposed within the Public Health Alcohol Bill but lobbied against by the Retailers (RRAI-IBEC-Retail Excellence) and diluted by Seanad Éireann in 2017, remains a significant lost opportunity to curb alcohol marketing by intrusive visibility in-store.”

You can read more about the annual alcohol market review and price survey here.