“When it comes to mental health… You want to blame everything else except the substance that you’re using.”

As part of our coverage of Men's Health Month, JOE spoke to Jack* (not his real name), a 26-year-old Dubliner battling alcoholism, who has been sober for the last six months.

It's no secret that alcohol consumption in Ireland is amongst the highest in the world. It plays a massive part in our culture and a key role in our social interactions.

END_OF_DOCUMENT_TOKEN_TO_BE_REPLACED

As well as that, according to Alcohol Ireland, alcohol is the “world’s leading risk factor for death among males and the cause of one in four deaths of young men aged 15-39 in Ireland”.

These worrying figures have become established because men typically drink more frequently than women and consume more when they do.

Drinking as a cultural norm means it can sometimes be hard to admit or even realise when it becomes a problem.

Jack*, a 26-year-old man from Dublin who is currently celebrating six months clean and sober, tells JOE how his alcohol abuse reached a tipping point before he sought help.

END_OF_DOCUMENT_TOKEN_TO_BE_REPLACED

“It started when I was young, I guess. It’s weird looking back because I don’t like to admit it, but growing up, it wasn’t really a normal household - seeing people drunk and stuff like that. That was my normal,” he says.

“So when I was a young teen, drink came into play for me. Drinking with the lads, that kind of thing - just having fun. It went like that for a while until eventually, the fun got a bit heavier. It went from weekends only, then maybe it was midweek, then it was just all the time.” 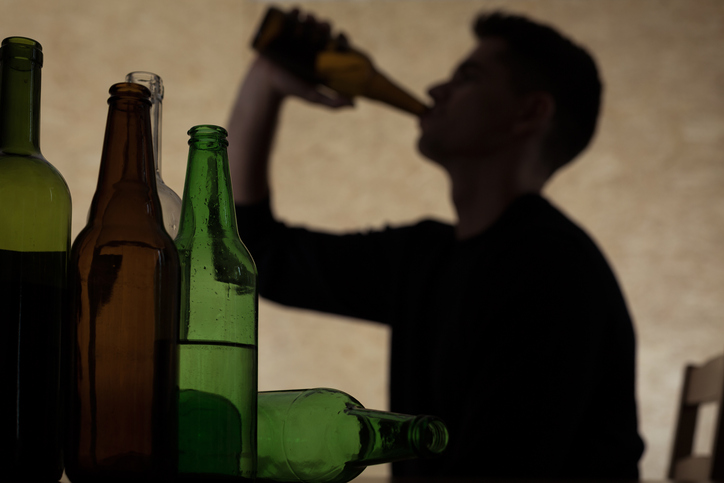 Jack’s alcohol consumption accelerated over the years, to the point where it became an all-consuming addiction.

END_OF_DOCUMENT_TOKEN_TO_BE_REPLACED

“I used to be snapping if I woke up before 10.30am because I knew I would have to wait around for the off-licence to open with a hangover," he says.

"Once it did, I’d go over and get a shoulder of rum and maybe four cans of cider. I’d drink that, pass out somewhere, and then go back over around 5pm to get another shoulder and another four cans. I would drink until I couldn’t physically drink anymore.”

Excessive drinking has a wide range of physical and mental health effects. Along with an increased risk of cancer, stroke and liver problems, it is also a factor in half of all suicides in Ireland.

“I was poisoning myself each time I drank,” Jack says.

“I was actually grey and so skinny. I didn’t realise it until I looked back on photos. I wouldn’t eat for days. Sometimes I wouldn’t even drink water for a day or two. I was getting shakes, I was sweating. I even started self-harming at one stage. It was intense. I was seeing things, I was delusional.

“When it comes to mental health, you know what’s so weird? You want to blame everything else except the substance that you’re using. Everything else. That’s the last thing you want to come to, is to admit that what you’ve been using is actually causing it.

“I can’t even describe how dreadful my mental health was. Just constant anxiety. I had psychosis from the drink where I thought people were always looking at me. But again, I couldn’t admit that what the thing that I thought was helping me was actually making me worse.”

Things finally came to a head for Jack after the sudden death of a parent caused him to spiral into a year of very heavy alcohol abuse to help him cope with his loss.

“I was in and out of hospital more times than I can ever imagine, it was crazy – I just came to the conclusion that I had to stop. It was something that I knew had to happen but I couldn’t make happen on my own. So I went to a rehabilitation centre for three months and that changed my life.” 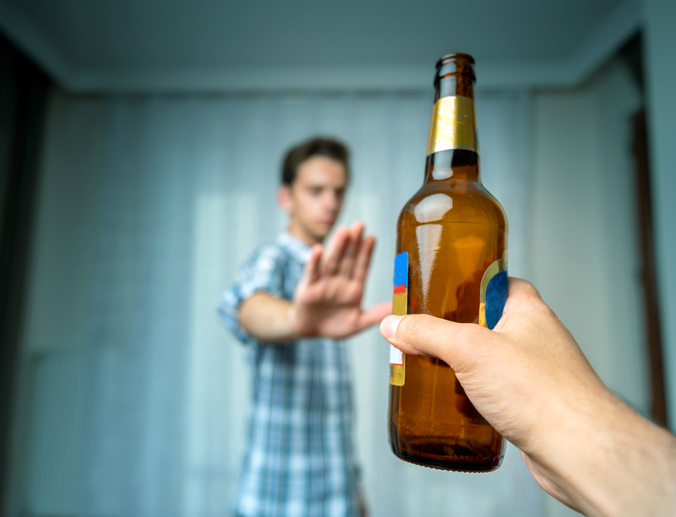 Jack stresses that, while there is plenty of help out there, the crucial element in successfully overcoming addiction is wanting to make the change yourself.

“You have to really want it.

“When I was there, I saw a lot of people who just clearly weren’t going to make it. You’d hear stories of them going out and just drinking straight away. It’s very tough and full-on, but it is so worth it - but my life has improved so much. I’m starting to get a bit of structure back.

“One of the main things I would say to someone struggling is to stop being so hard on yourself. I would belittle myself so much and there was just no need for it. Start by taking small steps and have faith in yourself.

“Focus on the positives. Acknowledge that this is a dragon you must slay for yourself and be your own hero.”

Find out more about alcoholism and men’s health here and for more information on preventing alcohol misuse and related harm in Ireland, check out the Drinkaware website.

If you are struggling with alcohol or substance abuse issues, there is a list of organisations that can help below.