There is some bad news for Love/Hate fans, the show is never coming back

If you love something, you have to let it go...

In a week of turmoil, just one more pillar of strength and quality entertainment has been ripped from beneath us. Actor and activist John Connors revealed to The Irish Mirror that the show is 'gone and never coming back again', squashing any hopeful rumours that a return might be in the offing. 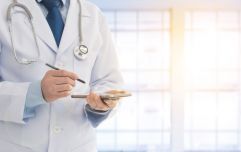 END_OF_DOCUMENT_TOKEN_TO_BE_REPLACED

The 27-year-old played bombmaker Patrick in the hit RTÉ drama and it was thought he might get a spin-off show if the original wasn't recommissioned.

But no, "it is over for good" says Connors.

The actor has made a new documentary which begins on RTE Two tomorrow at 10.30pm.

The documenetary is titled America: Race Matters, and sees Connors travel to the United States to look at why young black men are nine times more likely than other Americans to be killed by police.

You can check out the trailer below.

Connors previously won acclaim for his documentary; I am Traveller, and has been a strong voice in speaking about the discrimination Irish Travellers face.

The Big Reviewski || JOE · TBR Spotlight: Loki - Episode Six - 'For All Time. Always.'
popular
Dublin cinema named best cinema in all of UK and Ireland
Only Murders in the Building is a must-watch for fans of true crime podcasts
The 50 most iconic songs of all time* have been revealed
PICS: The man with the biggest penis in the world has one unbelievable problem with it
People think they've figured out the ranking of the viewers on your Instagram Stories
21 jokes that are so bad they're actually brilliant (but still quite bad)
Die Hard 6 has been officially cancelled
You may also like
1 day ago
RTE News Managing Director apologises for not linking recent weather events to climate change
2 weeks ago
REVEALED: Hundreds of county councillors implicated in scandal over double payments and failure to declare expenses
3 weeks ago
BAI upholds complaints over controversial RTÉ sketch about God being "convicted of sexual crimes"
1 month ago
EXCLUSIVE: RTÉ is looking for people to join a new celebrity dating show
1 month ago
The Late Late Show audience is returning - but only for vaccinated people
2 months ago
Here's the lineup for the final episode of this season of The Late Late Show
Next Page