Five out of 145 bathing waters in Ireland identified as ‘poor’

The majority of bathing waters in Ireland were identified as ‘excellent’.

Only five out of 145 bathing waters in Ireland were identified as ‘poor’, according to the 2018 EPA Bathing Water report, published on Thursday, which sets out bathing water quality during the summer of 2018.

Three of the five bathing waters identified as poor are located in Dublin - Sandymount Strand, Merrion Strand and Portrane (the Brook) Beach; Lilliput (Lough Ennell) in Westmeath and Clifden in Galway were also identified as poor in the report.

END_OF_DOCUMENT_TOKEN_TO_BE_REPLACED

2018 was the fourth year in a row that Merrion Strand was classified as poor, while Portrane (The Brook) Beach and Clifden have received a poor classification for the past three years.

According to the EPA, the fact that any bathing water has been classified as ‘poor’ means that there is a risk of periodic microbiological pollution which could potentially cause illness, such as skin rashes or gastric upset.

Under the Bathing Water Regulations, local authorities are required to put in place notifications for the entire bathing season advising the public against bathing. This could include a bathing prohibition if a serious pollution incident occurs.

145 bathing waters were identified in total in 2018, an increase of three on the previous year, and all three bathing waters identified for the first time - Dooey and Magheraroarty in Donegal and Seafield Quilty in Clare - received an excellent classification.

Improvements were made in three bathing waters previously classified as poor: Loughshinny and Rush (South Beach) in Fingal and Ballyloughane near Galway City. 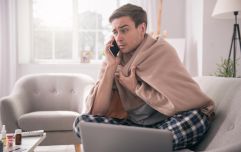 END_OF_DOCUMENT_TOKEN_TO_BE_REPLACED

Three bathing waters at Forty Foot Bathing Place, Sandycove Beach and White Rock Beach were newly identified in 2018 and will be classified following the 2019 bathing season; the bathing season in Ireland runs from 1 June to 15 September.

Commenting on the report, Andy Fanning, Programme Manager of the EPA’s Office of Evidence and Assessment said: “It is great to see local authorities identifying new bathing waters with excellent water quality. At the other end of the scale, we have five bathing waters that have been classified as poor. More intensive action needs to be taken by local authorities to address the issues and protect the health of bathers.”

A map of the quality of Ireland’s bathing water sites is available on the EPA website here, while the 2018 EPA Bathing Water report can be read in full here.

More information about the quality of bathing water at locations throughout Ireland is available on www.beaches.ie or on Twitter at @EPABeaches.


The Architects Of Business || JOE · "It doesn't get bigger than this for me" - Irish scientist wins EY Entrepreneur of the Year 2020
popular
The JOE Movie Quiz: Week 80
QUIZ: Can you guess these European countries from their outlines?
QUIZ: How well do you know Elf?
Donald Trump paid $3 million for recount that uncovered more Biden votes
Gardaí search suspected shebeen in Kerry
The JOE Music Quiz: Week 35
The JOE Movie Quiz: Week 79
You may also like
4 hours ago
Two further Covid-19 deaths recorded, 299 new cases
5 hours ago
Gardaí search suspected shebeen in Kerry
8 hours ago
Covid vaccine will not be mandatory, says Stephen Donnelly
1 day ago
Seven new Covid-19 deaths confirmed, 243 new cases
1 day ago
A man has died following the collapse of a building in Tralee
1 day ago
Man arrested following the murder of a woman and two children at a house in south Dublin
Next Page