Bipolar and me: "I didn’t know anything about bipolar until it started happening to me"

"You’re just locked in negative thoughts over and over again."

When Seán Sugrue was 23 years old, he experienced his first depressive episode. The episode lasted two to three months and was soon followed by an episode of mania. Eight years later, Seán was diagnosed with bipolar disorder. 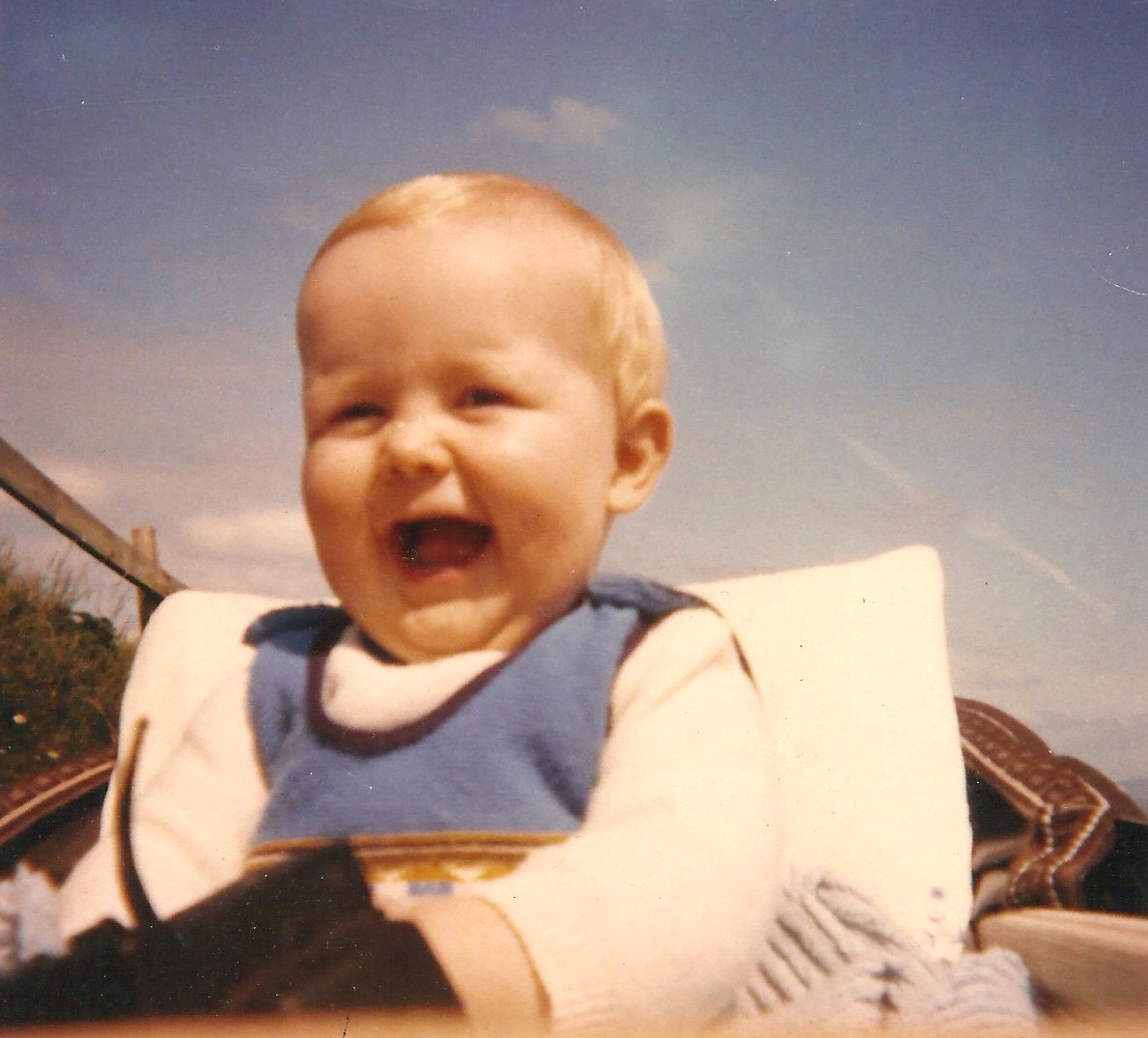 END_OF_DOCUMENT_TOKEN_TO_BE_REPLACED

Growing up, Seán showed no signs of any potential mental disorder and had what he describes as a perfect, happy childhood. The first signs of bipolar disorder came with that first depressive episode at 23.

"The first time was the lowest because I didn’t know what was going on first of all," Sean tells JOE.

"I hadn’t experienced those symptoms before so it was very alienating. I was a bit younger as well. It was winter time. It was dark and dreary and wet. Definitely the first low was a really big low."

END_OF_DOCUMENT_TOKEN_TO_BE_REPLACED

In the months that followed, Seán went through what he would later learn was his first manic episode. Like many people, Seán was unaware of the symptoms of bipolar disorder and, in particular, mania.

For most, a manic period is where the individual feels elated, overjoyed and full of energy. They're full of inspiration and extreme positive feelings which can often result in some risky decision-making.

END_OF_DOCUMENT_TOKEN_TO_BE_REPLACED

"When you’re in a manic episode for the first time, you’re just having the best time. It’s not a problem, you don’t see an issue. You’re so full of beans, you're full of life, you’re enthusiastic, you really don’t see it as [an issue].
So I think it can be hard to say to someone ‘Look out for these things’ in mania to happen because actually, when it’s happening, it’s great."

"One of the main ones [symptoms], it’s racing thoughts... and I know that’s really hard to describe to people. If you look up some of the medical stuff they’ll say racing thoughts or a flight of idea, so it’s where your mind is just going a mile a minute and thoughts are entering and then they kind of disappear again straight away but then new ones come in."

Moving to New Zealand in April 2011 and still unaware of his disorder, Seán found himself surrounded by new people, a new job, new opportunities and a new lifestyle with endless possibilities. A fresh start. This is when Seán experienced what is known as a hypomanic episode, a less severe form of mania but still an experience of a "high".

"My first [hypomanic] episode, I guess, in New Zealand was kind of a mini - they call it a hypomanic episode, so it’s not a full blown manic episode, but I was definitely high. And I think it was because I was working in the ski field, it was my first time skiing so I was having all this kind of stimulation. With mania you can be triggered by stimulations. So I think all those late nights partying, early mornings, the adrenaline fuelled by skiing, it all kind of… it festered I guess." 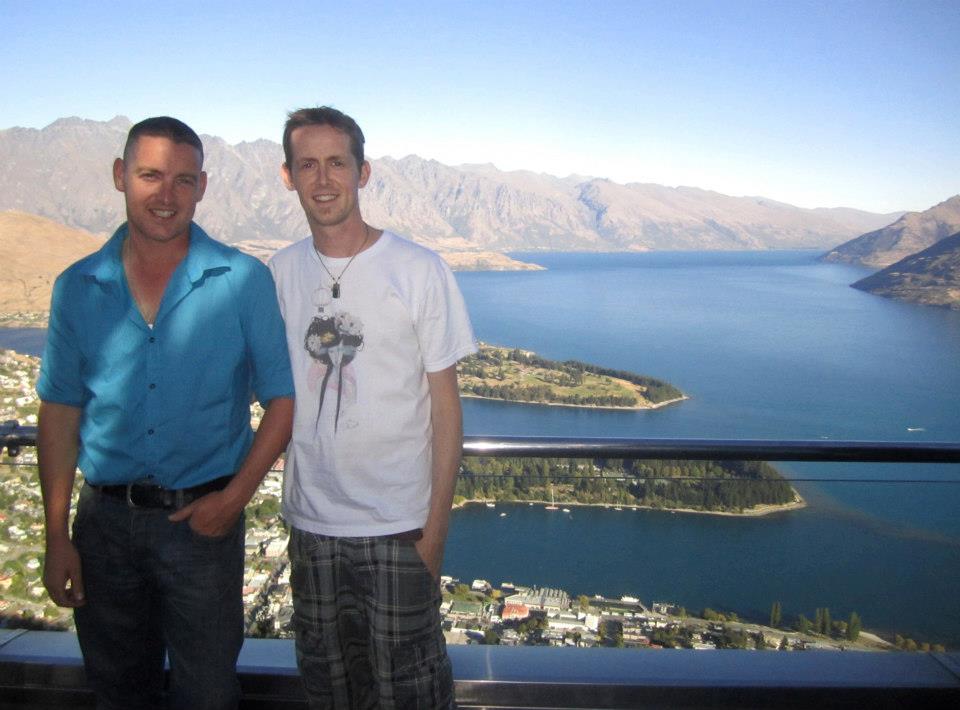 Seán's second big low, a depressive episode, also happened when he was living in New Zealand.

"The second low was terrible as well because I was so far away from home but it kind of was a bit easier because I knew I had experienced it before and I had got out if it so I was like ‘This is really shit but I got out of it before’."

It can be difficult for someone living with bipolar to notice their symptoms. For Seán, he was aware that his mood and feelings were perhaps abnormal, but it was only when he was visiting friends and family in Melbourne did the difference in his personality and mood really come to light.

"When my cousin pointed it out that I wasn’t myself, I was like ‘Yeah, I know that’. I mean, I was depressed, so yeah, I was very willing to go [get help]. I made myself go.

"I was hospitalised in 2013 for three weeks in Australia, I ended up in Melbourne. So since then I’ve been on a mood stabiliser called lithium, it’s one of the main ones. I’ve been very lucky to be stable since I returned home, I’ve been stable for five years on lithium."

Living with bipolar is a condition of extremes, Sean tells JOE, and is a constant roller coaster of contrasting episodes, moods, emotions, and being unaware of how long each phase will last.

"It can be exhausting mentally," he says.

"I mean, the depression when you’re just locked in negative thoughts over and over again, when you don’t have the desire to do anything, you’ve no interest, that can be exhausting.

"But then when you’re manic, you’re running around so much, you’re talking, just running around, always active, you’re not sleeping. And then you’re just forgetting to eat as well because you’re constantly up.

"You know when you have adrenaline, you don’t feel like eating? So definitely, my boss and my friends would be like ‘Sean, sit down for two seconds. Eat something’. Because you’re constantly on the go you just get a bit gaunt, a bit thinner. So it is exhausting on your mind and your body that way as well I think, but you don’t really recognise it, it’s more [your] friends. They’re like ‘Sit down for a sec and have a bowl of soup’." 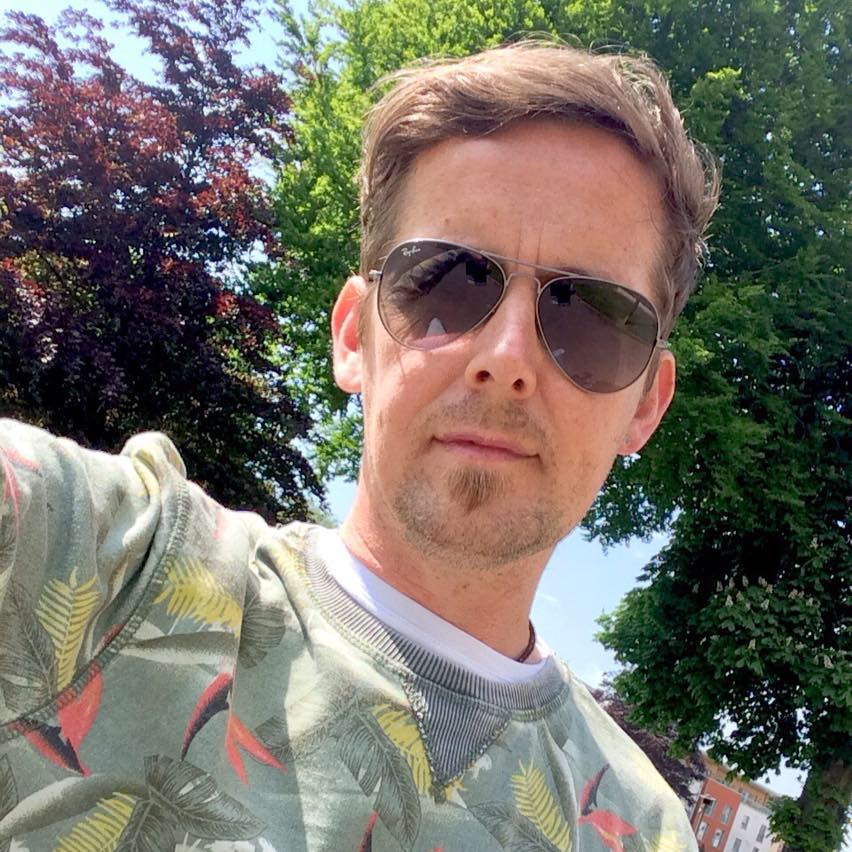 More often than not, bipolar is a term thrown into everyday conversation to describe the shift from a good mood to a bad mood. But bipolar disorder is far from some happy/sad mood swings and many people don't have a full understanding of the dynamic of bipolar disorder and, in particular, mania, as a condition.

"A lot of my friends in New Zealand saw the state I was in and they just didn’t know what was happening," Sean says.

"And I found that when I came back from hospital and came back to New Zealand, my friends straight away were like ‘Ok, we need to meet you for tea or dinner’.

"They had lots of questions but they weren’t so much asking about the depressed side of bipolar because that’s kind of an easy state for people to understand or go ‘Ok, depression, I can kind of understand what you might’ve gone through because I lost a grandparent once and I felt really sad for three days’. They were like ‘What is mania? I don’t understand it. Why were you acting like that?’ It’s more the manic side of bipolar I feel that people don’t actually understand."

Seán manages his bipolar disorder by taking a mood stabiliser. He received his bipolar diagnosis abroad, so never required help from the Irish mental health system. He has, however, reached out to phone services such as Aware when he needed it most.

His advice to anyone suffering with bipolar? Always have the courage to speak.

"I wish I just had the courage more to talk to people," Sean says.

"I was so nervous when I was 23 to tell my friends that I think I’m depressed because I just thought maybe they’d think I wasn’t cool or something, or maybe they might ditch me. And I’ve of course since learned that your true friends stand by you all the time."

If you are struggling with your mental health, or if you're worried about a loved one, here are a number of resources you can use.

All images via Sean Sugrue

popular
Peter Kay moved to tears on stage while opening his first stand-up tour in 12 years
20 years ago, one of the best sci-fi movies of the 21st century was a box-office bomb
Simon Cowell concerns fans with appearance as they 'don't recognise him'
U2 drummer Larry Mullen Jr. says band may perform without him in 2023
Boy, 1, eaten alive by 11-foot crocodile in front of dad on fishing trip
No, we've never heard of the new "best movie ever made" either
Mia Khalifa claims seaside town is better than Miami
You may also like
1 week ago
Chris Hemsworth taking "good chunk of time off" following Alzheimer's discovery
2 weeks ago
Chinese man runs entire marathon in three and a half hours while chain smoking
1 month ago
Government plans to ban smoking from parks and beaches
3 months ago
Drinking tea regularly may be linked to lower mortality risk, study finds
4 months ago
New Spanish hospital to offer "alternative pathway" for Irish patients waiting for routine treatments
4 months ago
People who got Covid at Christmas do not have protection from current wave, expert warns
Next Page