Meanwhile, the first U.S. citizen has reportedly died from the virus.

In a study of samples from over 1,000 wild animals, scientists at the South China Agricultural University have claimed to link the world's only scaly mammal, pangolins.

As per a report by Reuters, China's official Xinhua news agency state that the genome sequence of the coronavirus strain separated from pangolins in the study was 99% identical to that from infected people, making pangolins to be the most likely intermediate host. 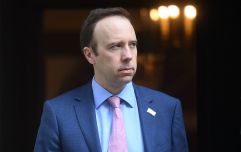 END_OF_DOCUMENT_TOKEN_TO_BE_REPLACED

However, as per Nature, scientists around the world are less sure, but do hope that the still-unpublished study will offer details including where the team found the pangolins with the similar virus.

Arinjay Banerjee, a coronavirus researcher at McMaster University stated that "another crucial detail is where in pangolins the researchers found the virus - for example, whether it was isolated from blood samples or rectal swabs. This will help to determine how it might have been passed to humans and how such transmission could be prevented in the future."

Scientists say that the suggestion that pangolins are the animal source of the coronavirus outbreak seems plausible based on a genetic analysis, but they also caution that the researchers’ work is yet to be published in full. https://t.co/IPtz1h351E

Meanwhile, an American has reportedly died from the virus, marking the first U.S. death from the outbreak.

The New York Times have stated that the man, reportedly in his 60s, died in the Wuhan region of China.

They have also reported that both the Centres for Disease Control (CDC) and the World Health Organisation (WHO) have offered their help and services to China, but both have been turned down, with no explanation given.

At the time of writing, the death toll (via Sky News) is currently at 724 people, with 34,000 reported cases of infection from the virus around the world.

House of Rugby Ireland · Quinn Roux on finding a home in Ireland and Mike McCarthy brings the absolute HEAT!
popular
Holly Willoughby criticises influencer for travelling to Dubai during pandemic
QUIZ: Can you name all of these countries just from one of their cities?
New Zealand set to close its borders for the entirety of 2021
Leo Varadkar says if Ireland introduced mandatory hotel quarantine, it would have to do so for a year
QUIZ: Do you know the collective name for these groups of animals?
Man arrested for fishing envelopes out of church collection boxes in Cork
The 50 most iconic songs of all time* have been revealed
You may also like
1 day ago
Police called to illegal rave to find pensioners queuing for vaccine
4 days ago
Boris Johnson says new Covid-19 variant could be 30% more deadly than original strain
4 days ago
52 more people with Covid-19 have died in Ireland, 2,371 new cases
4 days ago
Police in London break up wedding party with 400 guests at school
6 days ago
61 further Covid-19 deaths confirmed, 2,488 new cases
1 week ago
Ireland's first Covid-19 vaccine recipient gets her second dose
Next Page