Cure for baldness in sight as scientists make "critical breakthrough"

A cure for baldness could be within sight after scientists created hair that grows through the skin using human stem cells.

Researchers in the United States said they had refined a method which allowed them to grow hair through the skin of mice using dermal papilla cells derived from human pluripotent stem cells.

The study involved the human stem cells being combined with mice cells and attached to a 3D biodegradable scaffold, made from similar materials to dissolvable stitches.

Dermal papilla cells cannot usually be obtained in large enough amounts to be useful in restoring hair growth. But growing them from stem cells means scientists can create an unlimited supply for transplantation.

The findings were presented at the annual meeting of the International Society for Stem Cell Research (ISSCR) and received a Merit Award. 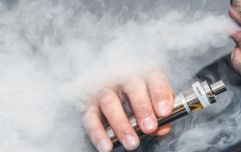 END_OF_DOCUMENT_TOKEN_TO_BE_REPLACED

"Now we have a robust, highly controlled method for generating natural-looking hair that grows through the skin using an unlimited source of human iPSC-derived dermal papilla cells. This is a critical breakthrough in the development of cell-based hair-loss therapies and the regenerative medicine field."

The scientists are now looking at applying the same process in humans, and say there is an “unlimited” supply of stem cells which can be taken from a simple blood draw.

"It could improve the lives of millions," Dr Richard Chaffoo, a medical adviser to Stemson Therapeutics, said.

"Hair loss profoundly affects many people's lives. A significant part of my practice involves both men and women who are seeking solutions to their hair loss."


popular
Met Éireann state that three days of snow, hail, and sleet is coming for parts of Ireland
Gardaí name the three children that were found dead in a Dublin home
The JOE Friday Pub Quiz: Week 175
Viewers raise over €300,000 after Munster's Billy Holland and wife Lanlih's emotional Late Late Show appearance
The shortlist for the best breakfasts in Ireland has been revealed
QUIZ: We give you the movie title, you tell us the dog breed in it
QUIZ: Name the missing word from these famous Derry Girls quotes
You may also like
1 day ago
10 Chinese cities locked down and Beijing celebrations scrapped as Wuhan virus death toll rises
2 days ago
Wuhan shuts down public transport as death toll from virus rises
3 days ago
KFC apologises for ad showing young boys staring at woman's breasts
4 days ago
Four people dead as China confirms Wuhan coronavirus can be transmitted by humans
5 days ago
Ireland now has the fifth largest number of billionaires per capita
1 week ago
Study finds that cattle can talk to each other about how they feel
Next Page