Working 9 to 5, trying to end the global pandemic.

It has emerged that singer Dolly Parton part-funded research into the development of Moderna's Covid-19 vaccine.

The vaccine is said to be almost 95% effective at combatting the virus, according to research published by Moderna earlier this week. 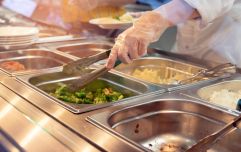 END_OF_DOCUMENT_TOKEN_TO_BE_REPLACED

However, perhaps the most surprising aspect of this new vaccine can be found amongst those funding it.

Look closely at the list of donors adding their financial backing to the Moderna vaccine, which you can see in the New England Journal of Medicine here and you'll see none other than Dolly Parton...

Vanderbilt University Medical Center is a research facility in Nashville, Tennessee, close to where Parton was brought up.

She was announced as a donor to the Vanderbilt facility in April this year, in honour of a friend who worked there as a surgeon.

Speaking back in April, Jeff Balser, the President and CEO of Vanderbilt University Medical Center said: "Dolly's amazing generosity is a source of inspiration and will have a lasting impact on the battle against Covid-19."

Moderna's vaccine was put under the microscope in a trial involving 30,000 people. The breakthrough follows in the footsteps of a collaboration from Pfizer and BioNTech, who have produced a vaccine with an efficacy rate of over 90%.

Unlike the Pfizer vaccine, Moderna's can be stored at relatively normal temperatures. Pfizer's vaccine must be kept in ultra cold storage at around -75C, while Moderna's remains stable at minus 20C for up to six months.

The Big Reviewski || JOE · The Big Reviewski with Dune, a mini-Hangover reunion & the best of Timothée Chalamet
popular
Report: Crew left Alec Baldwin film set in protest before fatal shooting
PICS: The man with the biggest penis in the world has one unbelievable problem with it
The 50 most iconic songs of all time* have been revealed
9 of the best horror movies on Netflix right now
The JOE Music Quiz: Week 78
The JOE Friday Pub Quiz: Week 266
People think they've figured out the ranking of the viewers on your Instagram Stories
You may also like
4 days ago
CNN's John King reveals on-air he has multiple sclerosis
4 days ago
Full return to offices “as we knew them” won’t happen this year
5 days ago
HSE chief Paul Reid: "Time to hit the reset button" as hospitals battle Covid surge
1 week ago
"No doubt" health system heading into difficult winter, says HSE chief
1 week ago
Taoiseach believes people will "be patient" if planned lifting of restrictions doesn't go ahead next week
1 week ago
Deputy CMO advises public to "work from home where possible" this autumn and winter
Next Page