COMMENT: We must do more to prevent drug overdose deaths amongst the homeless

The Christmas period can be particularly difficult for people who have to deal with homelessness and addiction, but the public can help.

At Ana Liffey Drug Project, sadly, we know of too many homeless people who have died from a drug overdose during the festive season.

END_OF_DOCUMENT_TOKEN_TO_BE_REPLACED

A high percentage of people who access Ana Liffey’s services are homeless. Everyone we work with uses drugs problematically, to a greater or lesser degree. The people we work with are polydrug users, mixing heroin, street tablets and alcohol to get through their day.

The people we support have issues with their physical health and very often their mental health too. All of this means that this vulnerable group are at a very high risk of fatal and non-fatal overdose. This is backed up by the evidence. For example, one recent health study of homeless people in two Irish cities (Dublin and Limerick) found that 73% of those surveyed reported having drug or alcohol problems. Also, according to the Health Research Board in 2015 (the latest available data), two out of three overdose deaths involved polydrug use.

In Ireland, people who are homeless have died of overdoses in sleeping bags lying on the streets, in tents pitched down alleyways, in parks, by canals, in the bedrooms and toilets of emergency accommodation, in the toilets and stairwells of private businesses; basically, anywhere they can find to hide from society in order to privately take their drugs of choice. 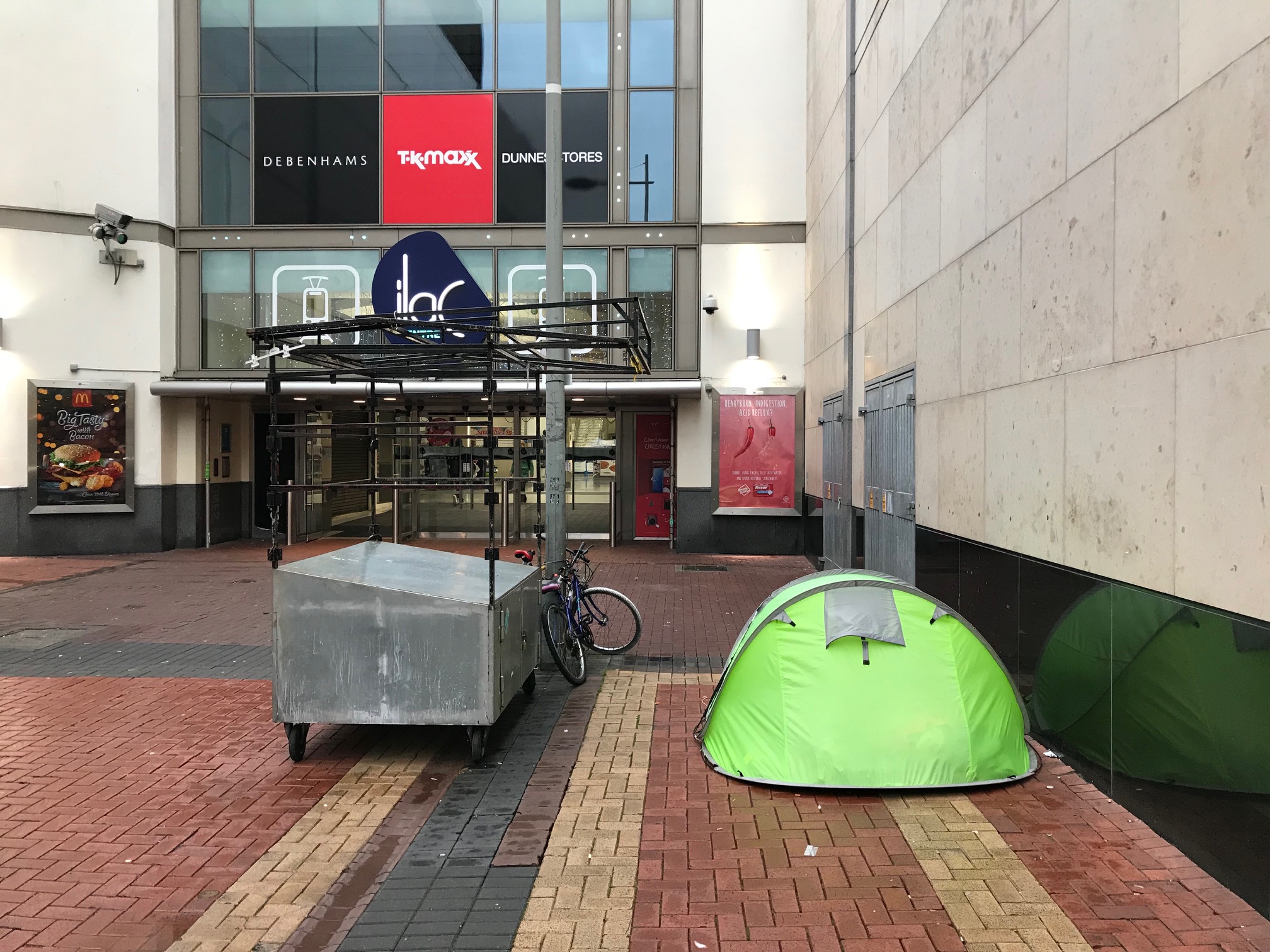 A tent outside the Ilac Centre on Henry Street in Dublin, taken on 12 December, 2018

END_OF_DOCUMENT_TOKEN_TO_BE_REPLACED

Nonetheless, there is much more that we can do as a country to reduce overdose deaths, such as:

END_OF_DOCUMENT_TOKEN_TO_BE_REPLACED

These actions, and more, could be part of a well-developed national overdose prevention strategy.

Christmas is a time for being with loved ones, a time of fun and celebration.  However, a lot of people can also feel down over the Christmas period and this can lead to increased and risky drug use.  Whether someone is feeling up or down over the festive season, it’s important to remember that drinking alcohol or taking other drugs can be a risky activity for any of us.

We can all help prevent overdose deaths during the festive season by starting a conversation about alcohol and drug use in general and about how to reduce harms.

If people are planning to use drugs, remind them that:

It is always safer not to take drugs at all.

If you decide to use drugs, remember:

Talk to people. Harm reduction works and giving someone harm reduction information at Christmas can help them reduce the risk of overdose and keep them #SaferFromHarm.

Please donate €4 to support the work of Ana Liffey Drug Project by texting safer to 50300.