There is a certain expectation that hot chili sauce will be somewhat explosive, but we're fairly sure that this isn't what the producers of the product had in mind.

According to the Food Safety Authority of Ireland (FSAI), as per a statement issued today (Friday 29 November),  the Sriracha Hot Chili Sauce (pictured below), with the best before date of March 2021, and a pack size of 740ml, has been recalled.

The official reason given why is as follows:

"The above batch of Sriracha Hot Chili Sauce is being recalled due to the risk of the contents exploding once the bottle is opened. This poses a risk of hot chili sauce irritating eyes or skin."

So if you have bought this brand of chili sauce, be sure to return it. 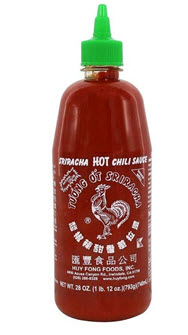 
popular
Downton Abbey creator confirms plans to start work on a sequel
QUIZ: How many of these characters from Breaking Bad can you name?
QUIZ: How many of these Recess characters can you name?
WATCH: Trailer released for CG remake of Pokémon: Mewtwo Strikes Back
Disney+ has brought forward its launch date in Ireland and confirmed its price
20 employees in Cork suspended from work for their Christmas party behaviour
Noel Rock asked for less alcoholic beer to be sent to the Mansion House just as his Fianna Fáil rival was elected Lord Mayor
You may also like
1 week ago
Research finds that drinking tea regularly is linked to a "longer and healthier life"
2 weeks ago
HSE issue apology for high level of activity in their Emergency Departments
2 weeks ago
Six Irish food businesses served with closure orders in December
2 weeks ago
HSE urge people to "sort that cough without an antibiotic"
4 weeks ago
Approval granted for Ireland’s first medically supervised injecting facility
4 weeks ago
Injury unit charges reduced from €100 to €75 with immediate effect
Next Page