The sock/sandal combo is closely followed by the infamous ‘mun’ (aka the man bun) and the ‘too tight’ t-shirt when it comes to crimes against style. 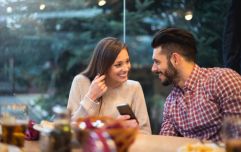 END_OF_DOCUMENT_TOKEN_TO_BE_REPLACED

According to a survey by the delightfully named Mycosan Fungal Nail, 58% of Irish men and women agree that fungal toenails are a huge turn off, with body odour (78%) and bad breath (71%) also topping the poll.

A further 28% said they would strongly consider not dating someone if they found out they had a fungal nail, which is a little harsh perhaps, but understandable all the same.

Nearly a quarter (23%) of all adults surveyed claimed that well-groomed feet are imperative in a potential partner. 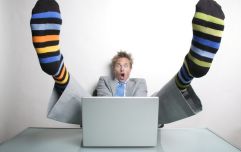 END_OF_DOCUMENT_TOKEN_TO_BE_REPLACED

The survey also found that Jamie Dornan (28%) topped the pole as the celebrity Irish females would most like to play footsie with, ahead of Tom Hardy (23%) and Ryan Gosling (14%). With Irish males choosing Amy Huberman (18%) followed closely by Katy Perry (16%) and Emma Stone (15%).

popular
People want "offensive" Crown Paints advert banned after attracting hundreds of complaints
Netflix has just added 23 very big movies to its library
Human remains found in suitcases are the bodies of two children
Disney+ has just added 10 big movies to its library
Robert Troy apologises and submits seven amendments to correct the record
Here's how to make €9-11 on Revolut in just a few minutes
QUIZ: Can you identify the famous song from the opening line?
You may also like
5 months ago
Tinder Swindler now has a legit job making $30K in three days
11 months ago
RTÉ is looking for singletons to take part in its new show The Love Experiment
1 year ago
Sexy Beasts review: Maybe I just don't understand real life anymore...
1 year ago
Netflix's new dating show Sexy Beasts looks absolutely wild
1 year ago
EXCLUSIVE: RTÉ is looking for people to join a new celebrity dating show
1 year ago
Blackmailers are targeting Irish people on dating apps
Next Page