It is the most common cancer diagnosed in men aged 15-34 yet we don’t hear much about it. Hopefully this will change after you read this.

Three years ago, 23-year-old student Stephen Griffin underwent an extraordinary experience, one that is many men’s worst nightmare. Here, in his own words, the Galway man explains how he coped with his diagnosis of testicular cancer, the loss of a testicle and his life since the thankfully successful treatment. 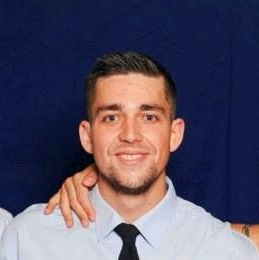 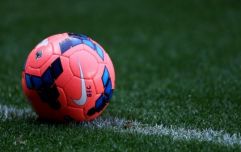 END_OF_DOCUMENT_TOKEN_TO_BE_REPLACED

I was meant to have a night off work, as a bouncer, but I was called in about two hours before they needed me. I was also meant to start a kickboxing class that night but I had to cancel it and looking back on it, it was a blessing. At about 9.30 that night I started to get a terrible pain in my groin. If I had done the class, I would have assumed I had done something kickboxing and left it.

Instead, I was in work, I knew I hadn’t done any exercise, so I knew something was up. The pain was bad, so bad in fact that I texted my mother who said it might be a hernia or a torsion (a twist in the blood supply to the testicle, which had happened to a relative). By midnight, it had developed from a relatively minor irritation to struggling to stand up from the pain.

I went straight to the A&E at Galway and after a preliminary check they narrowed it down to three things; a torsion, an infection or cancer. I didn’t really consider the last option, so the infection made sense, especially when they said it can be common.

At 7am the next morning the oncologist came onto the ward and they did some bloods. They were looking for a protein called AFP, which is a sign that the body is fighting an illness and my levels of AFP were through the roof. 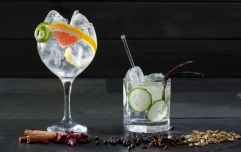 END_OF_DOCUMENT_TOKEN_TO_BE_REPLACED

They ruled out the torsion, and the infection, pretty quickly so without telling me they had told me I had cancer but when my doctor did officially tell me, in a storage closet off the hallway where I was on a trolley, it was exactly like the cliché they show on TV.

He said the word ‘cancer’ and everything else he said was blurred and I didn’t hear another word. My knees went weak and the shock of it is hard to describe. I met the consultant the next day and he took me through all the options and that was just as scary as the diagnosis as he catalogued the effects of chemo and what could happen to me.

But for me, because of the stage I was at, removing the testicle was really the only option. I was lucky it was isolated in just one and I didn’t really have much time to think about it, which was a blessing looking back.

I was offered counselling, which I didn’t avail of, and I tried to be strong about the diagnosis, mainly to keep my mother from getting too upset. I was thinking ‘if she sees that I’m upset, then she will be really upset’. My father had just left when I got the news so I had to ring him and fight the urge to breakdown and looking back, I don’t think I ever actually said the word ‘cancer’ to him that morning but he knew. 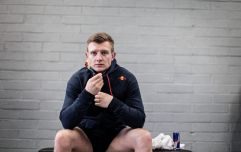 END_OF_DOCUMENT_TOKEN_TO_BE_REPLACED

My mother took the news worse than I did. I can’t imagine what she was thinking to see her 20-year-old son tell her he had cancer. We’re from a small place in Galway and two years before I got sick the woman across the road from us died from cancer and when the illness popped up again in her life, it brought all those emotions back too.

I told work I had a hernia, and I managed to tell two friends before the operation. One took it very badly and was very worried about me, the other was much more relaxed, saying ‘I’d be grand’.

The doctor explained the op to me as ‘fishing. They make the incision, find the tube and draw the line out. I said that is a lovely way to describe taking away my testicle and the good humour of the doctors throughout the process really helped me get through it.

After the op, I was dazed and on the TV Ireland were getting hammered by France and I just wanted to go back to sleep. The operation took place on a Saturday afternoon and I was home by the Tuesday. I had to be careful, with very little walking but within eight weeks I was back to work and doing a bit of jogging.

It was a while before I went back to rugby - I play for Galwegians – out of fear. But I had to go back, if I wasn’t able to play sport I’d go crazy. The lads on the team were fantastic. I walked in one night, about 10 weeks after the operation, and they had posted an interview I had given to a newspaper on the wall of the clubhouse. There was my story of having a testicle removed beside all the framed images of former players winning Ireland caps.

Over the time since the operation I have been contacted by lads from all over the place including some of the rugby team about pains and aches they have had and the advice I always give is get it checked out straight away.

Of all the cancers to get, testicular is the best to get, if you know what I mean. Sure, you don’t want to lose one of the lads but it is so much more treatable than lung or some other serious cancers. And, without going into too much detail, I’m still fully functional. I remember being told at the time that I may need some testosterone replacement therapy but it turns out I don’t.

Guys simply don’t go get themselves checked out, especially if the problem is in that area. Women are so far ahead of us in terms of self-examination for breast cancer. The doctors were interested to find out what drove me in and it was simply fear that something was seriously wrong.

At first I was worried about how people would be, I was only 20 and I was concerned people might think it would look weird or what women would say. But I only had support from everyone I spoke to and anyone who is concerned that people may react in a funny way to them has nothing to worry about.

I’m still going back for regular check ups, though they are much less frequent now than they were initially.

I am grateful that I really didn’t have time to think about it. In the few hours I had, I was googling about the topic and trust me, it is not very reassuring what you find. Mortality rates, how quickly it can spread, where it might go to, some of the stuff online is shocking. The fact I didn’t have any real time to worry about it certainly helped.

The reason I am happy to speak out is that there is a lack of real info about testicular cancer among Irish lads and I want to get the message out there to get yourself checked out if you have any inkling of a problem go to the doctor immediately.

I’m also happy to speak to anyone who wants to talk. I can be reached at griffins14@gmail.com

popular
Netflix has just added an incredibly tense 97-minute thriller
Irish person dies after drowning in Spanish resort swimming pool
A county-by-county breakdown of the average rent in Ireland as rent inflation reaches record high
Nearly 100 flights delayed at Dublin Airport on Monday
18 counties hit with weather warning as temperatures set to reach 29 degrees
QUIZ: Can you get top marks in this short but tricky Irish geography quiz?
WhatsApp introduces way to choose who can and can't see you're online
You may also like
4 weeks ago
36 vacant properties nationwide to be re-developed into community hubs
1 month ago
Taoiseach condemns "disturbing" fight at Galway v Armagh game
1 month ago
Drogheda and Galway inner city named as worst places in Ireland for litter
2 months ago
Woman in her 80s dies after falling from building in Galway
2 months ago
Galway named one of the top 10 best European cities to raise a family
2 months ago
Met Éireann issue warning for potato blight this week
Next Page