What do you think of this?

A new report from the Royal College of Physicians of Ireland has called for the government to raise the legal age to buy tobacco from 18 to 21.

The RCPI’s Policy Group on Tobacco has launched the Tobacco 21 report and said that current policies mean the government will miss its target to reduce smoking numbers by 5% by 2025.

END_OF_DOCUMENT_TOKEN_TO_BE_REPLACED

Professor Des Cox, Chair of the RCPI Policy Group on Tobacco, has said that tobacco control is "stagnating" and there's actually an uptick in use among teenage boys.

"We are not going to achieve the nationwide target of reducing smoking to 5% by 2025 with the policies currently in place," Professor Cox said.

"Tobacco 21 is a simple and effective step on the road to tobacco endgame. It requires only simple amendments to existing legislation and already has strong public support.

"Most smokers start to smoke in their teenage years, but the age at which they are starting is rising over time. The earlier a young person starts smoking the more likely they are to become addicted and the harder it can be to quit." 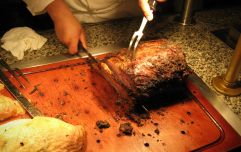 END_OF_DOCUMENT_TOKEN_TO_BE_REPLACED

Professor Cox, who is a consultant in paediatric respiratory medicine, said one of the issues is that teenagers can get cigarettes without much effort.

"Most teenagers report finding it easy to get cigarettes directly at the shop or through friends," Cox said.

He said that international modelling suggests that raising the minimum age of sale to 21 can reduce smoking rates by up to 25% among 15 to 17 year olds and by 15% among 18 to 20 year olds.

Nearly 4,500 people die in Ireland each year from the effects of smoking with thousands more suffering from related diseases, including heart and lung disease and cancers.

popular
Amazon Prime Video has just added 21 big movies to its library
Shock as blues singer beats Adele, Beyonce and Taylor Swift to win Song of the Year Grammy
One of the most underrated crime thrillers of recent years is among the movies on TV tonight
Ben Affleck's bored expression at the Grammys becomes a meme
One of the best crime thrillers ever is among the movies on TV tonight
5 years ago, Hollywood took a massive gamble on a huge sequel... and lost big time
The Last Of Us Episode Five will premiere days earlier in Ireland and UK
You may also like
3 days ago
Only two weeks left for Lotto player in Dublin to claim €250,000 prize
4 days ago
Ryan Tubridy describes his experience with 'obnoxious' DART passenger
4 days ago
Over 55,000 deer killed in Ireland in record year, new figures show
6 days ago
Dublin train station finally set to open after being built 14 years ago
6 days ago
Ireland seen as being among the top 10 least corrupt countries worldwide, new data shows
1 week ago
Leo Varadkar says alleged assault on migrant camp in Dublin has the 'look of' a racist attack
Next Page