A two-day trek, with all proceeds going to two very worthy causes.

A group of Mayo-based tractor enthusiasts will be taking part in a novel tractor run from the Phoenix Park in Dublin to their native county this Easter weekend.

Travelling from one side of the country to the other is a lot more convenient than it used to be, but the tractors will make the journey over two days as they navigate a more traditional route from east to west. 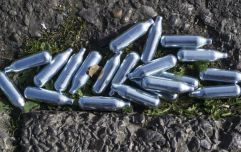 END_OF_DOCUMENT_TOKEN_TO_BE_REPLACED

The group will set out from Phoenix Park at 9am on Good Friday, 30 March and travel through Lucan, Leixlip, Maynooth, Kilcock, Enfield, Mother Hubbard’s, Clonard, Kinnegad, Miltownpass, Mullingar and Rathowen, where they will spend the night before resuming the run in Longford on Easter Saturday, 31 March.

On the second day of the run, the journey will take them through Lanesborough, Roscommon, Ballymoe, Castlerea, Ballinlough, Ballyhaunis, Claremorris, Knock, Kiltimagh and Bohola, before the run comes to an end in Castlebar, the county town of Mayo.

On the Saturday night, a function will be held in Breaffy House Hotel, a short hop from Castlebar, where 450 people are expected to attend and entertainment will be provided on the night by Marty Mone of ‘Hit the Diff’ fame, singer Pamela Gilmartin and DJ Tommy Elliott.

All proceeds from the run and the function will be split between Our Lady's Children's Hospital in Crumlin and the Special Care Baby Unit in Mayo General Hospital in Castlebar.

A number of sponsors have already got behind the event, including main sponsor Communicare Healthcare, and organisers are looking for more sponsors to get involved in an effort to raise as much money for the two causes as possible. 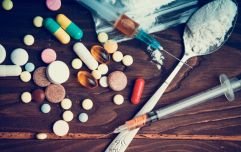 END_OF_DOCUMENT_TOKEN_TO_BE_REPLACED

Sponsors have the option of having their name displayed on the side of one of the tractors involved in the run or they can feature in a booklet on the night of the function, with sponsors’ names also featured on social media and on a projector in Breaffy House.

People who wish to donate to the event can also do so via a GoFundMe page which, at the time of writing, has raised just under €1,000 for the two causes.

For more information, including contact details to arrange sponsorship of the event, check out Dublin 2 Mayo Charity Tractor Run 2018 on Facebook or email dublin2mayo@gmail.com.

House of Rugby Ireland · Murray & Sexton debate, France's Covid hell and James Tracy interview
popular
The JOE Friday Pub Quiz: Week 232
Scarlett Moffatt discovers ‘30% rain’ on weather app doesn’t mean chance of rain
Irish cinema named one of the 50 most beautiful cinemas in the world
QUIZ: Can you name all of these characters from The Rugrats?
QUIZ: Can you identify these world cities on a map?
Gardai prepare for massive crowd at Dublin protest march
These are the free subscription games coming to PlayStation and Xbox in March
You may also like
1 day ago
Irish cinema named one of the 50 most beautiful cinemas in the world
2 days ago
Male in late teens seriously injured in Dublin shooting
1 week ago
Gardaí shoot and kill dog during drugs search in Dublin
2 weeks ago
A man has died after a shooting in Dublin
2 weeks ago
Man arrested following attempted bank robbery in Dublin
3 weeks ago
Deliveroo workers in Dublin seek meeting with Gardaí over threat of knife attacks
Next Page