Tristan is doing great and is very happy.

A Cork mother's crusading campaign has finally come to an end because history has been made.

Yvonne Cahalane's son, Tristan,  has become the first Irish citizen that's legally allowed access to medicinal cannabis in Ireland. The family from Dunmanway, Cork recently returned to Leeside after living in Colorado - they relocated there for a year because it allowed them to access the cannabis treatment. 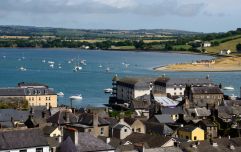 END_OF_DOCUMENT_TOKEN_TO_BE_REPLACED

3 year old Tristan has Dravet Syndrome which causes him to suffer multiple seizures per day. Since using medicinal cannabis though, Tristan has now been 3 months without a serious seizure.

"We're thrilled that Tristan's application, which in itself was the first one of its kind., was successful. He is the first wee man in Irish history that's legally allowed access to medicinal cannabis. We're thrilled to be able to continue his treatment in Ireland", she said.

Speaking about the wait for the legislation to change, Yvonne said: "It was very frustrating, none of this has been rosy or plain sailing. We considered it continuous progress, if we hit a bump in the road then we knew that maybe this wasn't the road to take. It has taken years, mainly because there was no such thing as an application process before we left, so they had to design an application process, which took the majority of the waiting time."

Speaking about where the medicine comes from, she had this to say: "His oil is being made for him in Europe, so we have to pick that up now and safely know that we can use that with his doctor's supervision."

Yvonne thinks that this decision will offer hope for anyone that's seeking medicinal cannabis in Ireland, "I think others will have this option now. They need to know, and be aware, that they have an option now instead of considering to self-medicate. They can go to a doctors and discuss this with them, to work with them , to go ahead and make their own application", she said.

Since being allowed access to this form of treatment, Tristan's health and demeanour has vastly improved. "He's wonderful, although he did end up having a small seizure, but he didn't have to be hospitalised. In fact, he never had to be hospitalised - not once - since he started cannabis treatment. This is a huge, huge difference. He's doing great and is very happy".

The Big Reviewski || JOE · The Big Reviewski with Andy Serkis, Squid Game follow-ups & the return of Succession
popular
Nigel Farage has been saying republican phrases again, but in reality, he's the one laughing
How to lower your cholesterol - 5 really handy tips
Largest aircraft in the world touches down at Shannon Airport
Facebook looks set to change its name as part of rebrand
Skeletal remains of six people found under Cork pub
An underrated Denzel Washington thriller is among the movies on TV tonight
The 100 greatest TV shows of the 21st century have been revealed
You may also like
3 hours ago
Skeletal remains of six people found under Cork pub
2 days ago
Warning issued after vans follow couriers to steal packages ahead of Christmas
2 days ago
Man arrested after multiple taxi drivers robbed at knife point in Cork
4 days ago
Buying your first home in County Cork? You won't want to miss this free virtual event
1 week ago
Teenager arrested after attempted aggravated robbery of Cork shop
1 week ago
Building halted at site in Cork after discovery of human remains
Next Page