Austerity measures have remained a major obstacle to our national services.

A new study on the state of mental health services across Europe has criticised Ireland's current services for its lack of progress in the last 10 years.

Mental Health Europe's report, 'Mapping and Understanding Exclusion in Europe' analysed the mental health systems, human rights violations and reforms in 36 countries, in order to create a fuller picture of the "tens of thousands of people with mental health problems" who currently live in psychiatric or other institutions today.

"At least 264,000 people live under full guardianship, isolated from society and deprived of the right to make choices which make up our everyday rights", the paper states.

With regards to Ireland, the report says that the 2006 national mental health reform plan, Vision for Change, was "ambitious", "but austerity measures and lack of clear policy guidance has resulted in very little progress".

The major issues here, the report says, were staff shortages and a lack of funding that severely limited services, including those already in existence.

"Since the economic crisis and following austerity policies, staff in mental health services has dropped from 10,476 (2008) to 8,967 (2014) whole-time equivalents, putting even existing services at risk", the report says. 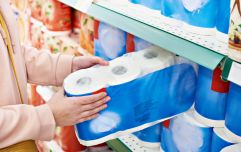 END_OF_DOCUMENT_TOKEN_TO_BE_REPLACED

The other challenge, it points out, is the fact that 90% of mental health difficulties are handled in the primary healthcare system, but there was a clear "lack of specialist knowledge and long waiting times", which make the system "unsatisfactory" for its users.


popular
Tesco make changes to their delivery system to favour elderly and in need customers
Here's Week 27 of JOE's 19 in 90 quickfire quiz
Someone in Ireland is €311,413 richer after Wednesday's Lotto draw
QUIZ: Can you name all of these characters from Love/Hate?
Gardaí set up checkpoints on major roads across the country to stop Easter travel
Google announces Stadia Pro is now available free for two months
Trump says WHO "called it wrong" on coronavirus
You may also like
12 hours ago
Simon Harris urges people to stay home this weekend
1 week ago
Revolut partners with Irish Red Cross to help support volunteers and communities affected by coronavirus in Ireland
2 weeks ago
Conor McGregor responds to Paschal Donohoe’s calls to encourage social distancing amongst Irish public
2 weeks ago
Simon Harris says he was coughed at in public by people as a joke
2 weeks ago
People seeking Covid-19 tests must display two symptoms under new criteria
2 weeks ago
Irish Association of Funeral Directors issues guidelines on funerals after being “inundated with calls”
Next Page