Could this 'biohacked' wine be the holy grail of 'hangover-free' alcohol?

Why do we always feel like shit after drinking wine?

How can something that tastes so damn good leave you feeling like you've been run over? Even after one small glass?

Abel James, the US author of The Wild Diet, says the reason you get a killer headache the morning after sinking a bottle of plonk is because of the way many wines are produced now.

Humans have been fermenting fruit to create booze for millennia, but James says it's only recently that wine has been giving us chronic hangovers, brain fog and sleeplessness.

"We're not drinking the same naturally-fermented wine as our pre-industrial ancestors," he says in his Fat Burning Man blog.

"Today, 99%+ of wines consumed in the U.S. are actually a highly-processed factory product.

"Large-scale commercialization of wine has transformed the healthful, ancient drink of our ancestors to a mass-marketed processed beverage packed with additives that can harm our health."

Red wine is packed with the polyphenol 'resveratrol' which helps lower cholesterol and reduce the risk of heart disease, diabetes and even cancer - not to mention stopping your fat cells getting fatter.

Thousands of ex-smokers could cash in on life insurance change

END_OF_DOCUMENT_TOKEN_TO_BE_REPLACED

But the industrial production of wines, probably like the cheap bottle of vino you pick up every Friday from the supermarket, means we're getting lots of hidden nasties in there too.

James says there are over 70 chemical additives approved by the FDA in America (as well as the EU) that are used in commercial wine making.

These can include 'mega purple' and 'ultra red', concentrated syrups he says are added to improve the perceived quality, flavour and colour of mass-produced wines, which add more sugar (and stain your teeth purple).

He says there's also the preservative sulphur dioxide in many wines, which can cause abdominal pain, diarrhoea, and hypo-tension, as well as ammonium sulphates (or sulphites) are another commonly used preservative (and neurotoxin) that can cause nausea, vomiting, and diarrhoea, not to mention all the extra sugar which makes your hangovers worse.

But there's a growing movement towards 'natural' wines in the US, UK and elsewhere - which are without the addition of chemicals, preservatives, added sugars and artificial yeasts.

Claims are that these unadulterated, naturally-produced wines won't give you a nasty hangover, brain fog, headaches or fatigue. And there's certainly a wealth of anecdotal evidence to support it.

What is clear about these wines are low in sugar and carbs, low in or free of sulphites, free of additives and slightly lower in alcohol - so it can't hurt. 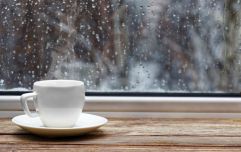 END_OF_DOCUMENT_TOKEN_TO_BE_REPLACED

Todd White, who lived in the heart of California's Napa Valley wine growing regions, is producer of natural wines through his Dry Farm Wines.

He explains at great length here about why modern wines are so bad for your health and explains how more wine makers are going back to basics to produce cleaner, healthier vintages...

But there are people trumpeting the virtues of natural wines in the UK too - including Master of Wine Isabelle Legeron who launched London's popular RAW Wine fair.

"The wine trade is a long way from embracing this," she told the Guardian. "But people who are interested in real flavours, in provenance, in purity, are going for it.

"And people who care about the environment: with so many conventional wines, the grapes are grown completely unsustainably."

She continued: "A conventional wine… it's a sterile, inert beverage. The life has been chemically neutered and filtered and squeezed all the way out of it.

They're obviously not as cheap as the bottles you can get in the supermarket and can start at £10-£12 (approximately €13-15) a bottle.

There are some UK outlets that specialise in natural wines including GoodWineOnline and TheNaturalWineShop.

If you've ever had a full force wine hangover from cheap, mass-produced wine, it's definitely worth a try.


popular
Gardaí name the three children that were found dead in a Dublin home
Met Éireann state that three days of snow, hail, and sleet is coming for parts of Ireland
Viewers raise over €300,000 after Munster's Billy Holland and wife Lanlih's emotional Late Late Show appearance
The JOE Friday Pub Quiz: Week 175
The shortlist for the best breakfasts in Ireland has been revealed
QUIZ: We give you the movie title, you tell us the dog breed in it
How to manage a panic attack, according to the experts
You may also like
2 weeks ago
HSE issue apology for high level of activity in their Emergency Departments
3 weeks ago
Six Irish food businesses served with closure orders in December
3 weeks ago
HSE urge people to "sort that cough without an antibiotic"
1 month ago
Approval granted for Ireland’s first medically supervised injecting facility
1 month ago
Injury unit charges reduced from €100 to €75 with immediate effect
1 month ago
Anti-drinking advertisement blocked on grounds of being too political
Next Page