Meet triathlete Kevin Thornton, who has helped raise over half a million euro for Cancer Care West

The event is a 13km swim from Auginish in Clare to Blackrock Tower in Salthill, Galway, and will attract up to 100 hundred swimmers from Ireland and abroad, all to raise money for Cancer Care West.

With weather conditions as unpredictable as you can expect in Ireland, and water which contains stinging jellyfish, you need to be physically and mentally prepared for the challenge ahead.

END_OF_DOCUMENT_TOKEN_TO_BE_REPLACED

The swim takes place on Saturday July 25, and if you're around Galway on Saturday afternoon, make sure to make your way down to Salthill as the swimmers will be arriving  into Blackrock Tower from 12 o'clock onwards.

Spearheaded by Kevin Thornton and members of his family in memory of their late mother, Frances, the charity swim has raised over €500,000 over the last ten years and this year they're hoping to reach the €100,000 mark for the charity. 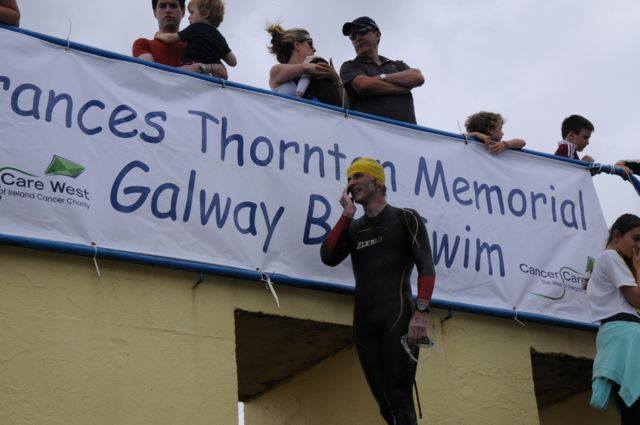 Not only is this a remarkable sum of money to raise for such a great cause, but one of the prime organisers of the charity swim, the aforementioned Kevin, manages to juggle all his fundraising efforts while holding down a job as a physiotherapist, and competing as a professional triathlete.

Here in JOE HQ, we're exhausted after our work day and take a power nap at 6.30 every evening to recharge our batteries, but Kevin is made of sturdier stuff than us.

We caught up with Kevin to have chat about what inspired his charitable spirit and how he balances giving time to the charity with working in his physio practice, all the while training to compete in one of the toughest endurance sports in the country...

END_OF_DOCUMENT_TOKEN_TO_BE_REPLACED

JOE: How did the swim come about and what prompted you turn it into a charity event?

Kevin: The swim was originally run in the '80s but we just wanted to reinvigorate it and start running it again.

The reason myself and my friend Ronan Collins (who swam the route originally in 2006) went down the charity route is because my mother, Frances, had cancer at the time and she was getting support from Cancer Care West, and she suggested that, as it was a local swim, why not raise money for a local charity?

So we picked Cancer Care West and in the first year we raised €16,000 between us which was mainly from corporate donations.

In 2008, my mother passed away so we decided to rename it the Frances Thornton Memorial Galway Bay Swim and from there it has just gone from strength to strength.

We're looking to break about €100,000 for the charity this year and it has become the biggest fundraiser for Cancer Care West.

END_OF_DOCUMENT_TOKEN_TO_BE_REPLACED

JOE: How does the money get raised?

Kevin: We ask swimmers to raise at least €500 for the charity and then if they want to raise money for another charity as well, they can.

Some people have other charities that are close to their hearts as well so we are very much open to that (You can also sponsor individual swimmers and teams by clicking here).

JOE: It’s quite a daunting task swimming such a distance (13 kilometres), do you think that has stopped people from participating?

Kevin: We've had one or two people say to us that [the swim] is very elitist and it made us think, 'wow this is actually a 13km swim, it's a marathon' so we have brought in relays.

This has helped with people who want to get involved but wouldn't be able to swim the whole distance.

The introduction of relays has also really helped to boost the money raised and that's become a big element to the fundraising as well.

JOE: What kind of work goes into organising the yearly swim?

Kevin: I’ve been organising and competing in it for the last ten years and to do that we needed a good organising team. Without the help of the RNLI, the other members of the Corrib Water Polo Club and the maritime community in Galway, it wouldn’t be possible. 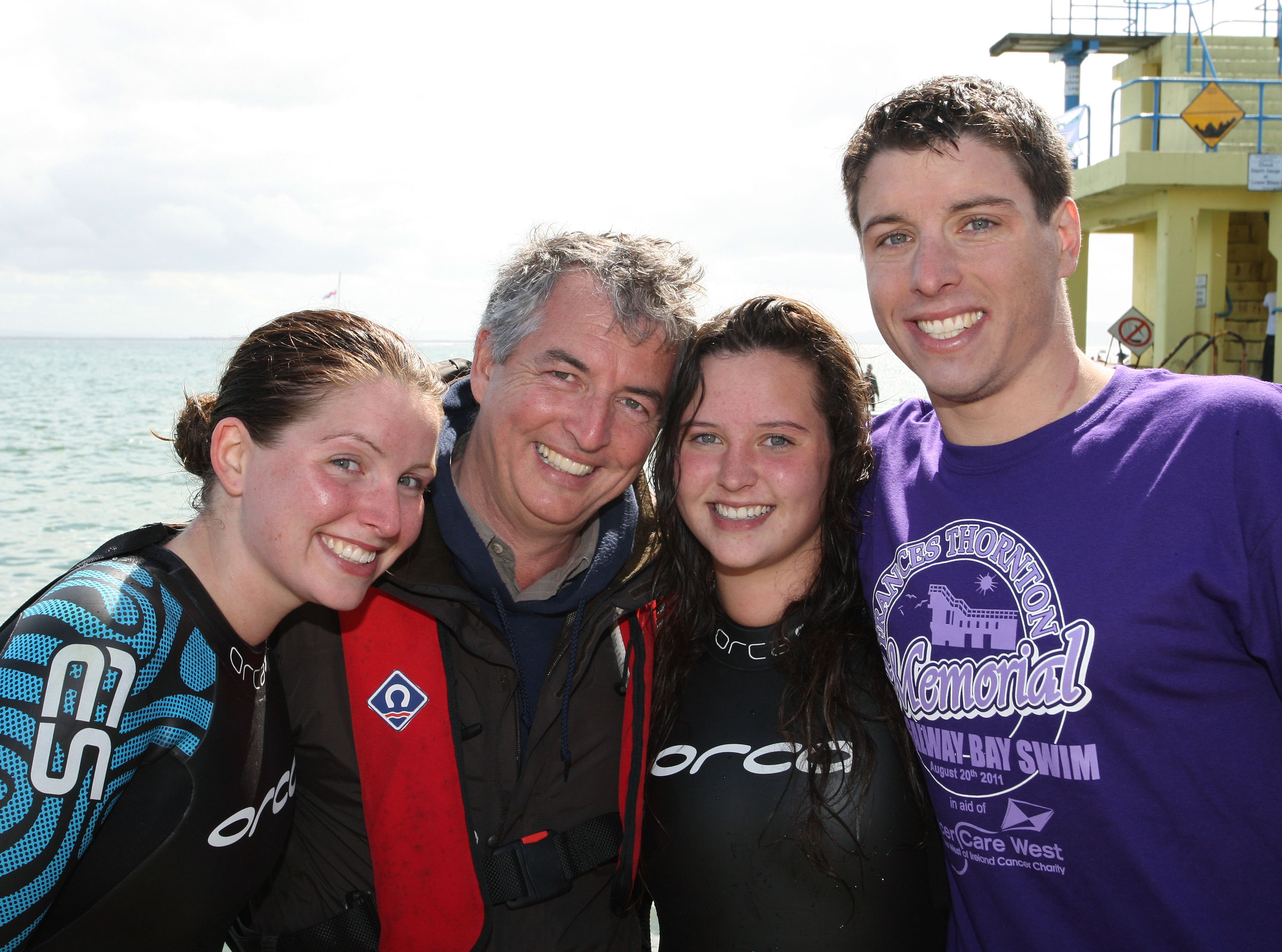 At times during the swim you’re 6km from shore so we need a boat per person to do the swim for safety reasons so we get boats to volunteer their time and their fuel, and that’s their contribution to the charity.

Some of them have been doing it for ten years and it’s just great to see.

JOE: Even though you work as a physiotherapist, you consider your main job as a professional triathlete. What prompted you to pursue that career?

Kevin: Well I come from a strong swimming background and as a teenager I would have been on national squads but I moved from there onto water polo, where I represented Ireland at the European Championships.

I was on various national squads from 2008 up until 2012 so that kind of paved the way for a career as a triathlete.

JOE: Is it difficult to make a living as a triathlete?

Kevin: It’s tricky… very tricky. The events that I’m focused on aren’t in the Olympics so I don’t receive any funding from Triathlon Ireland. Any income I get comes from me going out and sourcing corporate sponsors or winning competition.

So the onus is on you to go out and train your ass off to get to the level required to win and collect those cash prizes.

It’s not the most financially viable of occupations and I do have to subsidise it with the physiotherapy work and I have some great sponsors as well.

JOE: What is your typical day like, do you roll out of bed at noon and eat a massive fry up?

Kevin: No such luck unfortunately! I get up in the morning at 6.30 and go for a swim until about 8, then I'll try to see two or three patients in my practice before going out for a three to four hour bike ride.

I'll come back and try to fit in a few more patients before either going for a run in the evening or a gym session.

I have to watch my diet, you can't be messing around. I've seen dieticians to discuss my diet and what I should and shouldn't be eating.

I try to eat organic food and stay away from anything processed and I'm lucky enough to have a great sponsor in the form of the Happy Pear who feed me every day. 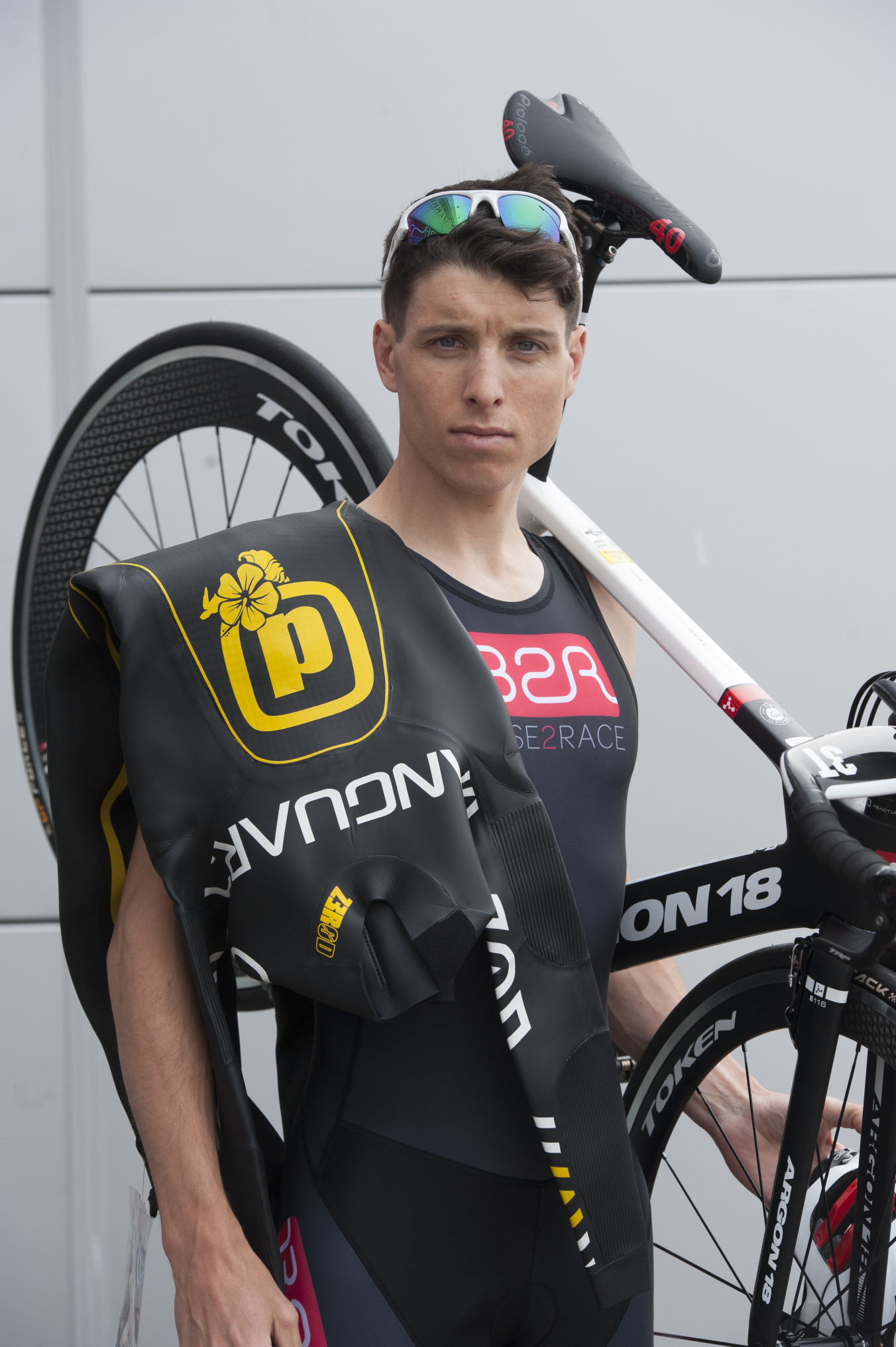 This has helped me cut the excess weight I had from playing water polo where you need to have a bit of weight and muscle in order to wrestle and swim. So I've dropped weight to help me with the biking and running in the triathlon.

I've gone from 90 kg down to about 74kg which is quite a significant drop and has made a huge difference to me during the events.

JOE: And finally, how have the results been going for you?

I’ve been to the Middle East, Italy and Spain and I’ve had some really positive results, but if I want to build a sustainable career, I have to move another level.

I hit all my goals for last year and after some injuries, I’m going well this year.

I won the half Iron man (1,900 metre Swim, 96 kilometre Cycle, 21 kilometre run) in Lough Cutra in Galway and just over three weeks ago I won the National Championships in Athlone.

So all good this year so far and fingers crossed for the future.

You can get more information on the swim and how to get involved either by donating or volunteering at galwaybayswim.com.

popular
Clint Eastwood's final western is among the movies on TV tonight
The Toy Show DJ brothers have been offered their very first gig
The 50 most iconic songs of all time* have been revealed
The JOE Friday Pub Quiz: Week 271
Ryanair's "virtue signalling" claims are indicative of Ireland's view on the Irish language
PCR tests to be required for all international arrivals to the UK
One of the most shocking corporate documentaries ever made is available to watch this weekend
You may also like
2 weeks ago
Taoiseach says he does not anticipate lockdowns over Christmas this year
1 month ago
National Poisons Information Centre issues warning over false widow spiders
2 months ago
Vicky Phelan's new cancer treatment will buy her "at least six months"
2 months ago
Nicki Minaj's Covid vaccine swollen testicles claim "false", says Trinidad and Tobago
2 months ago
New Zealand reports its first death linked to Pfizer vaccine
3 months ago
Tony Holohan urges unvaccinated people to avoid All-Ireland football final and other large events
Next Page