For Tom Clancy's Without Remorse, the objective for Michael B. Jordan's workout plan is slightly different to his previous films.

Black Panther and Creed demanded a certain 'look', which made training like a bodybuilder the main focus. 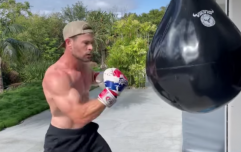 END_OF_DOCUMENT_TOKEN_TO_BE_REPLACED

"The aesthetic part was actually the last part, this time," said his trainer, Corey Calliet.

Calliet is a hugely respected American strength coach and fitness specialist. He has worked in sport, TV and film since 2013, counting John Boyega, A$AP Rocky and NFL star Juju Smith-Schuster amongst his clientele.

For previous roles, Jordan had to build his biceps, chest and quads to a level he'd never reached before.

"I knew I could make him [Michael B. Jordan] look good," said Calliet. 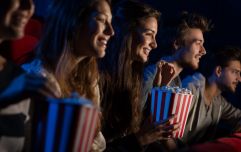 END_OF_DOCUMENT_TOKEN_TO_BE_REPLACED

But this style of bodybuilding training is relatively straightforward when compared to his Without Remorse workout plan.

"I can make you look good and you won't even have to run around or nothing," Calliet added.

He doesn't think cardio is overrated, but says you can build muscle and burn fat quite easily simply by manipulating your diet.

"If you're a bodybuilder, all you have to do is walk on the treadmill.

"I could get there quite easily and be in great shape but without being in good aerobic shape."

How Michael B. Jordan trained for Tom Clancy's Without Remorse 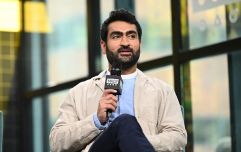 END_OF_DOCUMENT_TOKEN_TO_BE_REPLACED

The concept of no cardio quickly goes out of the window when your client is cast as a Navy SEAL, however.

"Tactical training, the way he held a gun... we need you to think you're looking at a real battle."

But traditional cardio was off the menu.

"We did mostly CrossFit-style training. To me, that's some of the hardest training in the world."

Calliet has trained Jordan "since he threw his first punch in Fantastic Four", and now takes great pride in his accurate portrayal of a Navy SEAL.

Nevertheless, he still had weaknesses that needed to be overcome.

Like a lot of men, legs were not Michael B. Jordan's natural strong point, but there was no chance Calliet was letting him skip leg day.

"We did a lot of work to strengthen his lower body. The stronger your trunk is, the better your upper body is."

Calliet's approach rings true, as your lower body is vital for generating force. Don't think you can boost your bench press without developing leg strength first.

Calliet reinforces this point when he says "for all men out there, if you want to have a better upper body, make sure your lower body is on point".

"I'll give you one of the most intense weeks," Calliet said sternly.

Michael B. Jordan's workout plan comprises two workouts a day alongside weapons training and long hours in front of the camera.

Anyone who thinks Hollywood stars have it easy is wrong.

In terms of the specifics of each workout, Calliet outlines the session as:

Despite filming on set for over 10 hours a day, Jordan wouldn't show much fatigue in the gym.

"He would come in from filming all day, tired, we'd go in the gym and work out and I would be very surprised.

"I would just be like, 'You're supposed to be tired!' but he's mentally strong and tough."

Tom Clancy's Without Remorse is available to watch on Prime Video from 30 April.

This personal trainer has got some of the world's most famous movie stars in shape for the big screen.

This is how you can get the same superhero results. pic.twitter.com/sJVNdiuxrQ

popular
Aer Lingus warns customers flying on Friday afternoon to check in at the airport
Lidl to launch its second 'reverse vending machine' in Ireland next week
The JOE Friday Pub Quiz: Week 296
Lidl announce a massive warehouse sale for one weekend only
Dublin's sixth 24-hour bus route launches today
QUIZ: Can you get top marks in this progressively harder capital cities quiz?
The 50 most iconic songs of all time* have been revealed
You may also like
18 hours ago
7 great new (and classic) additions coming to Prime Video in June
20 hours ago
5 reasons to watch Obi-Wan Kenobi on Disney+ right now
1 day ago
An action film classic is among the movies on TV tonight
1 day ago
The Flight Attendant Season Two is just as funny, smart and mysterious as the first season
1 day ago
The cast of Bob's Burgers has a message for Tom Cruise
1 day ago
This might be 2022's best weekend for new movies and shows
Next Page