I got my nostrils waxed. This is how that went.

"Is this going to hurt?"

Inevitably, this was always going to be my first question in the grooming salon.

Over the last few years, one particular hair in each nostril had taken it upon themselves to try to make a run for it, somehow overnight going from a regular-length nose-hair to something Rapunzel would be proud of. 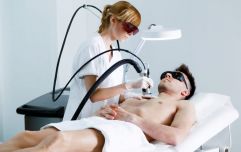 Laser hair removal for men: it's no big deal

END_OF_DOCUMENT_TOKEN_TO_BE_REPLACED

The single-pull of getting rid of the errant hairs was never pleasant, very often bringing a tear to the eye.

Ditto the electronic device created specifically to get rid of nose and ear hair, primarily because it looked and sounded like a mini-garbage disposal machine that you really shouldn't be putting inside your head.

Complaining again that the rando-hair from my nostril was now practically tickling my top lip, a friend simply asked: "Why don't you get it waxed off?"

That had never occurred to me before, and now here I am, lying down on what looks like a hospital bed, covered in a single sheet of that weird dentist chair paper. 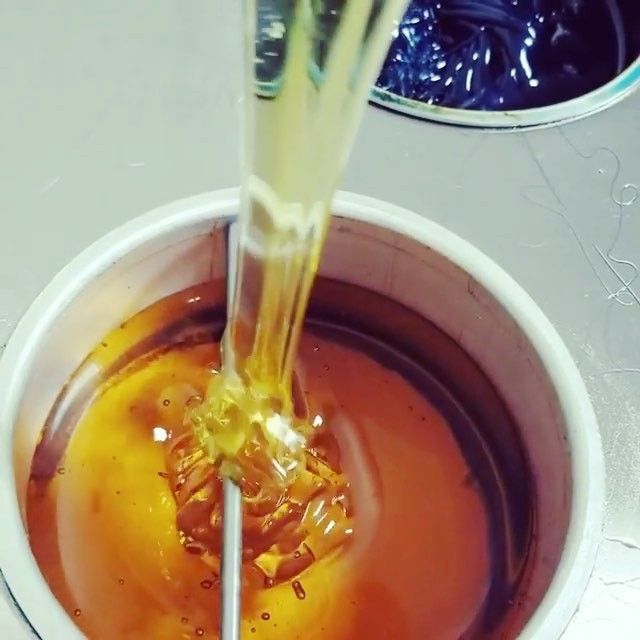 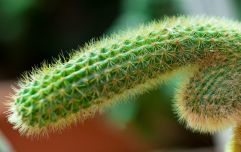 END_OF_DOCUMENT_TOKEN_TO_BE_REPLACED

Asking around before going on, apparently, quite a few people had the procedure done (from this point on, I will refer to it as "the procedure", because that is exactly what it felt like). Usually, it was leading up to weddings or big events, but some other male friends simply had big bushy nostrils and didn't have the patience continually do the upkeep every morning.

"I never noticed you had hairy nostrils before", I said. "Yeah, exactly", they replied. Good point.

So does it hurt? One of my friends said no, not at all, he felt nothing. Another said it was incredibly painful, and instantly scenes of Steve Carrell in The 40-Year-Old Virgin flashed through my mind. The person who would know best would be the lady who performs the procedure a living, so I asked her. 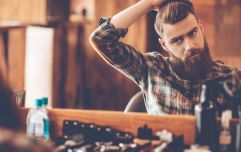 END_OF_DOCUMENT_TOKEN_TO_BE_REPLACED

"No, not really. It will feel a little odd, though."

This much was right. When I entered the little treatment room, one of many in the grooming salon, the lady told me which end to put my head, and then left the room. I hopped up, facing a fluorescent light hung from the ceiling, within arm's reach, and the lady called through the door: "Can I come in?"

I had a sudden panic: had I requested the wrong thing from the receptionist? It was a walk-in service, I was seen with 60 seconds of arriving, it was all so quick, had I accidentally said I wanted a full body waxing and the lady will walk in and wonder why I was still fully dressed?

"Yes?", I said hesitantly, and the lady walked in, tray in hand, filled with items I couldn't immediately identify. She talked me through what was happening once I had explained I'd never had this procedure done before.

Putting hot beeswax on little sticks that looked like someone was reusing them from ice-pops, in it went to nostril number one, coating everything in there. "Remember to breath through your nose, because your nostrils will be full."

Another ice-pop stick of wax, in nostril number two, and she squeezed the nostrils closed, which was a very weird experience. Trying to make conversation, I ask what is the most requested procedure from men in here. Noses and ears. Sometimes it's shoulders, or back, or chest, but mostly noses and ears. How had I not heard of this befo-

"Okay, we're going to do the first one now."

Oh, Jesus. Okay. Here we go. The lady pinched the top of my nose, holding firm on the ice-pop stick, and yanked in a manner that can only be compared to someone using force to reset a bone. The sudden, not-quite-violent-but-still-jarring pull gave a bit of a shock, but she was right, it didn't hurt.

She had a look up nostril one, and said: "We do both nostrils twice, just to make sure that there are no small hairs left behind from the first time." Another ice-pop stick, another layer of warm beeswax, and then she pulled the stick out of nostril two.

And that hurt. I'm not entirely sure why. Maybe the shock of the first one numbed the pain, but the second one did feel like... well, it felt like someone was pulling a clump of hair out of my nose. It wasn't enough to have me yelling out "KELLY CLARKSON!", or even shed a little tear (the nose is a sensitive area, shut up!), but it was enough to make me suddenly fearful that nostril one was full of wax again.

"You okay?", the nice lady asked. My mouth said "Yeah", but my brain was saying it wanted to leave. "Don't worry, that is always the worst one, you won't even feel the next two."

Two? Oh yeah, refilling nostril two with the wax-sticks. I could feel my whole body tense up, but once again, the lady was right. Pulling out the second round on both was painless, and she even went back to nostril two for a third time to retrieve one particularly determined hair.

No more than ten minutes, I was done. The lady passed me a small handheld mirror to look up my nostrils, and there wasn't a single hair to be found. She told me to take my time leaving (so I could fully soak in my new naked nostrils?), and the second she left the room, I put my finger up my nose. It felt... weird. Not bad weird. Not good weird. Just... weird. Even now, hours later, I don't know how I feel about it.

The only thing I do know is that I've no need to go snipping at them in the morning and depending on my personal hair growth rate, I won't need to for anywhere between three weeks and two months. For €12, that feels like it is worth it.

popular
Belgium becomes first nation to introduce compulsory monkeypox quarantine
An underrated Robert De Niro comedy is among the movies on TV tonight
Two men arrested during attempted burglary in Dublin
Tory MP facing drink spiking claims as one fellow politician woke up to find 'nipples being licked'
Met Éireann issue warning for potato blight this week
Coleen Rooney 'confident she's won' Wagatha Christie trial against Rebekah Vardy, according to reports
You may also like
4 years ago
Grooming dos and don’ts before a formal occasion
11 months ago
A Dublin Cafe will pay you €50 if you can finish this MONSTER breakfast roll
11 months ago
Tobacco-free group calls for removal of outdoor smoking areas in Ireland
11 months ago
Three Irish food businesses were served with closure orders in May
11 months ago
Male eating disorders: Breaking the stigma
1 year ago
Cannabis is the "gravest threat" to the mental health of young people, College of Psychiatrists Ireland says
Next Page