Over 3,000 women affected by CervicalCheck IT issue, says report

Multiple announcements are expected to be published today.

Over 3,000 women have been affected by the CervicalCheck IT issue.

According to a new report set to be released today, significantly more patients have been identified as part of the problem that initially saw hundreds of women not receive their results.

END_OF_DOCUMENT_TOKEN_TO_BE_REPLACED

According to the Rapid Review report, the actual number of women affected is over 3,000.

The remaining 2,150 patients had results issued to their GPs but not to them directly.

Last month, the HSE issued an apology to the women affected by the IT issue. Out of the 800 initially thought to be affected by the problem, 52 had since tested positive for HPV.

"Quest Diagnostics had failed to send test results to the GPs of around 800 women," they said in a statement.

"The tests were on samples which were retested because their original mRNA HPV test was carried out outside the manufacturer’s recommended timeframe.

The statement said the HSE had expected "a small number" of women's statuses to change as a result of the retest. 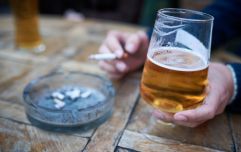 END_OF_DOCUMENT_TOKEN_TO_BE_REPLACED

"That said, we want to apologise again to any woman that has been affected by this issue and we are continuing to keep in contact with them in relation to what has happened and any action that they need to take," they said.

"The delays in results being forwarded are not acceptable, and the HSE’s ongoing independent review into this incident will be investigating this in full detail."

The full report will be published today.

The Big Reviewski || JOE · TBR Spotlight: Loki - Episode Three - 'Lamentis'
popular
The Ultimate Robert De Niro Quiz
Ryanair calls on Eamon Ryan to explain why he is failing to reopen Ireland for air travel
Met Éireann forecasts temperatures in the mid-20s and "possibly higher" next week
A Murder in West Cork review: New doc series fixes one of Netflix's biggest problems
"Too early to say" if return of indoor pubs and restaurants will be delayed, says Stephen Donnelly
TikTok star sentenced to 10 years in prison over "human trafficking"
Irish employers urged to introduce four-day working week for employees next year
You may also like
5 days ago
Public warned of high UV levels in Ireland today during sunny spells
6 days ago
Love Island announces new contestant welfare measures ahead of show's return this month
1 week ago
Limerick vaccination centre to close on five days in June and July for horse racing meetings
2 weeks ago
Three Irish food businesses were served with closure orders in May
3 weeks ago
China confirms first global case of human bird flu strain
3 weeks ago
Roderic O’Gorman confirms children over 6 will need to take PCR test if travelling abroad
Next Page