People with a twisted sense of humour are more intelligent, study finds

Do you like your humour on the darker side? Then you could be smarter than the average person.

According to a new study, people with a dark or twisted sense of humour tend to be more intelligent.

The study from the the Medical University of Vienna, published in the journal of Cognitive Processing, asked 156 participants to look at some darkly humorous cartoons.

To be specific, dark humour was defined as "a kind of humour that treats sinister subjects like death, disease, deformity, handicap or warfare with bitter amusement and presents such tragic, distressing or morbid topics in humorous terms". 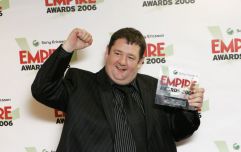 END_OF_DOCUMENT_TOKEN_TO_BE_REPLACED

After looking at the cartoons, the participants were then asked if they a) understood the joke, b) thought it was good and c) found it surprising, vulgar or interesting.

Then the participants were given general tests to assess their intelligence and emotional stability, amongst other personal attributes.

"Black humour preference and comprehension are positively associated with higher verbal and nonverbal intelligence as well as higher levels of education," the authors of the study said.

END_OF_DOCUMENT_TOKEN_TO_BE_REPLACED

But, the same people scored less highly on tests for emotional stability.

As with any study like this, you have to take it with a pinch of salt - 156 people is not a great sample size, and what constitutes a good joke, dark or otherwise, is entirely subjective.

On the other hand, if your friends don't share your dark sense of humour, they probably won't be smart enough to know what a 'sample size' is, so you'll be alright.

The Big Reviewski || JOE · The Big Reviewski with Dune, a mini-Hangover reunion & the best of Timothée Chalamet
popular
CONFIRMED: Nightclubs to open at 100% capacity, 11.30pm curfew has been removed
QUIZ: Can you name all the countries beginning with L?
Brian Laundrie: 'Strong probability' remains found belong to missing fiance
Over 300 vehicles detected speeding in first 10 hours of national 'Slow Down' operation
How to lower your cholesterol - 5 really handy tips
Here's the lineup for this week's Late Late Show
The cast of Succession on the most ridiculously expensive scene in the show
You may also like
1 week ago
Comedian’s Robin Williams impression has fans calling for a full-length film
1 week ago
Netflix co-CEO not going to remove Dave Chappelle comedy special amid ongoing criticism
1 month ago
Sasha Baron Cohen confirms Ali G is making a return
2 months ago
Why improv comedy is the exact night out we all need right now
2 months ago
8 out of 10 Cats co-stars and comics pay tribute to Sean Lock after his death aged 58
3 months ago
Mrs Brown's Boys chat show cancelled this year due to Covid
Next Page