Brought to you by the Irish Association for Counselling and Psychotherapy

Just three out of 10 men would considering going to counselling.

Dublin football star and mental health advocate Philly McMahon has teamed up with the Irish Association for Counselling and Psychotherapy (IACP) to launch the Look After Yourself campaign.

END_OF_DOCUMENT_TOKEN_TO_BE_REPLACED

The campaign seeks to address a recent study which found that only three in 10 Irish men would consider going to counselling. It bears a sharp contrast to women, two of five of whom said they would be very likely to attend counselling. The same study also found that just one in nine men had attended therapy, compared to one in seven women.

Speaking about the new initiative, seven-time All-Ireland winner McMahon said: "Your mental game is just as important as your physical game and the younger generation need to learn this from an early age, that looking after your mental health is key to your overall health. There is no failure in going to see a therapist.”

The purpose of the campaign is to encourage young men to see counselling as something they are doing for themselves.

END_OF_DOCUMENT_TOKEN_TO_BE_REPLACED

McMahon's Dublin teammate and fellow ambassador for the campaign Shane Carthy added: "We need to take the stigma from attending therapy. I myself have attended therapy and found it hugely beneficial. I would recommend all young men who feel like they need to get something off their chest to have a chat with a therapist and look after yourself.”

Also involved in the Look After Yourself campaign is renowned street artist Joe Caslin, who has painted a mural on Montague Street in an effort to normalise the idea of therapy with men between the ages of 24 and 35.

Of the street art Caslin said: "The figures that populate my murals are ordinary people, that in turn become spokespeople for their own experiences.

"The ‘Look After Yourself’ campaign is all about ordinary young males and encouraging them to be vulnerable and speak to a therapist. It isn’t something they should be ashamed of or see it as a sign of weakness; it’s actually a sign of huge strength." 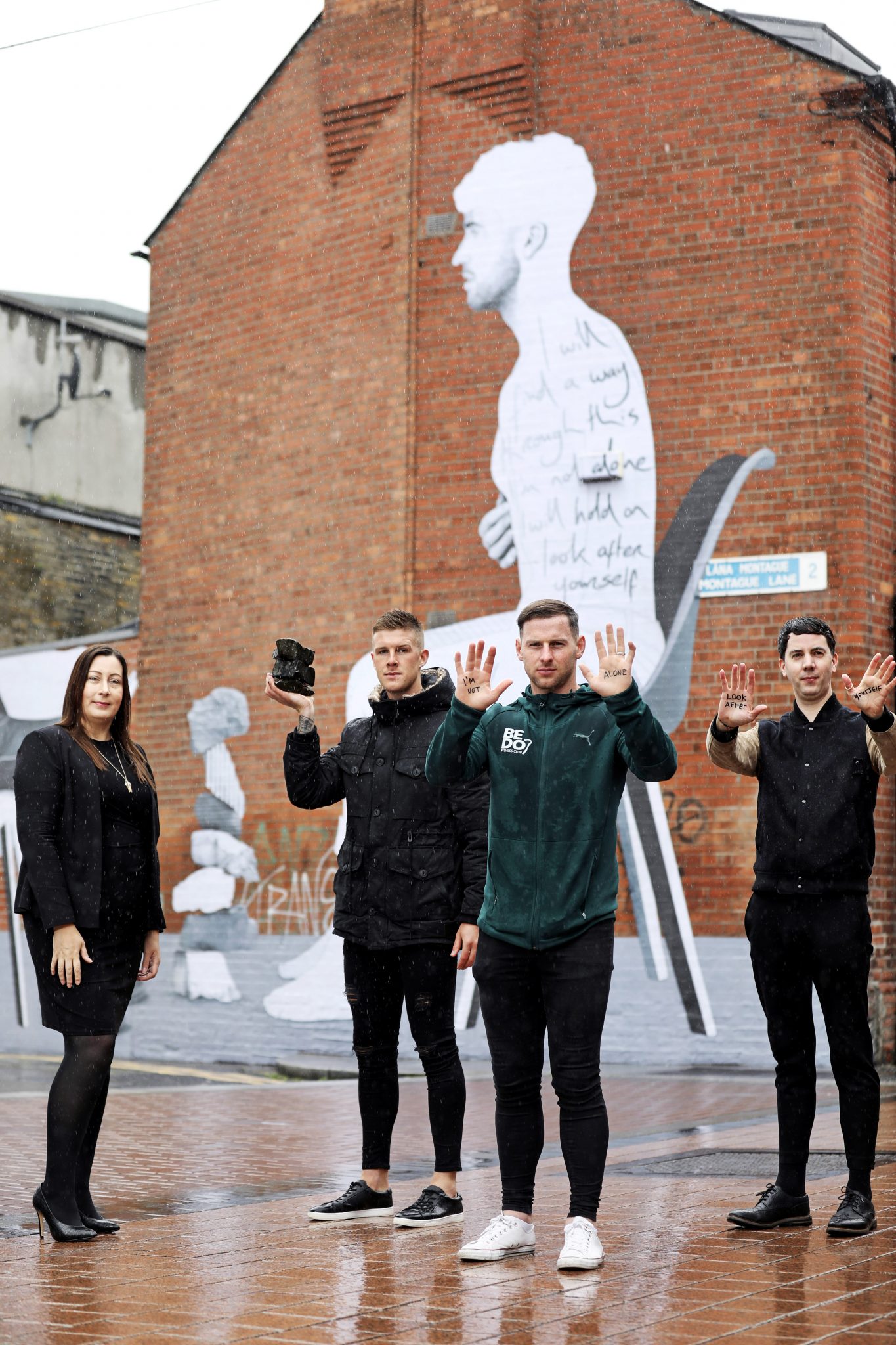 END_OF_DOCUMENT_TOKEN_TO_BE_REPLACED

IACP, the organisation behind the campaign, represents over 4,500 accredited and CPD certified counsellors and psychotherapists in Ireland.

CEO Lisa Molloy said: "These figures show that young men need to be encouraged to look after their mental health. Our hope with this campaign is that it will motivate them to start talking and asking for help. We want to show them that
attending therapy is normal and a safe space for them to be themselves."

Brought to you by the Irish Association for Counselling and Psychotherapy

popular
Man arrested following bloody fight at Dublin Airport
21 dead, including 19 children, following school shooting in Texas
Tributes pour in after Love/Hate actor Stephen Clinch dies aged 52
Irish employment law experts warn employers must find ways for staff to take entitled leave
26 big movies have just been added to Amazon Prime Video
Galway named one of the top 10 best European cities to raise a family
"Hateful" and "transphobic" - Ricky Gervais criticised over jokes in new Netflix comedy special
You may also like
1 week ago
The new version of The Time Traveler's Wife is going to give you all of the feels
1 week ago
The Ultimate Ghostbusters Quiz
1 week ago
Madrí Excepcional want to kickstart your summer by giving you a FREE pint!
1 week ago
Has anyone seen Mr Tayto?
2 weeks ago
Looking to buy a second hand car? Here are some essential top tips to help you out
2 weeks ago
This week's Super Enalotto draw is worth €206.5 million, here's how you can play from Ireland
Next Page