PIC: This unintentionally kinky photo was uploaded to Facebook and caused an Internet meltdown

More than one million views already.

Posting images, videos and notifications on social media can be a precarious thing at times, because once they're out on the web, things can escalate and gather pace beyond the poster's control.

This habit has once again proven to be true after a woman uploaded a seemingly innocent photo to her Facebook account - it was then shared on Reddit - and the Internet went into meltdown.

The image of two young women, in what appears to be a student apartment, has been viewed more than one million times and it's clear to see why. 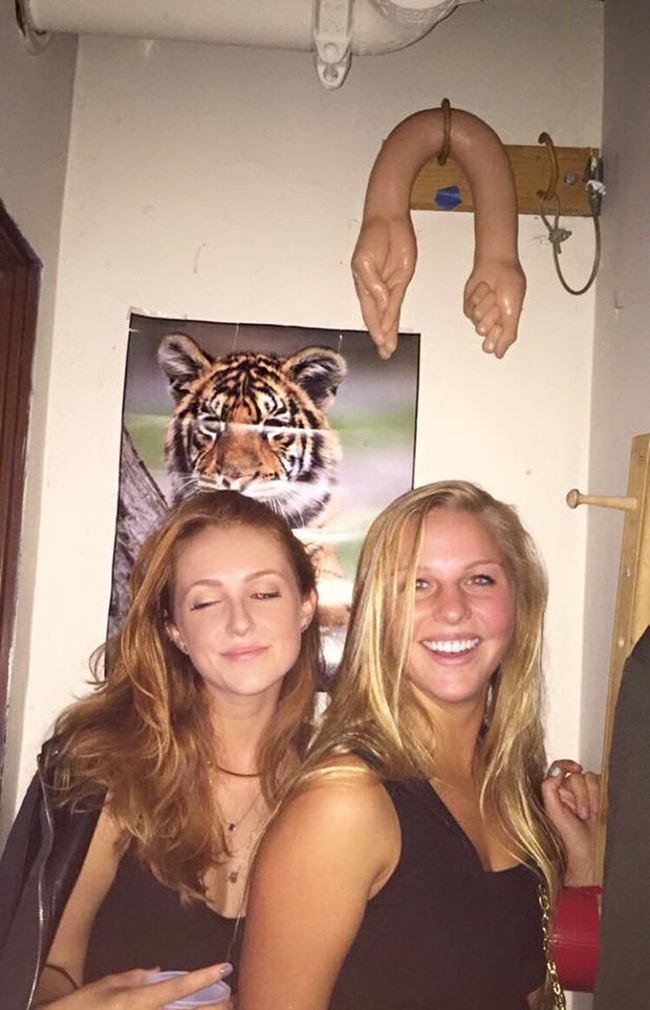 What's that hanging on the wall behind them? It's either Father Ted's fake hands... or else it's a very realistic-looking dual-user sex toy.

popular
One of the best action movies of recent years is finally available to watch at home
The JOE Friday Pub Quiz: Week 278
Gardaí launch investigation after man's body reportedly brought into post office in Carlow
QUIZ: Can you score 18/18 in this tricky geography quiz?
The 50 most iconic songs of all time* have been revealed
"It will be with me until I die" - Charlie Bird opens up about "loveliest gesture" from Daniel O'Donnell
CONFIRMED: Glorious normality beckons as vast majority of restrictions to be scrapped
You may also like
2 weeks ago
Video shows Taiwanese army practicing urban warfare in front of mock Dublin pub
2 months ago
Who started the 'plant one tree for every pet picture' trend on Instagram?
2 months ago
Priest blesses local nightclub in the most Donegal thing imaginable
3 months ago
Make "No Bones" about it - this dog has taken over TikTok
3 months ago
"Only in Dublin" - Viral clip sees three men remove sofa from window with sweeping brushes
3 months ago
Clothing store selling €85 costume inspired by viral Bernie Sanders meme
Next Page