Pic: UL student has probably the best and strangest Movember Mo of all time

A lot of work must have gone into this.

Movember is one of the greatest charity events out there. Millions of men across the globe take part, growing fantastic moustaches and all for a noble cause.

With so many taking part, it can be hard to stand out from the crowd. We're thinking, however, that UL medical student Niall O'Sullivan has probably gone and grown the most gloriously odd moustache in the history of men's upper lips.

This has to be seen to be believed... 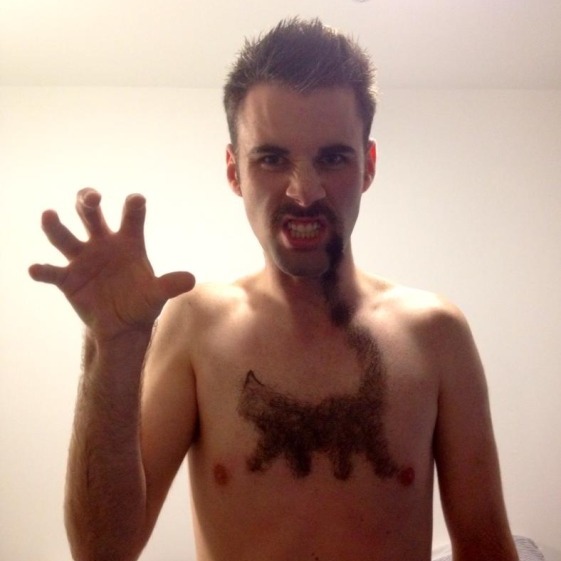 Yeah, we don't think anything could possibly top this. If you are suitably impressed by Niall's effort and want to reward him, you can do so by contributing to his Movember donation page here.

Thanks to Jennifer Gettings for sending this our way

House of Rugby Ireland · Munster's nail-biting win, European games in doubt and Darren Cave interview
popular
QUIZ: Name all the counties of Ireland that contain 3 vowels or more
Recall of Pedigree dog food over safety concerns
QUIZ: Can you correctly identify these European country flags?
The JOE Friday Pub Quiz: Week 226
QUIZ: Can you pass your driving test and guess the meaning of all these road signs?
QUIZ: Can you guess the drink from its can?
The JOE Movie Quiz: Week 84
You may also like
4 days ago
Gardaí rescue woman from car underwater in Limerick
1 week ago
Gardaí search Limerick shebeen with "large amounts of alcohol, playing cards and two open fires lit"
1 month ago
28 individuals identified as being participants in Pandemic Unemployment Payment fraud
2 months ago
Man arrested following aggravated burglary in Limerick
4 months ago
Man arrested after striking woman in the face and stealing her handbag in Limerick
4 months ago
Gardaí appeal for witnesses after 11-year-old girl struck by car in Limerick
Next Page