In Derry, there's a 64-year-old woman with a smokers' cough and a tiny frame going into work today.

A canteen lady, a playground supervisor, an after-school cleaner, she'll spend her Friday controlling nearly 500 children. She'll work with food, with colleagues exposed to the same thing, she'll work around dirt and germs and she'll tackle them like she does every other day.

In Derry, you see, it's just like every other day.

If she was still living in Donegal, where she was raised five minutes down the road from where she's working now, she wouldn't be allowed to do any of these things. Her job would be deemed unsafe, for her and for others. The school closed. The children and workers kept apart for their own good.

In Donegal, you see, it's not like any other day. No, they got the memo that there's a pandemic in the world.

If you're a teacher/student in Dundalk or Inishowen, school is not safe.

Few minutes up the road in Newry or Derry, you have to get on with it because Boris is a fucking plonker.

When world should be pulling together, people's lives being risked to show how mighty the empire is

In Sligo, one friend's classes at the Institute of Technology have been cancelled. Another friend is still bussing it up to Belfast for college.

There's a teacher who works in Enniskillen who's been told it's no longer safe to play Gaelic football, or to train or to meet with his squad of 20. By day though, he has to keep going into work with hundreds more people. He has to share a small classroom with more teenagers than he'd share an outdoor pitch with grown men.

In Dundalk, a wedding is being postponed because they've heeded the advice on indoor gatherings. Months of planning, years of dreaming, tonnes of money being scuppered because there's something bigger and more serious at play here. Cross the border into Newry and they've been told nothing about social distancing, they've been helped in no way with closures or suspensions. Instead, they've been advised to wash their hands and, well, just get on with it. 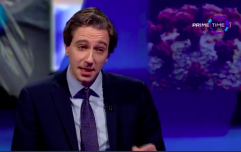 END_OF_DOCUMENT_TOKEN_TO_BE_REPLACED

They might have different governments, they might be receiving different medical advice but these people are living in the same areas, they're sharing lives and playing on the same teams but they're being treated like they're on different planets.

Take two primary schools. One in Derry, one in Inishowen. 1.7 miles apart. The staff and children of Scoil Naomh Bríd in Muff, Donegal are being protected - and so too are their wider families.

The children of Hollybush in Derry? The teachers? The parents and anyone else they might come in to contact with over the next two weeks? They're being risked. 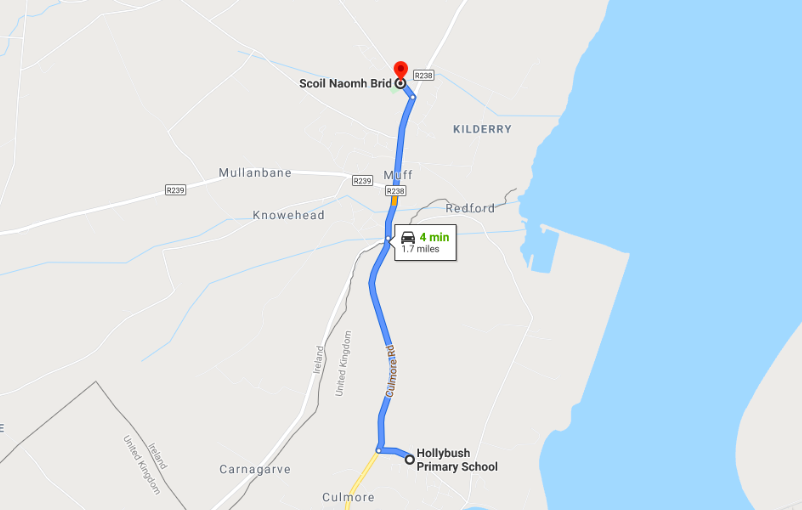 All along that invisible border, you'll see the same thing. Next door neighbours, team mates, family members being treated differently to each other.

One person's life not worth risking, another's we can risk for a little while longer until it gets worse.

One person deemed big enough to make a difference - because that's what happens in a pandemic. Another person not deemed significant in the grand scheme of things.

And the only thing you can ask is why. Why is it apparently safer 1.7 miles up the road? Why is it business as usual? Why are the sports banned but the schools aren't? Why are someone's parents more important on one side of the border than they are on the other side? END_OF_DOCUMENT_TOKEN_TO_BE_REPLACED

Why is the Premier League looking at sport all over the globe being suspended, even its own European competitions, but still deciding at 9.31pm on Thursday night that they've enough confidence to carry on completely normally on Saturday afternoon? Why are they doing that 46 minutes before they find out Mikel Arteta has tested positive for CoVid-19? Before they know Chelsea's whole squad is in quarantine. After - after - they've already had to postpone one of their own games because of the risk to the entire club at Arsenal.

How on earth did we get to a fourth day of Cheltenham? It's not just how many people are there, it's how close they are, how touchy they are, how drunk they are, how much cash they're exchanging, how much food they're sharing, drinks they're buying for each other, vomit they're spraying, piss they're leaking.

If Boris Johnson thinks this all makes the UK look strong and mighty and unbowed, he's wrong. It makes them weaker, it makes them selfish and it's going to make them the whipping boys of history because of how downright and pointlessly stupid they've been.

At a time when the world should be pulling together, Boris seems to be opting for a kamikaze mission to try to show how great the empire is, and people's lives are being risked in the process. Someone justified it by explaining the UK are three weeks behind Italy so they don't need to act just yet. That's exactly why they should be acting immediately, rather than waiting for the death toll to surpass a thousand before they put the measures in place.

Johnson doesn't sound tough or uncompromising when he fronts up to the prospect of people dying because of this coronavirus and because of many other diseases. He's just proving he doesn't give a single shit about anyone but himself.

Now more than ever, there's a need for social responsibility, for people to look out for each other, to act consciously, mindful that what they do can impact someone else. Everyone matters in a system like that. They don't matter to Boris Johnson.

So, whether they're in the UK system or not, the schools in the north, their teachers, their students, their cleaners and their canteen workers, they should take their own stand and say no more.

They don't need to risk their own lives or anyone they know just to get to school. And if they're not doing it in Derry or in Newry or in Enniskillen, it could render futile what they're trying to do in Donegal, in Dundalk and in Sligo.

Michelle O'Neill realised a day late that, actually, maybe the six counties should do something about it when all around them are acting. This isn't an opportunity for a united Ireland or anything of the sort, it's just about asking a simple question why it's not safe in one place but it's perfectly normal a mile away.

It's just about pulling together and putting ideologies aside for once to get through this. It's just about looking after the person down the road from you, regardless of what the great mind of Boris Johnson is saying.

Did you watch Normal People?

Then you'll love this reveal-all, Spoiler Special with Paul Mescal and his Irish co-stars...

Did you watch Normal People?

Then you'll love this reveal-all, Spoiler Special with Paul Mescal and his Irish co-stars...

popular
THE JOE FRIDAY PUB QUIZ
QUIZ: Pat Gibson's questions on Who Wants to Be a Millionaire
QUIZ: Name the counties where these Irish towns are located
48 mobile returns, Zoom refusals and more tech
QUIZ: Can you get 10/10 in this Irish sayings quiz?
Pubs can reopen for table service only from 29 June
A weather advisory is in effect in Ireland until Saturday afternoon
You may also like
3 hours ago
What are we allowed to do when Phase Two starts on Monday?
6 hours ago
7 more people with Covid-19 have died, 28 new cases
8 hours ago
Pubs can reopen for table service only from 29 June
9 hours ago
Leo Varadkar confirms acceleration of government roadmap and reduction in phases from five to four
1 day ago
Dr Tony Holohan: No gaff parties, we're in a pandemic
1 day ago
Leo Varadkar says it's better to have "slow and steady" approach to reopening the country
Next Page