"It was a shock to my system, I didn't even think I was sick with oesophagus cancer"

Every year, Lollipop Day raises vital funds to help fight oesophageal cancer and one survivor tells us why we should support that cause.

"I thought there were no symptoms, but it's only looking now that my daughter said they were all there," Ann says.

She was 56 at the time, and the symptoms were for Oesophageal cancer.

END_OF_DOCUMENT_TOKEN_TO_BE_REPLACED

"It was only two or three weeks before the operation. This all happened very, very quickly. It was a shock to the system, because I didn't even think I was sick."

It all began with a series of "horrendous" migraines, which required a change in medicine. However, after having returned to her local doctor several times, due to feeling unwell, she was sent for an endoscopy test.

"I actually got the all clear then, but a few weeks later, I got a call from the doctor. They had noticed something. It turned out that I had Barrett's Syndrome," which causes the lining of the oesophagus (or food pipe) to change to tissue that resembles that of the intestine.

When the results of her biopsy came back, it was found that she had stomach cancer. "Then, they did some tests over a week, and when I went back the second time, they had also found oesophageal cancer."

END_OF_DOCUMENT_TOKEN_TO_BE_REPLACED

"That's important. People have to take note, because I was operated on within a week or so," Ann emphasised, stressing the importance of an early diagnosis. Timing was everything, she said.

"The operation is life-threatening, and it's horrible, as is the recovery. That is very difficult, but knowing the symptoms in advance helps. It's there in the swallowing and weight loss. If you can listen and pay attention at that stage it's important, because it's going to be difficult.

"Your life changes forever. I'm two and a half years out of surgery, and I've made a good recovery. But in the year and a half after the surgery, it was difficult. I wasn't sure where my life was going. You eat every day, but dealing with recovery makes that a struggle.

END_OF_DOCUMENT_TOKEN_TO_BE_REPLACED

"I lost most of my oesophagus and stomach, and trying to deal with that throws everything else into uncertainty. If it wasn't for my family, I'm not sure where I would be. I wasn't sure if I could get back to work, or anything."

One of the major boosts, Ann said, came in the form of the Oesophageal Cancer Foundation.

"Noelle Ryan [the Chief Executive] helped me out by putting me in contact with a person who had what I had. What a difference that made, having somebody who knew what I was talking about because in recovery, it's hard to tell if you had cancer. You look physically well."

Even after having made a recovery, she speaks highly of the foundation.

"Put it this way," she says, "I'm not going to be around for the Lollipop Day fundraising this weekend, but I've brought my box of lollies and left them in work. I've made sure people are taking care of it, so the foundation can continue to do what it does."

She has to end the conversation there, telling JOE that she is heading out for dinner with her whole family, as her son is back from the UK for the weekend. 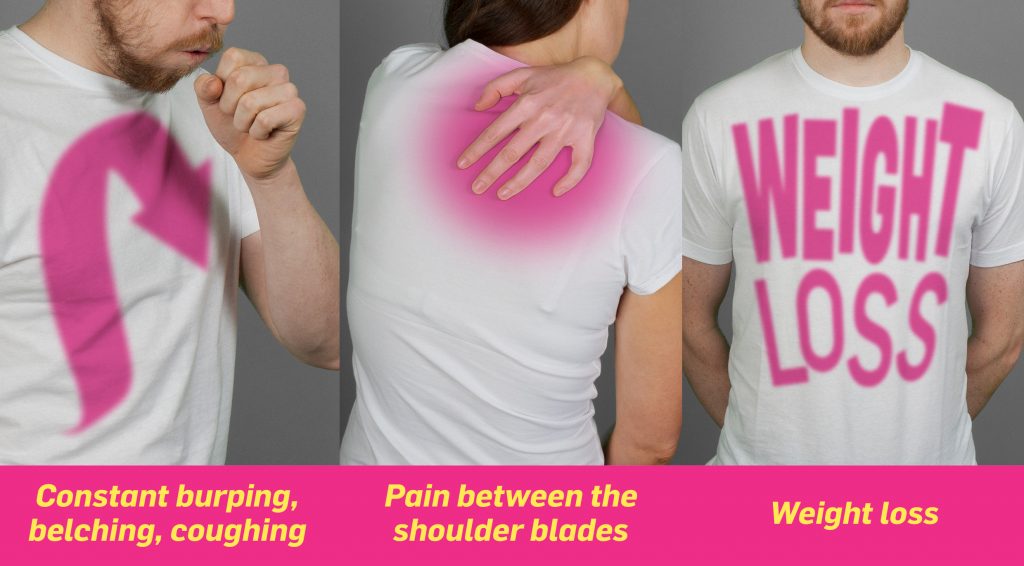 While it might seem like an issue outside our control, in reality, the fight against such cancers as oesophageal cancer is strengthened enormously by public donations, which on Friday 23 and Saturday 24 February can be done by either buying a lollipop or donating to the Oesophageal Cancer Foundation.

One of the major steps forward in the fight against oesophageal cancer was the foundation of Ireland's first national Barrett's Oesophagus Registry and Biobank, which OCF founded and funded. The Registry, which links six Irish hospitals, can help identify at-risk patients earlier and track their progress with regular surveillance, using endoscopies and bioscopies.

Any cellular changes such as dysplasia and/or cancer can be diagnosed much earlier, meaning oesophageal cancer can be addressed in its early and most treatable phase to deliver the best outcomes for patients.

Speaking about the registry, Professor Jacintha O’Sullivan, Principal Investigator of the Barrett’s Oesophagus research programme, said: "We can now record data from every Barrett’s patient on a national database and analyse this data to answer important clinical questions."

"Has there been any increase in incidence levels? How are treatment options changing?

"Discovering that you are in a high-risk category can empower people to take steps to adjust their diet and lifestyle, thus improving their chances of keeping cancer at bay."

Stressing the importance of donations and public support, Noelle Ryan, Chief Executive of OCF, said: "Improving patients’ quality of life and providing support are our priorities and OCF is proud to be part of a national effort which makes treatment accessible and is always pushing the boundaries and progressing options.

"We could not do this without the generosity and support of the public. Curative approaches, Endotherapy and the Registry would not be where they are today for people in Ireland without donations. Please buy a lollipop this Friday and Saturday for €2 – there is still so much to do."

Over the last two decades, oesophageal cancer rates have increased by a total of 25%, with the number rising particularly among men, according to the National Cancer Registry.

The Oesophageal Cancer Fund seeks to raise greater awareness of the symptoms of oesophageal cancer and fund medical research.

All donations can be made to the OCF website here via PayPal or Everydayhero.

popular
Katherine Ryan says famous TV star is a ‘predator’ and everyone in industry knows
The JOE Movie Quiz: Week 181
20 years ago, one of the best sci-fi movies of the 21st century was a box-office bomb
QUIZ: Only the sharpest will get 100% in this General Knowledge test
The JOE Friday Pub Quiz: Week 322
QUIZ: JOE's Big News Of The Day Quiz #19
8 Irish Christmas markets and festivals you need to visit this winter
You may also like
1 week ago
Chris Hemsworth taking "good chunk of time off" following Alzheimer's discovery
1 week ago
Chinese man runs entire marathon in three and a half hours while chain smoking
1 month ago
Government plans to ban smoking from parks and beaches
2 months ago
Drinking tea regularly may be linked to lower mortality risk, study finds
4 months ago
New Spanish hospital to offer "alternative pathway" for Irish patients waiting for routine treatments
4 months ago
People who got Covid at Christmas do not have protection from current wave, expert warns
Next Page