We worry about money the most, but not as much as we used to.

According to research commissioned by leading protection specialist Royal London, money tops the list of things people are worried about the most for the second year running.

They found that 37% of Irish people view money as their biggest worry this year but this is almost 10% less than the 46% who said that money was their biggest concern in 2016. 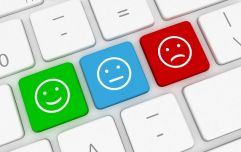 SURVEY: People of Ireland, we need your help to defeat cancer

END_OF_DOCUMENT_TOKEN_TO_BE_REPLACED

"What is surprising though is that there has been quite a drop in the number of people who identified money as their biggest concern in 2017 when compared with last year. 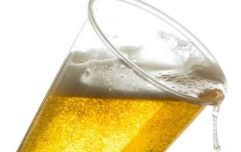 Here are the 15 countries that consume the most alcohol

END_OF_DOCUMENT_TOKEN_TO_BE_REPLACED

"This could this be an indicator that things are on the up for people financially as Ireland is on track to have the EU’s fastest growing economy for the fourth successive year and has a decreasing unemployment rate which last month was at a near 9-year low*.”

The Royal London survey found that after money, 22% worried about their family most in 2017, a big jump from the 14% who said the same the previous year.

Meanwhile, double the number of respondents said they were concerned with loneliness compared to 2016; 8% versus 4% respectively.

They also broke down the concerns and aspirations into age and province and found that money and family remain relatively the same over each age bracket and each location.

The same goes for health. While it is less than 20% of a priority when you're 18-34, focus on health triples when you get to the 55+ age bracket.

popular
County where winning Lotto jackpot ticket worth over €5.5 million was sold confirmed
Amazon Prime Video has just quietly added 15 big movies to its library
Friends co-creator says she's now "embarrassed" by the series' lack of diversity
Netflix reveals full line-up of new shows and movies arriving in July
The 50 most iconic songs of all time* have been revealed
JOE Trailers Weekly - Sylvester Stallone's new crime drama series should be a must watch
Met Éireann issues thunderstorm warning for 11 counties
You may also like
1 month ago
Working in the office more expensive for over half of Irish workers than working from home
1 month ago
'Overhead strength test' and 'glass hammer' included in Ireland's favourite 'builder's pranks'
2 months ago
Three in five young people concerned they can't save for a house deposit
5 months ago
[CLOSED] COMPETITION: WIN a two-night stay at the luxury Trident Hotel in Kinsale Harbour
5 months ago
88% of remote workers would like to continue doing so once restrictions are lifted
5 months ago
SURVEY: WIN an amazing €200 One4all voucher!
Next Page