This could be wonderful news.

Researchers based in UCD have announced a breakthrough in their search for a cure for severe skin disease epidermolysis bullosa (EB).

The disease, which affects roughly 300 people in Ireland, causes severe blistering from even minor internal or external trauma. In its most severe forms, it can be fatal.

There is currently no treatment for Recessive Dystrophic EB, one of the most dangerous strands of the disease, but a team led by Professor Wenxin Wan at UCD believe they have uncovered a therapy that could cure patients by targeting bad genes and repairing them.

"The best part of this therapy is that it would not involve painful skin grafting procedures or risks associated with viral treatments in delivering functioning genes to the skin,” said Dr. Jonathan O’Keeffe Ahern, one of the leading gene therapy researchers on the team.

“We call this the Fed Ex of gene editing – we deliver a biological solution using a simple carrier system.

"Rather like using a postcode, we can send in a genetic scissors to cut out the non-functioning part of a gene and then the repaired cells know to fill that space and permanently repair the gene." 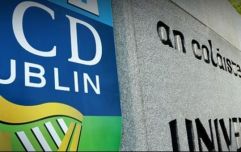 END_OF_DOCUMENT_TOKEN_TO_BE_REPLACED

If the cure does indeed work, it could take the form of something as simple as a gel. Following their latest success, the treatment will now move forward to clinical trial, says O'Keeffe Ahern.

"We have seen some promising results in the lab. With further research, we could expand this to other EB types and even other genetic conditions. We are in the process of forming our own spin-out company to continue to develop this technology and take it to the next step, a clinical trial."

Dr. Sinead Hickey, head of research at Debra Ireland, an organisation which supports those who have the disease, said: "This is very exciting time for people involved in EB research. We depend totally on public funding, and we are now at a stage where every euro can make a vital difference to the future lives of people living with the condition."


popular
Take some time to watch the music video for James Blunt's 'Monsters'
The JOE Movie Quiz: Week 38
Barry Keoghan has never looked scarier than he does in Calm With Horses
QUIZ: Name the missing word from these famous Dumb and Dumber quotes
Chinese student who travelled from Wuhan in isolation in Waterford as precautionary measure
QUIZ: Name the missing word from these famous Derry Girls quotes
Heavy snow impacts flight schedule at Knock Airport
You may also like
2 months ago
UCD and Athlone named best third-level institutions in the country
3 months ago
Cardinal who founded the precursor to UCD has been made a saint
4 months ago
UCD Students Union launch campaign promoting rent-a-room scheme
4 months ago
Housing crisis has spread like a cancer, and now it's infecting our education system
9 months ago
UCD students mask themselves on campus as part of mental health campaign
10 months ago
UCD Students' Union condemn "consent app" email sent to students
Next Page