UK blood donation ban in Ireland to be lifted next month

The Irish Blood Transfusion Service (IBTS) has announced that the permanent deferral of people who had resided in the UK for a cumulative period of more than one year between 1980 and 1996 will be removed next month.

Until now, anyone who lived in the UK between 1980 and 1996 for more than a year has been not allowed to give a blood donation in Ireland.

The ban had been in place over the potential risk of transmission of Variant Creutzfeldt–Jakob disease (vCJD) and included residents of Northern Ireland and the Channel Islands.

"The permanent deferral for one-year residency in the UK was introduced in November 2004," the Irish Blood Transfusion Service said in a statement.

"This resulted in the loss of approximately 10,000 donors and has been a source of annoyance to those donors that they have not been able to donate since that date." 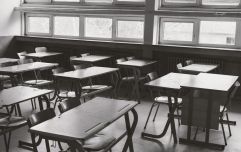 END_OF_DOCUMENT_TOKEN_TO_BE_REPLACED

"The IBTS has to protect the patient who receives blood and this step was necessary at that time. The evidence now available allows the IBTS to overturn this deferral and reinstate those donors."

While there have been four probable cases of transfusion transmission of vCJD, these occurred before the blood services started to remove white cells from donated blood and none of these cases were in Ireland.


popular
Singer Duffy reveals she was drugged and raped while being held captive
QUIZ: The devilishly tricky grammar quiz that will drive you around the bend
Rallies prove that Sinn Féin are playing the game better than anyone else right now
QUIZ: Can you name the capital cities of these 30 countries? (Part Two)
The 50 most iconic songs of all time* have been revealed
These are the 10 most popular movies and TV shows on Netflix in Ireland right now
Netflix's new thriller The Woods will be your next TV obsession
You may also like
9 hours ago
Met Éireann issues snow/ice warning for three counties
18 hours ago
Man stabbed to death in Dublin
19 hours ago
Two separate weather warnings in place as Met Éireann says to expect snow accumulations
1 day ago
Irish citizens advised not to travel to parts of Italy affected by coronavirus
1 day ago
Gardaí warn the public over fake "movie money" in circulation
1 day ago
A 32-year-old man has died following a traffic collision in Kilkenny
Next Page