She caused a crash during the first stage of the race by holding up a sign in front of the riders.

A woman has been arrested in connection with one of the worst crashes in the history of the Tour de France is in custody.

The crash took place in the Landerneau, a small town in Brittany, on Saturday. END_OF_DOCUMENT_TOKEN_TO_BE_REPLACED

The incident happened after a woman held out a sign in front of the speeding peloton which Herman rider Tony Martin hit, causing a huge crash and pileup. Around 50 other riders were involved in the crash, with the incident causing 21 injuries and one rider having to pull out of the Tour.

The Daily Mail reports that just hours before the woman's arrest, Camille Miansoni, the prosecutor of the Republic of Brest, told media there: "Things are progressing well and we hope to be able to explain this event within a reasonable time.

"After the call for witnesses which was launched in the evening, several testimonies were taken.

It is not yet clear whether the woman in question handed herself in or not. Prosecutors had pleaded with the public to help track down the woman. She is accused of involuntarily causing injury and faces a fine of €1,500.

The organisers of the Tour de France, which is the most famous race in cycling and one of the highlights of the sporting calendar, had said that they would be suing the woman once she was caught.

It has not yet been established whether the woman arrested is the same person that caused the crash during the opening stage of the Tour. 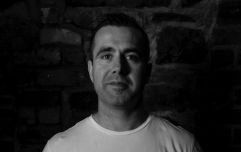 END_OF_DOCUMENT_TOKEN_TO_BE_REPLACED

A doctor who has been working on the Tour for the last 11 years said that the aftermath of the crash resembled a "war scene."

He told L'Equipe: "It looks like a war scene, the same chaos, the same moans, bodies everywhere and tangled machines.

"You can't imagine so much breakage. In the midst of the commotion, the runners getting up and wanting to start again, the most serious cases must be identified.

"In general, these are the ones who are furthest from the accident site, because they have been thrown."

The Big Reviewski || JOE · The Big Reviewski with Ray Liotta, Goodfellas facts & Tom Hanks making us cry
popular
EU lorry drivers vow not to help UK get “out of the s**t they created themselves”
Netflix has just added arguably the very worst movie of the last decade
Gardaí appealing for witnesses after body of man in his 20s found in Dublin's Grand Canal
Four major employers join forces to create Ireland’s first remote working alliance
Up to 90% of petrol stations in the UK have run dry
Here’s what graduates from Irish colleges can expect to earn in the workplace
An Oscar-worthy Margot Robbie performance is among the movies on TV tonight
You may also like
1 month ago
Manchester City's Benjamin Mendy charged with four counts of rape
1 month ago
Kellie Harrington proposed for Dublin's Freedom of the City after phenomenal win
1 month ago
Michael Ballack’s son Emilio, 18, dies in 'quad-bike crash’
1 month ago
Five football documentaries to watch to kill time before the new Premier League season
2 months ago
Gary Lineker to host new ITV game show, Sitting on a Fortune
2 months ago
Basketball Ireland Chief apologises for social media post following controversial England penalty in Euro 2021 semi-final
Next Page