END_OF_DOCUMENT_TOKEN_TO_BE_REPLACED

"What has happened is a colossal military disaster."

It's safe to say we really cannot wait to see this film.  We know you feel the same way too.

END_OF_DOCUMENT_TOKEN_TO_BE_REPLACED

That's why we're absolutely delighted to announce that, with thanks to Warner Bros. Pictures, we have tickets to give away to the Dublin Premiere of Christopher Nolan's epic action thriller, Dunkirk, taking place on Sunday 16 July in The Light House Cinema, Smithfield, at 6.30pm (doors open at 5.30pm). 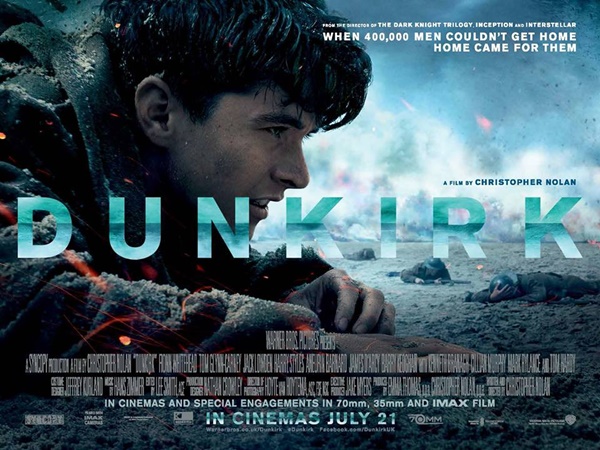 Undoubtedly one of the greatest filmmakers working today, Nolan's take on the events at Dunkirk is based on his own original screenplay, telling the incredible story of British and Allied troops who were trapped on a beach and surrounded by deadly enemy forces.

All you have to do to be in with a chance of winning a pair of tickets to see Dunkirk is answer the very simple question below...

If the excellent trailer is anything to go by, the film itself is going to be incredibly tense...

Dunkirk, Certificate 12A, is released in Irish cinemas on 21 July