The 10 worldwide experiences we'd love to do in the morning

Brought to you by Lotto.

What would you love to do if money wasn't an option?

Imagine that you woke up in the morning with €10million resting in your account? What destinations would you visit or what sights would you most like to see?

With tonight's Lotto jackpot hitting €10million, we've come up with a list of breathtaking places that you could visit or unique things that you could do with your newfound wealth. 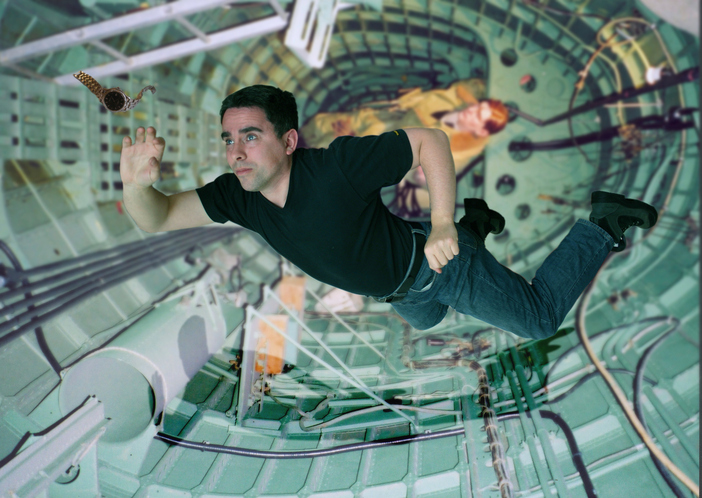 If money wasn’t an object and you want to enjoy an out of this world experience, taking a zero-gravity flight is the one for you. A modified Boeing 727-200 carries out parabolic arcs that actually create a weightless environment to allow you to float, spin and fly as if you were in space. Count us in.

2. Hit the pool at the Ubud Hanging Gardens in Bali, Indonesia 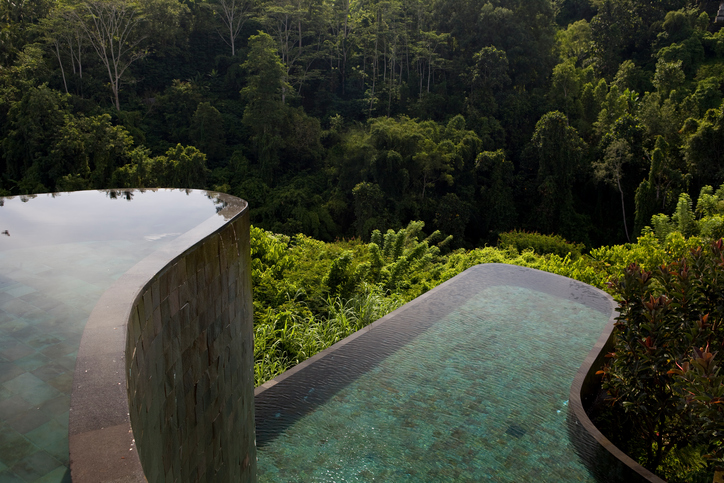 The Ubud Hanging Gardens in Bali has the best swimming pools you can possibly imagine. Their infinity pools sound like something from a Marvel film and they’re every bit as unearthly. Just make sure you don’t slip near the edge. 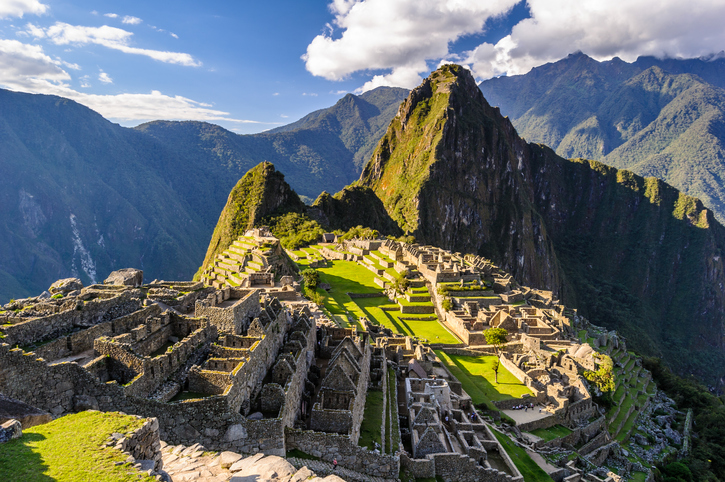 This ancient Incan site in the Andes is just one of those things that should be on everyone’s bucket list. It’s among the most famous ruins in the world and it’s been voted one of the New Seven Wonders of the World. Enough said.

4. Have a dip in the Blue Lagoon, Iceland 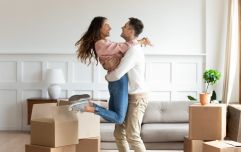 END_OF_DOCUMENT_TOKEN_TO_BE_REPLACED

Iceland’s Blue Lagoon is a geothermal spa that’s typically between 37°C and 40°C so it’s the perfect place for an outdoor dip. The water looks blue but it’s actually white due to the silica in its mineral-rich waters. It’s said to have healing properties and it’s based in a lava field about 40km from Reykjavik. 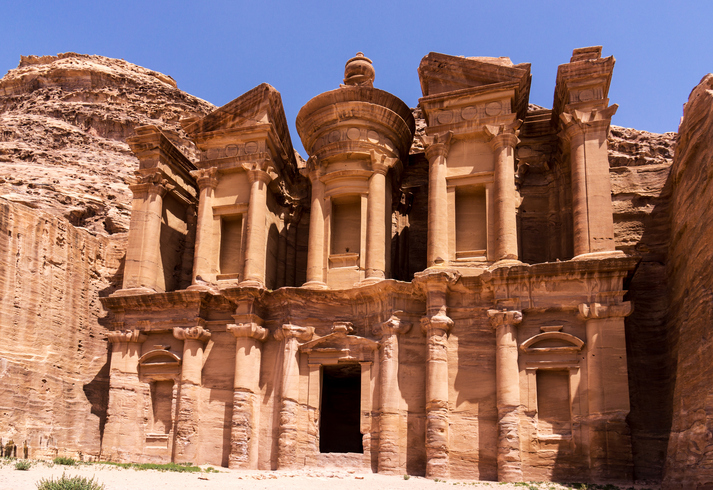 Anyone who’s been to Jordan will tell you what a great place it is but one of its stand out features is the ancient city of Petra, which dates back to 312BC. Carved directly into a cliff, it’s a triumph of human ambition over common sense but it looks amazing! 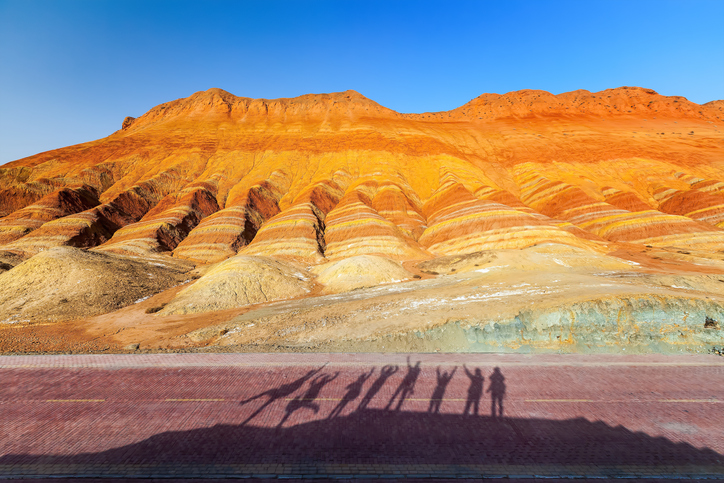 If you look at photos of the The Rainbow Mountains of Zhangye Danxia, it looks like someone has went buck mad on PhotoShop but it really is that spectacular. This UNESCO World Heritage Site is made up of densely packed layers of minerals and rock that give the mountains a stunning range of colours. This is definitely one for Instagram. 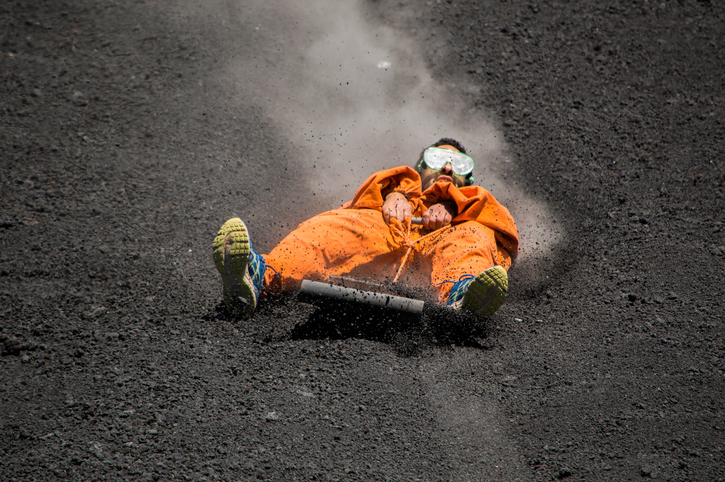 The best sports are the ones that no one else has done. How many people do you know who’s been on an actual volcano never mind volcano boarding. Cerro Negro is an active volcano outside León, Nicaragua. After hiking up, you can either sled down or use a snowboarder to descend it at speeds of nearly 50km/h.

8. Chill out in the Icehotel, Jukkasjarvi, Sweden 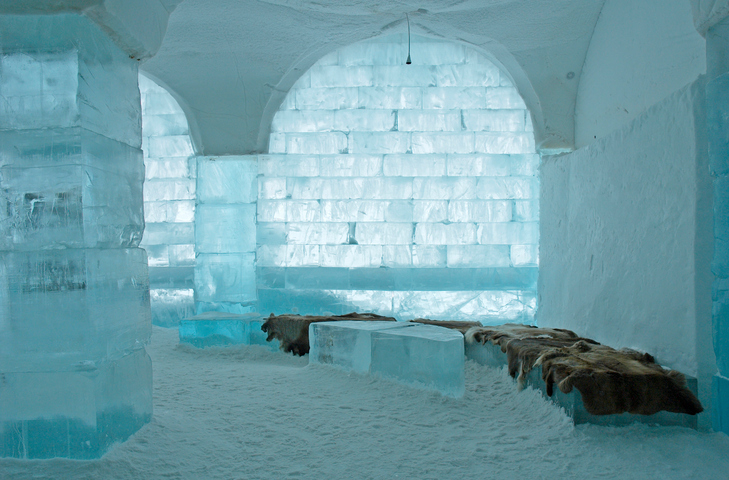 The Icehotel sits north of the Arctic Circle and is made almost entirely from ice. Beds, a bar and even drinks glasses are all made from ice. If you’re looking for a trip to tell your mates about, this is it.

9. Fly over Cappadocia in a Balloon 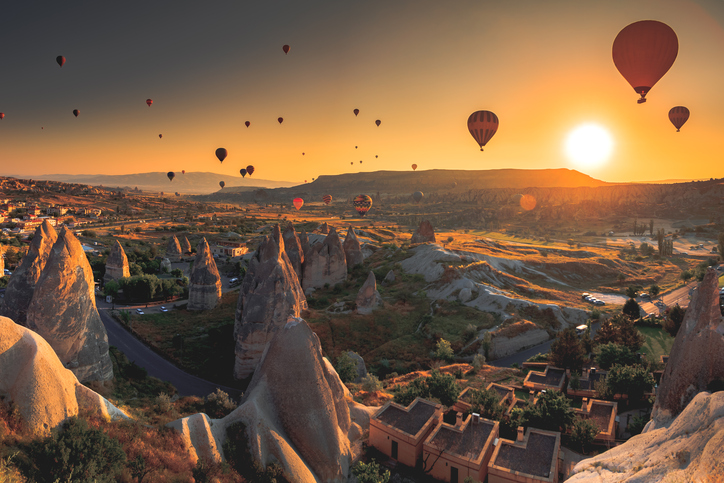 Cappadocia in Turkey has a distinctive landscape made up of “fairy chimneys,” conical rock formations that were occupied by cave dwellers. That would be an impressive sight in its own right but it’s also famous for its balloon rides. Taking to the skies in a balloon really is the best way to see this site. 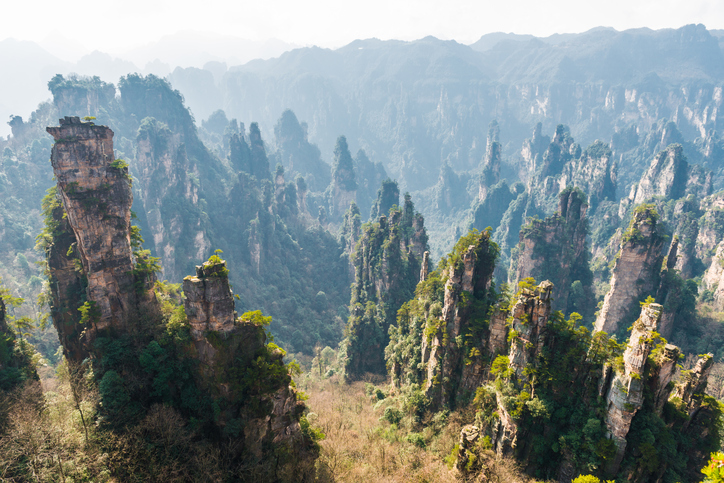 These distinctive mountains were the inspiration for the floating mountains in James Cameron’s Avatar. Tianzi means “son of heaven” and it’s easy to see why a place that looks so ethereal might encourage you to find religion. Spectacular doesn’t do it justice

Tonight’s Lotto Jackpot is an estimated €10 Million. Play in-app, in-store or at Lottery.ie. Play before 7.45pm on Wednesday evening. Play responsibly and play for fun.

Brought to you by Lotto.

popular
Cabinet to decide on €91m vaccination deal
Man arrested and charged for breaching Covid regulations in Kildare
Status Yellow rainfall warning issued for 11 counties
QUIZ: Name all the countries of the EU that contain 2 vowels or less
QUIZ: Can you name all the teams in the NBA from their locations?
Joe Biden inauguration rehearsal paused as Capitol building goes into lockdown
INTO calls on government to reconsider plans to partially open schools
You may also like
20 hours ago
Irish workers urged to check if they are entitled to tax rebates now a New Year has arrived
1 week ago
QUIZ: Can you name these smartphones with their logos removed?
1 week ago
A mysterious new trailer has landed for your first must-watch show of 2021
1 week ago
Two US Lottery jackpots this week are worth a combined $980 million! Here's how you can play from Ireland
1 week ago
The Ultimate Marvel Names Quiz
2 weeks ago
All roads lead to Cheltenham after a busy Christmas period of shocks
Next Page