The 11 unbreakable rules of cooking steak

1. Buy a decent cut of meat

END_OF_DOCUMENT_TOKEN_TO_BE_REPLACED

If you buy a shitty steak, you're going to eat a shitty steak. Unless you're particularly well-to-do, you're not going to be eating steak regularly; it's an indulgence, and one worth spending a bit of extra money on.

That said, a good steak doesn't have to cost the earth. If you're serious about eating a good piece of meat and are up for exploring some of the lesser-known cuts, you need to talk to a butcher.

These people have a wealth of expertise at your disposal, from selecting a good cut to advising you on the best way to cook it, so go in and ask.

If you're buying from a supermarket (and there's no in-store butcher), try to aim for a steak about one inch thick and with a healthy fat content - we're not eating steak to live longer, y'know.

2. Pat down your steak with kitchen towel before cooking 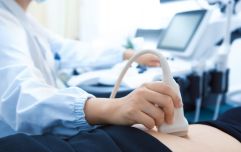 END_OF_DOCUMENT_TOKEN_TO_BE_REPLACED

You want to get rid of the extra moisture on your steak so that it sears rather than steams, and if it's been sitting in the fridge for a bit, it's likely to be pretty moist (sorry for saying 'moist' there... and again there). Grab a couple of sheets of kitchen towel and pat the steak down before slapping it on the heat; it's a little thing but will make a difference to the overall product. Marginal gains, people.

END_OF_DOCUMENT_TOKEN_TO_BE_REPLACED

In addition to patting down the meat, the accepted wisdom is to leave the steak out at room temperature for at least 20 minutes, the theory being that the closer the steak is to its final cooking temperature, the more evenly it will cook. This has been disputed, but it won't do any harm if you're only leaving it for 20 minutes or so. Up to you.

Fat is very important for two reasons. Firstly, it's what makes a steak nice and juicy; it helps stop the meat from drying out and sticking to the pan. Secondly, fat is flavour. Fat is what makes food delicious, and you'd be mad to cut it off. If you don't like eating the fat, by all means leave it on the plate, but don't cut it off before cooking. Fat is protection. Fat is flavour. Fat is everything.

If you're using oil, that is. A nice, fatty piece of steak shouldn't need much greasing, but if you are using oil, lightly brush the steak with a small amount, rather than pouring it into the pan. This ensures a nice, even coating, helps the seasoning stick to the steak and means you won't have a pan of hot oil spitting in your face.

5. Generously season the meat before cooking

You don't need to do a lot to a steak, but as with all cooking, seasoning is absolutely crucial. We're talking big pinches of salt and pepper rubbed into the flesh, more than you think you need, because inevitably some of the seasoning will come loose in the pan.

The better quality seasoning you use, the tastier your steak will be, and the bigger the grain, the better. Kosher salt is a good alternative to table salt, and freshly ground pepper will always be preferable to pre-ground, no matter what you're cooking.

6. Make sure the pan is hot hot hot

A hot hot hot pan is crucial for getting a nice crust around your steak. We're not cooking eggs or making a lovely stew - 'low' and 'slow' are two words we don't want to hear right now. The pan should be starting to smoke before you even think about introducing the meat to it, and always remember to lay the steak away from you so as to avoid getting an eyeful of spitting-hot fat.

A perfect guide to cook a perfect steak pic.twitter.com/vGTDf8ebz5

Since you can't see inside the steak to see how pink it is, you're going to have to work off timings and touch to get your ideal steak. Of course there will be subtle variations depending on the heat of your pan and thickness of steak, but the table above will get you close enough to where you want to be.

If in doubt, three and a half minutes on each side should do the trick: your steak will be cooked enough to eat but not in danger of turning into leather.

8. Leave it the fuck alone

Don't stick a fork in it, don't cut it, don't constantly flip it, don't move it around the pan, don't lift it up to peek at the underside, don't squeeze it, don't kiss it, don't fist-bump it - just don't touch it. You want to get a nice sear on your steak and a nice crunchy crust; you won't achieve this if you're constantly pulling the steak away from the surface of the pan.

You should only touch the steak twice while it's cooking: once to turn it over and once to remove it from the pan. Too much interfering will mess up your steak's crust and dislodge those vital juices, so again, leave it the fuck alone.

9. Well-done is not an option

Come on. That cow died to be on your plate, and you're going to disgrace its memory by turning your steak into a piece of chewy leather? There's the door.

10. Let it rest for five minutes before cutting into it

This is crucial, perhaps the most crucial part of the cooking process. Once it's out of the pan and on the chopping board, leave it be for at least five minutes. When it's in the pan, the muscle fibres tighten up and the juices concentrate in the middle of the steak. We want a juicy, tender steak, not a chewy lump of meat, right?

Letting the steak rest gives the juices a chance to redistribute throughout the steak; if you cut too early, they're just going to run off and go to waste. You can lightly wrap the steak in tin foil if you're worried it'll go cold, but even left uncovered the steak should retain its warmth. Besides, a juicy, tender steak is far more valuable than a piping hot one.

The joy of eating steak is in the steak itself, so don't over complicate it. If seasoned properly and cooked well, the juicy, tender meat should be enough of a pleasure on its own - don't smother it in sauce or, heaven forbid, cheese.

The best way to eat steak is with a portion of fries and maybe a dollop of mustard or peppercorn sauce, but the flavour of the steak must be allowed to take centre-stage. You don't go to a show to see the support act, you're there for the headliner, and tonight the main event is Steak: Live in Concert.

popular
5 years ago, Hollywood took a massive gamble on a huge sequel... and lost big time
Netflix has just added 12 very big movies to their library
One of the most underrated crime thrillers of recent years is among the movies on TV tonight
Netflix backtracks on anti-password sharing measures following user outcry
Tom Hardy set to play Hannibal Lecter-type serial killer in new series
The 50 most iconic songs of all time* have been revealed
Netflix has just added one of the funniest shows of the last 10 years
You may also like
4 weeks ago
Tesco employees in UK receive 'Quality Street tubs instead of Christmas bonus'
1 month ago
Bakery trolled after replacing gingerbread men with 'non-binary gingerbread people'
2 months ago
Toblerone logo has blown people's minds and they can’t unsee it
2 months ago
Heinz Beanz pizzas set to make a return
2 months ago
Cadbury has made a major controversial change to your beloved Heroes tub
3 months ago
Vegan 'almost in tears' after eating Burger King nugget made of chicken
Next Page