James Brown wasn’t fucking around when he sang “this is a man’s world.”

Despite massive advances in women’s rights (we can vote! and own property! and say no to our husbands!) there is still a lot of ground to cover until we get anywhere near equality.

The likes of Daniel Craig, Ryan Gosling and Prince Harry have all spoken out against misogyny and in support of equality, and there are plenty of men out there who would like to support the women in their life but don’t know where to start. If that’s you, read on.

Like, actually listen. No waiting until she’s finished talking so you can explain why she’s wrong, no telling her why the way she feels is silly, and no explaining how you know more about whatever it is that’s bothering her. Try to put yourself into her position, and please don’t jump to conclusions, tell her what she thinks or mansplain.

The hardest thing to hear is that people who share characteristics that you were born with and therefore can’t help are causing other people to suffer. That doesn’t mean it is your fault personally.

If your girlfriend was being hit on by another man in a bar, you’d have something to say about it right? You’d make it clear that she was not interested because she is with you and 99/100 times that would be the end of it. That’s great, maybe a little bit possessive, but by standing up for her you’ve made her feel safe in a world that is statistically very unsafe for women. 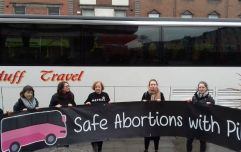 END_OF_DOCUMENT_TOKEN_TO_BE_REPLACED

Now what if you were out for drinks after work and it was your female colleague who was being harassed at the bar, would you step in there? What about your friend from college who is being ripped apart on Twitter for tweeting that we still need feminism, would you intervene and support her? If not, why not? It’s all very well women joining together to tell men that they are wrong to behave in that way, but if you guys stay silent then we will never be heard.

Rather than steaming in with your wealth of knowledge about raging inequality, ask the woman who has chosen to speak to you about this issue what you can do to help. Whether she has ideas or not, it’s likely to lead to a more productive conversation than if you just tell her what she needs to do.

Get as many men involved as you can. The fear of being feminised and attacked for not being enough of a man is strong, but I believe that there are more of you good men out there than bad ones, and you’ll always find strength in numbers. Remember, you’ll have half the population of the world on your side too.

If someone makes a rape joke, call them out on it. By staying silent or laughing along with it, you are trivialising a crime that is committed against 1 in 3 women in their lifetimes. Think of all the women you know and take a second to realise that at some point in their lives one of them has been or will be the victim of rape or sexual assault. You might not know about it and maybe you never will, but that doesn’t mean it didn’t happen.

Now imagine how that woman, who you care about and who has been through such a horrific time, would feel about you if she knew you were making jokes about it.

Because that is straight up BS.

We understand that men suffer from the culture of toxic masculinity that has taken over society, and we sympathise.

It must be horrible to feel that you can’t truly express yourself and have to feign interest in things that are marketed as manly for fear of being rejected by your peers if you don’t.

In JOE's Men Unmasked survey, 73% of the respondents said they didn’t feel like they fit in with the common ‘lad’ image that’s presented by the media, so obviously things have to change for you guys too.

The thing is, I doubt that many of you have a detailed system for getting home after a night out which involves checking in regularly with a friend, sharing your route so they know where you last were if they don’t hear from you, and carrying a makeshift weapon in the form of keys between the knuckles or hairspray for fear of being violently attacked.

Every woman I have ever known has done at least one if not all of those things just in order to feel safe out on the streets. You get paid more, have far fewer expectations placed on you both at home and in the workplace, and are able to command respect even when you’re plain wrong. Until women are able to do all of those things, we need your support.

END_OF_DOCUMENT_TOKEN_TO_BE_REPLACED

If your girlfriend gets really angry about being harassed in the street for the nine billionth time that week, she’s not crazy.

If your sister-in-law goes mad at your brother for not bothering to tell her he’s going for a drink after work leaving her to do the kids’ dinner, bath and bed, she’s not crazy.

If your mam loses her shit at you because she has asked you to put your socks in the laundry basket every single day for the last 25 years and you are still leaving them by the door, she’s not crazy.

The fact that they are expressing their anger and frustration doesn’t make them crazy, it’s a perfectly rational response to the system that we’re all trapped in. Of course, if your ex covers your car in post-it notes declaring her undying love for you two years after you broke up, that might be a little different.

Kinda related to the “women are crazy” point, many relationships seem to be built on a foundation of guesswork and suspicion rather than honest communication.

For context, the honest communication is like three feet of concrete while the guesswork and suspicion is like loose leaf tea and salty tears.

If you don’t want to be making endless pots of tea to make up after misunderstandings cause arguments, tell your partner if they've done something to upset you. They won’t think you’re weak, they're more likely to be grateful that you’re not channelling your upset into an entirely unrelated and ultimately trivial incident.

We’re not looking to take all your toys away and keep them for ourselves, we’re asking you to take it in turns and share a bit more.

When society is more equal, everybody wins.

There’s more money circulating and more freedom for people to be themselves without living in fear. If you don’t want that then quite honestly you’re a dickhead. We don’t want to take away your jobs and power, we just want you to acknowledge that we contribute just as much to society as you do and should be rewarded and celebrated accordingly.

There’s a pretty good chance that the women in your life know that there are women around the world who are still banned from driving, are denied basic medical care and access to contraception and are legally the property of their husbands.

That doesn’t mean that they have to accept the injustices that they are confronted with on a daily basis. Saying “things could be worse” is true, but the wider point is that things could be much, much better, for everyone. That’s what we all need to be working towards.

🎧 The Football Spin: Arsenal blow it once again

popular
QUIZ: Can you name every county in Ireland containing the letter 'O'?
QUIZ: How well do you know your chocolate bars?
QUIZ: Can you name all the countries beginning with B?
Tom Hanks says he has "no respect" for those who choose to not wear a mask
McDonald's breakfast returns after months of being off the menu
Eir experiencing issues with data and network "in all areas"
QUIZ: Can you name all the countries beginning with A?
You may also like
7 months ago
Martyrs - What price do women have to pay when we ask them to share their stories?
3 years ago
Women reveal the sexiest parts of a man's body
3 years ago
Bikinis v Burkinis: Egyptian Olympic athlete discusses contrasting beach volleyball uniforms
4 years ago
According to science, this will make you appear more masculine to women
4 years ago
15 brilliant women we wish we were friends with
4 years ago
VIDEO: This woman absolutely floors a man that's trying to pinch her bum
Next Page