The new update is set to arrive tomorrow.

The 2 Johnnies have answered fans prayers as it looks like a third instalment of their explosive GAA catfish story could be on the way.

Over the past few weeks, the duo have been sharing a jaw-dropping story on their podcast about a serial catfish who ‘targeted 40 people’. 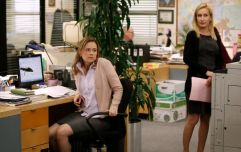 END_OF_DOCUMENT_TOKEN_TO_BE_REPLACED

With more and more revelations every day, the comedians have said they’ll be updating fans soon, as there’s more of the story to come - as reported by The Irish Mirror.

And for those of us who just can’t wait, there's said to be a short update on the upcoming episode of the their podcast next Monday.

Johnny B previously revealed how he connected with a woman on Instagram in January of this year, named Cora O'Donovan.

After starting to get a little suspicious when she kept making excuses not to meet up with him, he was led on a whirlwind journey with numerous many twists and turns, only to find out she was not who she claimed to be. 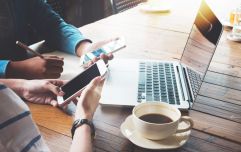 END_OF_DOCUMENT_TOKEN_TO_BE_REPLACED

Johnny B decided to share his experience in the hopes that it would awareness and show people this is a real thing that can happen.

“I consider myself reasonably intelligent," Johnny B told listeners. "But in this story I was very much taken for a fool."

"Here's the thing. This is something that you see on Catfish the television show and you think 'that only happens in America'," said Johnny Smacks. 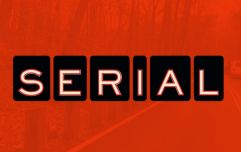 END_OF_DOCUMENT_TOKEN_TO_BE_REPLACED

In the second instalment of the catfishing saga, the two friends sat down with psychologist Louize Carroll, who offered some insights as to why people catfish.

“You might have a need to connect emotionally when you’re in a more vulnerable stage of your life,” she said. “It’s important to have a network around you who can detect that something is amiss when situations like these arise.”

popular
Met Éireann issues weather warning for three counties
An underrated Jason Statham thriller is among the movies on TV tonight
QUIZ: Take your very best shot in this tough General Knowledge Quiz
QUIZ: Can you conquer this delightfully difficult General Knowledge Quiz?
The 50 most iconic songs of all time* have been revealed
A feel-good comedy with a Springsteen soundtrack is among the movies on TV
Here's the average age people lose their virginity around the world
You may also like
3 weeks ago
The 2 Johnnies say over 100 people have contacted them about the GAA catfish
1 month ago
The 2 Johnnies share unbelievable catfish ordeal affecting over 40 people
9 months ago
Joe Rogan tests positive for Covid-19 after telling listeners not to get vaccine
1 year ago
EXCLUSIVE: Listen to Paul Mescal's song ahead of release of new Irish crime podcast series
1 year ago
JOE's new podcast series will be giving weekly breakdowns of The Fast & Furious Saga
2 years ago
Any Scrubs fans out there should really be listening to this podcast
Next Page