In fact, the full top ten of the most important words of the year are here for you to peruse and use more often.

Every year, the Collins Dictionary’s lexicographers monitor the 4.5 billion-word Collins Corpus to create the annual list of new and notable words that reflect the culture of the world and people using those words.

Last year's word of choice - "Youthquake" - wasn't a word that anyone has ever used in real life, but the choices this year do seem to be much more in line with... well... with words that people actually say. 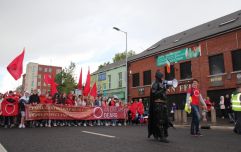 END_OF_DOCUMENT_TOKEN_TO_BE_REPLACED

Topping the list this year is "single-use", which the dictionary described as "a term that describes items whose unchecked proliferation are blamed for damaging the environment and affecting the food chain".

Helen Newstead, head of language content at Collins, told The Guardian: "This has been a year where awareness and often anger over a variety of issues has led to the rise of new words and the revitalisation and adaptation of old ones. It’s clear from this year’s Words of the Year list that changes to our language are dictated as much by public concern as they are by sport, politics, and playground fads."

Here is the top ten in full:

single-use – adjective: made to be used once only 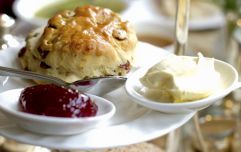 END_OF_DOCUMENT_TOKEN_TO_BE_REPLACED

backstop – noun: a system that will come into effect if no other arrangement is made

floss – noun: a dance in which people twist their hips in one direction while swinging their arms in the opposite direction with the fists closed

gammon – noun: a person, typically male, middle-aged, and white, with reactionary views, especially one who supports the withdrawal of Britain from the European Union

gaslight – verb: to attempt to manipulate (a person) by continually presenting them with false information until they doubt their sanity 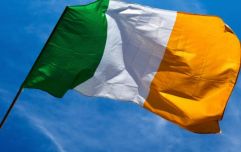 7 Irish phrases you'll know even if you're nowhere near fluent

END_OF_DOCUMENT_TOKEN_TO_BE_REPLACED

MeToo – adjective: denoting a cultural movement that seeks to expose and eradicate predatory sexual behaviour, especially in the workplace

plogging – noun: a recreational activity, originating in Sweden, that combines jogging with picking up litter

vegan – noun: a person who refrains from using any animal product whatever for food, clothing, or any other purpose

popular
The JOE Friday Pub Quiz: Week 314
Jeffrey Dahmer’s dad thinks he knows what’s to blame for son becoming a serial killer
Johnny Depp/Amber Heard trial movie unveils first trailer and it's not good
An Oscar-winning war thriller is among the movies on TV tonight
Community movie finally confirmed – though some major cast members are missing
The 50 most iconic songs of all time* have been revealed
“Megaproject” MetroLink takes next step towards construction
You may also like
4 years ago
Using specific words can be a strong signifier that you're highly stressed out
5 years ago
You might never use these words that comprise the Oxford Dictionaries Word of the Year list
6 years ago
Great news if you love swearing because you're smarter than most
7 years ago
7 inspirational Irish terms of abuse that will instantly make your life better
7 years ago
8 times the Irish language put the Sasanaigh in their place
7 years ago
Scrabble has updated its list of accepted words and English teachers everywhere should be livid
Next Page